Ipsos MORI’s latest Political Monitor poll reveals that half (49%) of Britons believe that the new coronavirus rules over Christmas are not strict enough while two in five (39%) think they are about right. Just 10% think that they are too strict. Two percent say they don’t know. 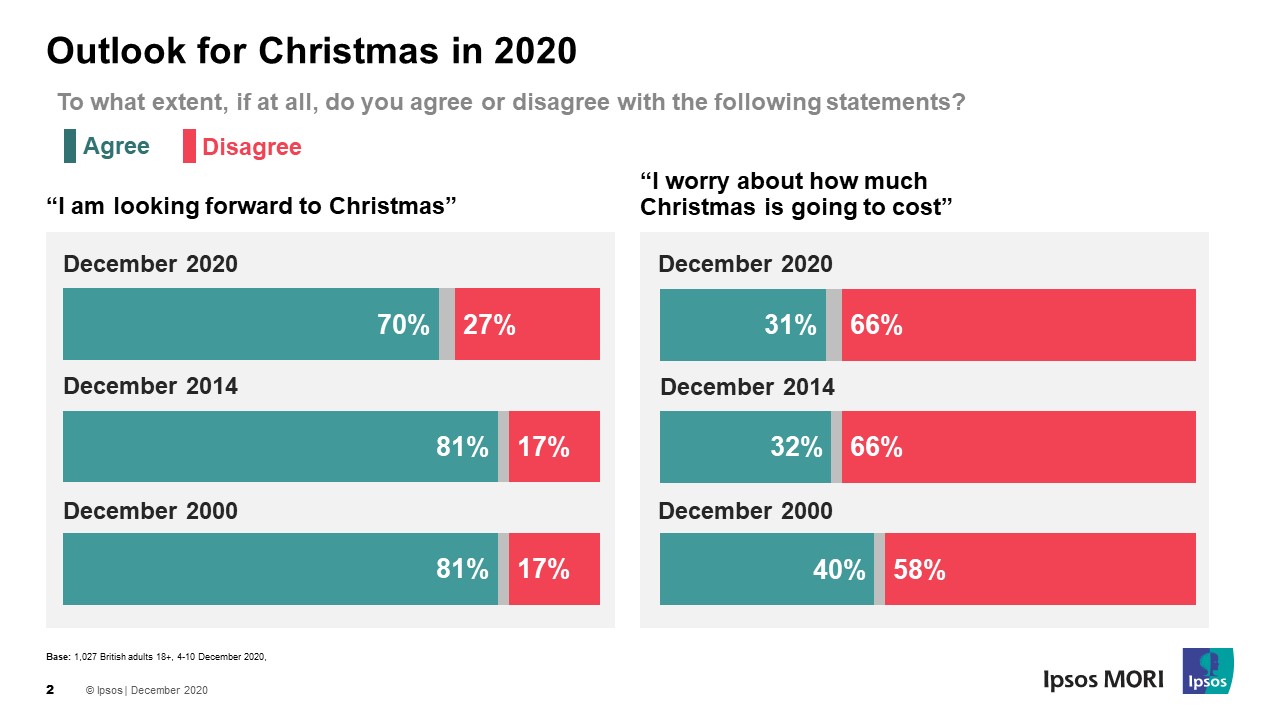 The overwhelming majority of Britons are looking forward to Christmas, but they are split on whether the relaxed rules are strict enough. Some are nervous, with a majority of those aged 55 and over telling us they think the relaxed rules are not strict enough and a third of this age group not looking forward to Christmas more generally.

Ipsos MORI interviewed a representative sample of 1,027 adults aged 18+ across Great Britain. Interviews were conducted by telephone 4th – 10th December, 2020 Data are weighted to the profile of the population. All polls are subject to a wide range of potential sources of error.