The August 2019 Ipsos MORI Issues Index shows Brexit continuing as the public’s biggest concern: 60 per cent mentioning it as one of the biggest issues and almost half (47%) seeing it as the single biggest worry. These results are very similar to the picture in July, with top line concern twelve percentage points lower than it was in April (72%). However, public concern about Brexit remains elevated.

There have been increases in public concern about crime and the NHS in last month. Forty-three per cent mention the NHS as one of the biggest concerns for the country (up 4ppt since last month) and 29 per cent see crime in the same light (also up 4ppt). Current public concern about crime is now at a level last recorded during the London riots in 2011. 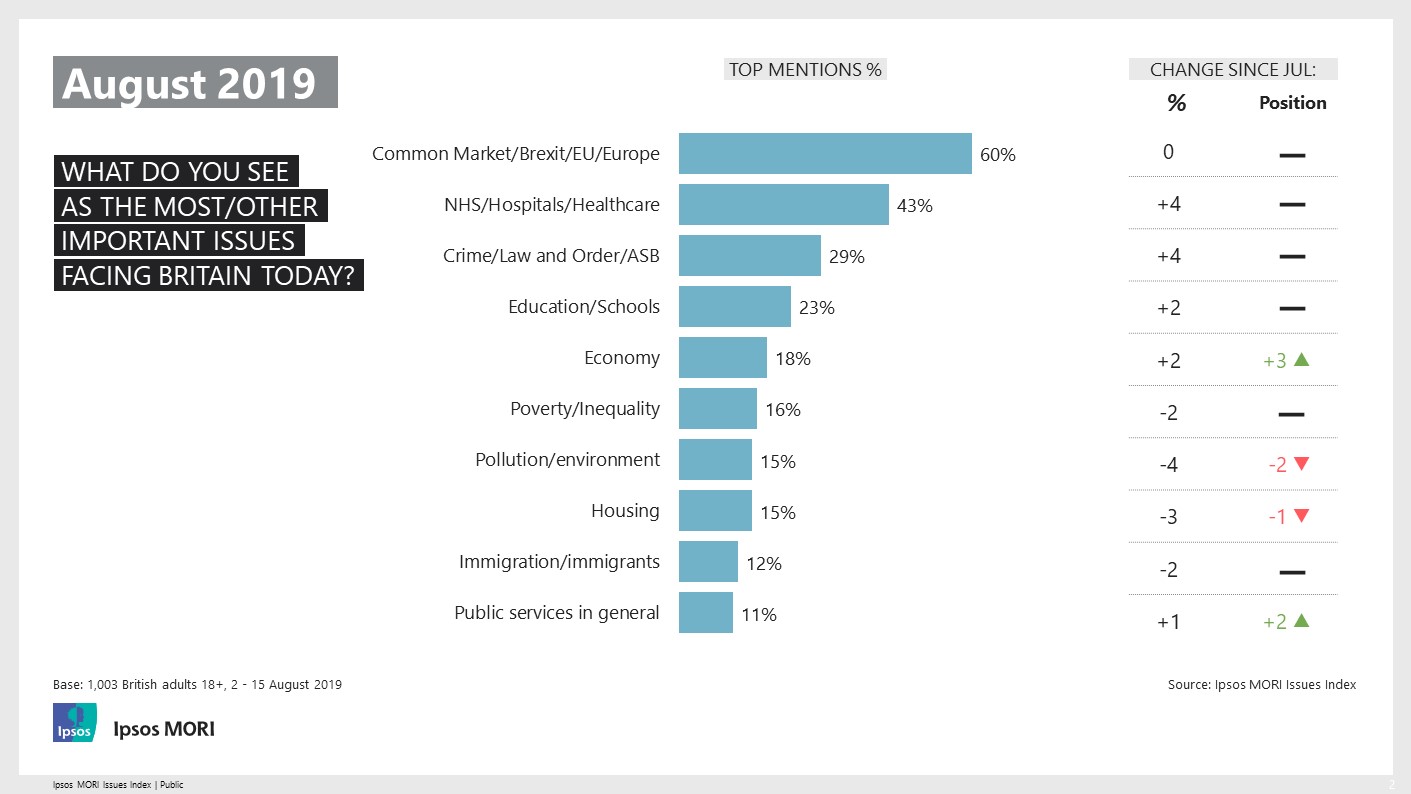 Worry about crime varies between different types of Britons. Those living in England are more concerned – 39% of Londoners mention crime as a big issue, as do 35% living in the north of England, while just 18% of Scottish residents do the same. 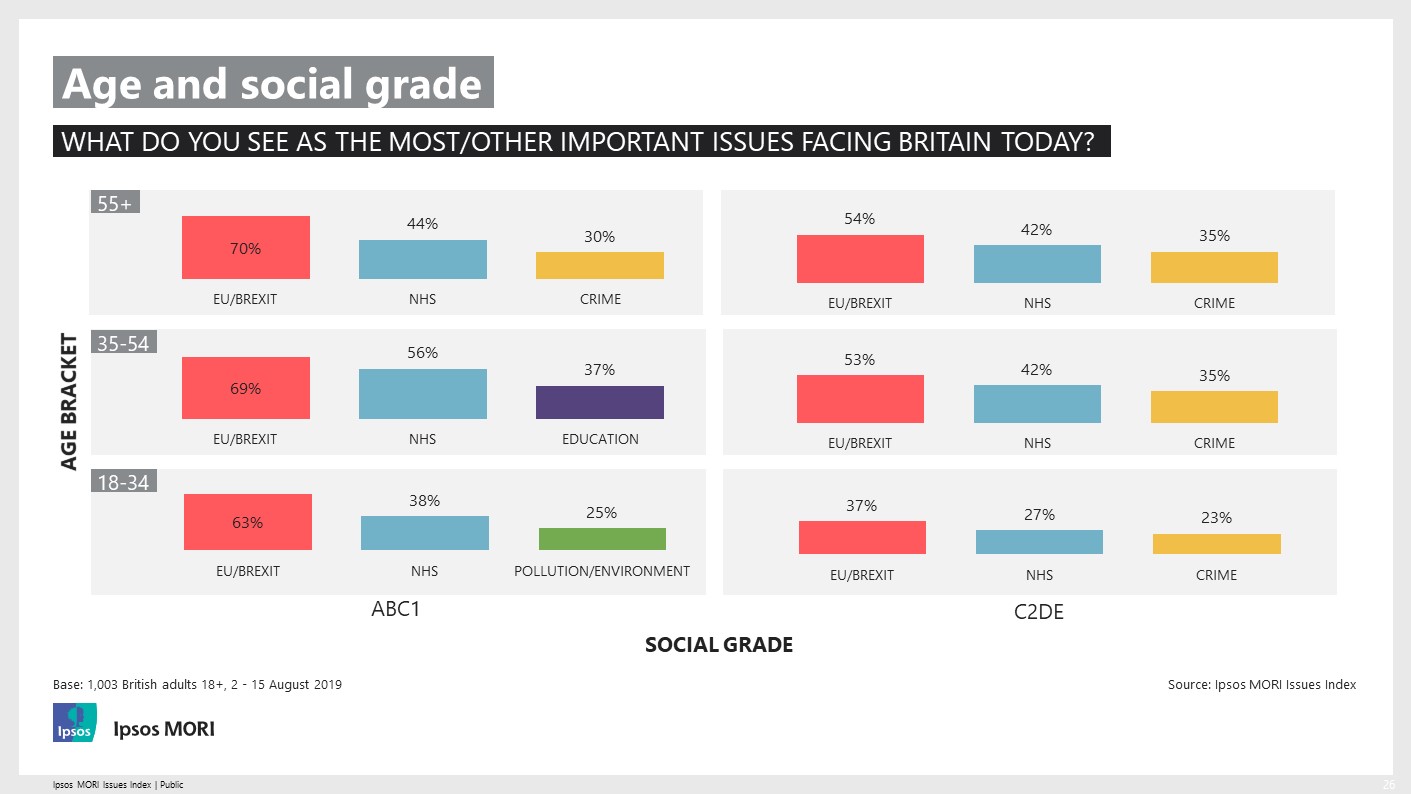 Brexit remains the nation’s biggest concern by far, a position it has held for fourteen months straight. However its position relative to other issues has slipped. For only the second time since the riots of 2011, three in ten Britons now see crime as a major worry, while in another recent high more than four in ten mention the NHS as a big concern. These results show that underneath the headline of concern about Brexit, the British public’s remain worried about a number of public services and social issues.