A new Ipsos MORI online poll finds that over half (56%) of Britons believe that the Government’s communication about what to do in response to lockdown is clear, while a similar proportion think it is providing about the right amount of information on how they should respond to the coronavirus.  However, the survey, conducted between 15th -18th May among Britons aged 18-75, also finds a fall in the number of people happy with the clarity of the Government’s communications, down 34 points from the very high figure of 90% just after lockdown first started at the end of March. 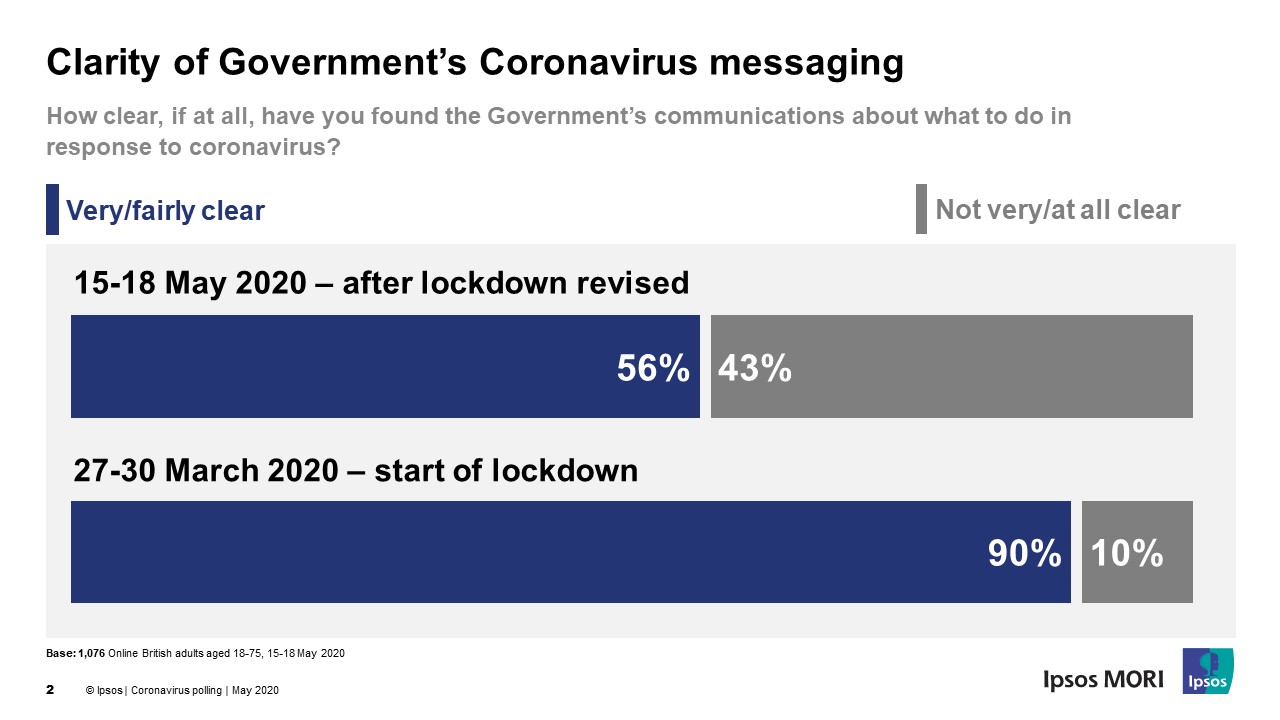 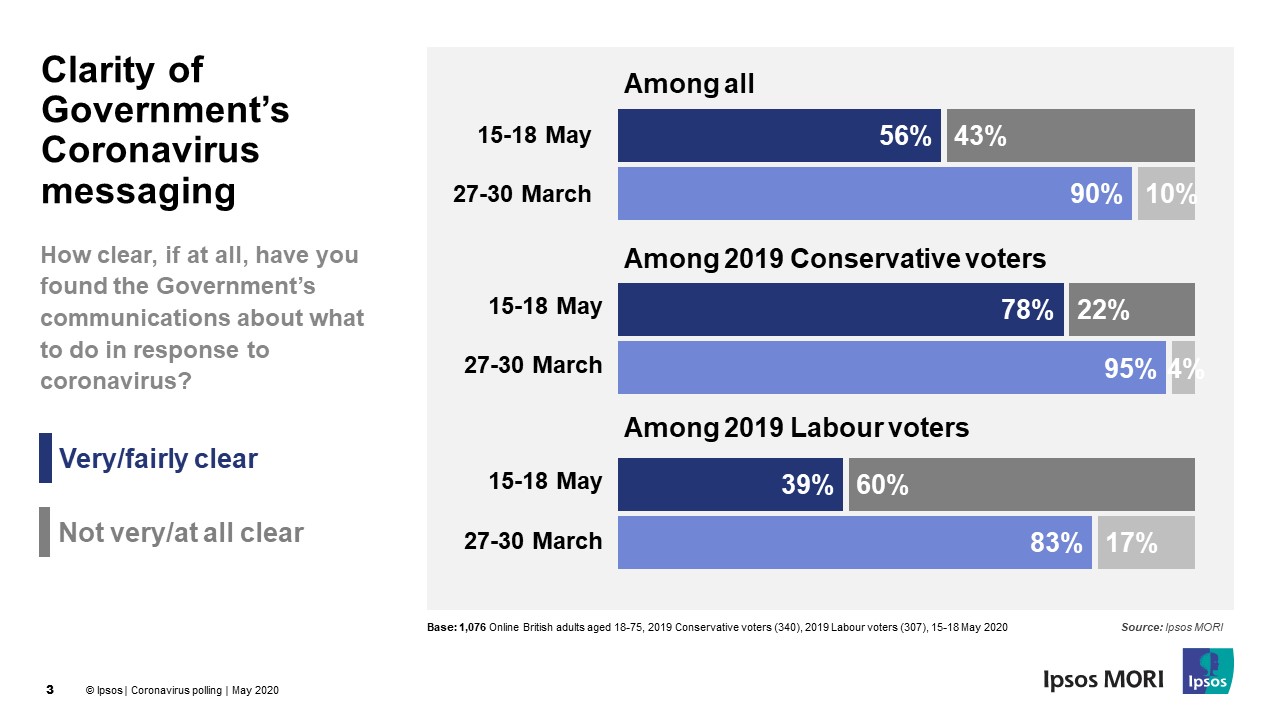 This fall is particularly noticeable among those who voted Labour in the 2019 General Election. At the end of March 83% of Labour voters felt the Government communications were clear, but this has now fallen to 39%. 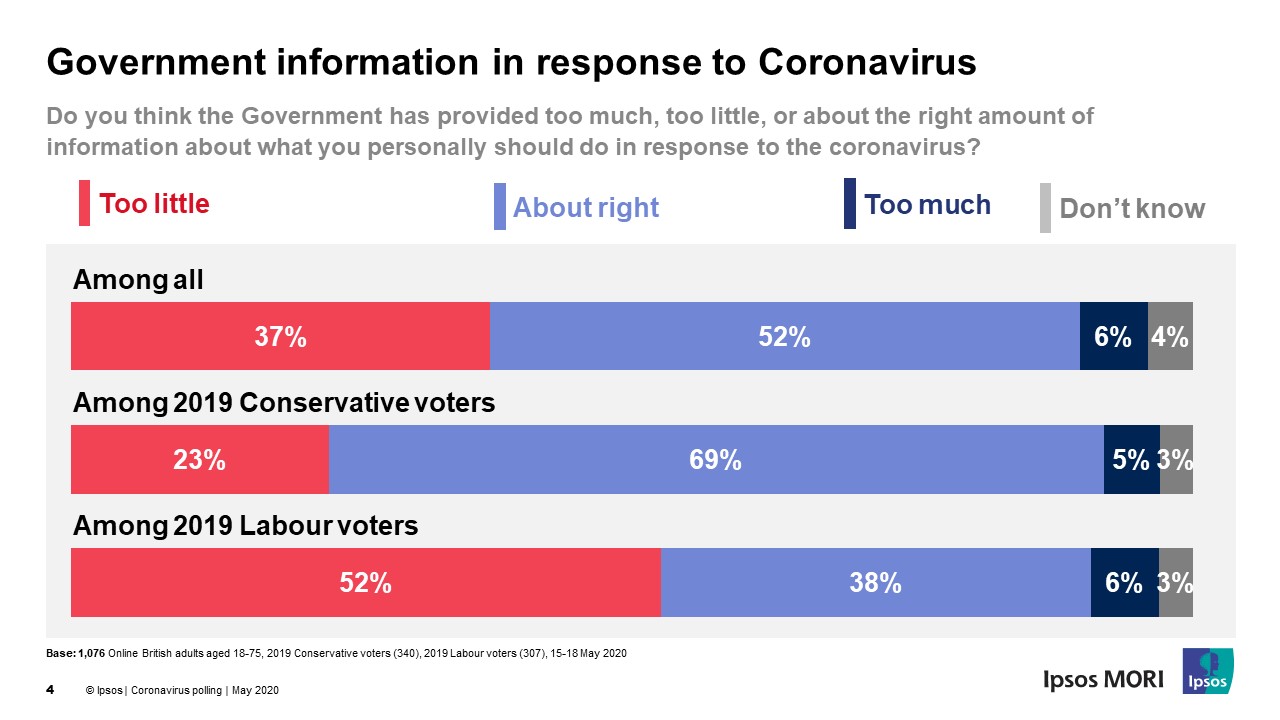 Around half of Britons (52%) also believe that the Government has been providing about the right amount of information about what they personally should do in response to the Coronavirus.  Just over a third (37%) think it has provided too little, and just 6% too much.  2019 Labour voters are again most critical, with 52% believing the Government is doing too little. 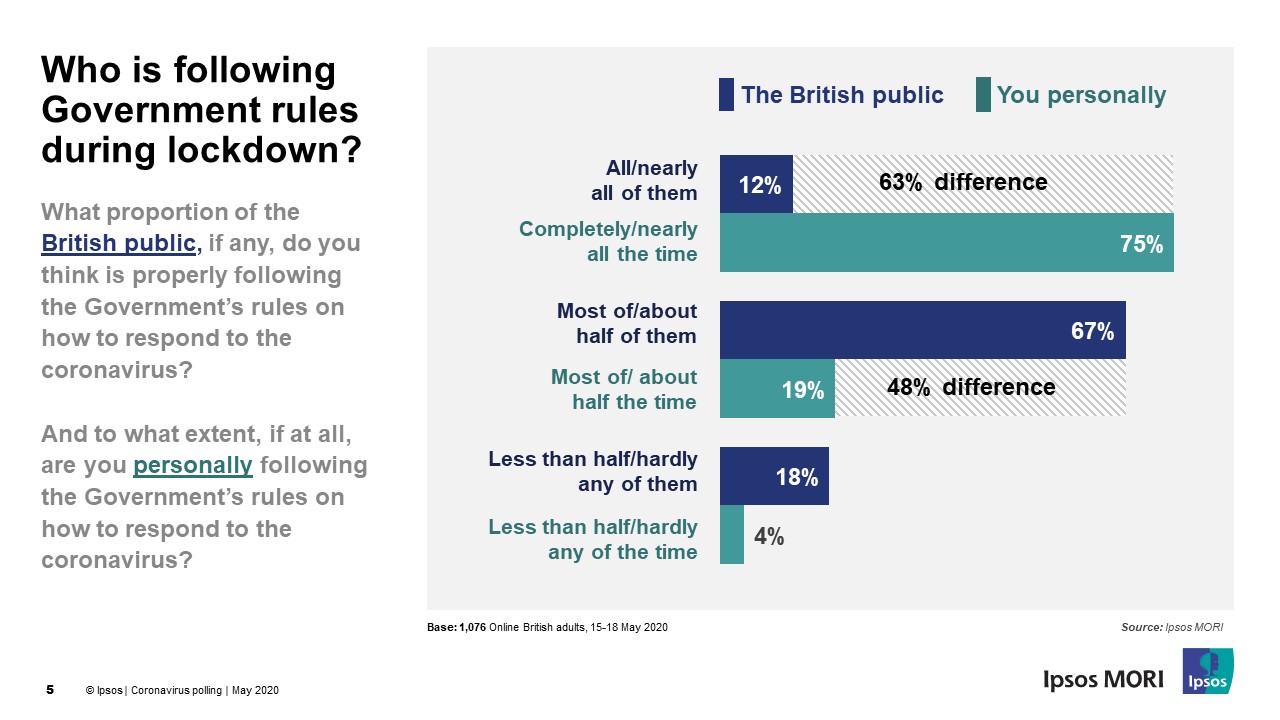 It’s positive that the majority of Britons still believe the Government is providing the right amount of information, and that it is seen as clear. Nevertheless this has fallen from its very high score back at the start of the lockdown, although some of this was probably to be expected as the campaign shifted from a very simple, clear message to a more conditional one.  What we have begun to see is a move away from the bipartisanship which marked moving into lockdown, reflected in the increase in criticism among Labour supporters.
More broadly, most people do think the information campaign is being effective in getting most people to follow the rules.  But there is a difference between ‘most’ and ‘nearly all, although mainly when Britons are thinking of other people rather than themselves.  This gap could be caused by a number of factors – lack of knowledge, the impact of negative media stories, or people just giving themselves more of the benefit of the doubt – but if it continues could be a cause for concern.

Ipsos MORI interviewed a representative sample of 1,076 British adults aged 18-75 online between 15th and 18th of May 2020.  Data are weighted to the profile of the population