In a new survey by Ipsos MORI, almost 9 in 10 (86%) Britons say it is either essential or important for people to wear a facemask in certain public situations, such as shopping or using public transport, to stop the spread of coronavirus. More than 1 in 3 (37%) say it is essential.  Just 1 in 10 say it is not important. 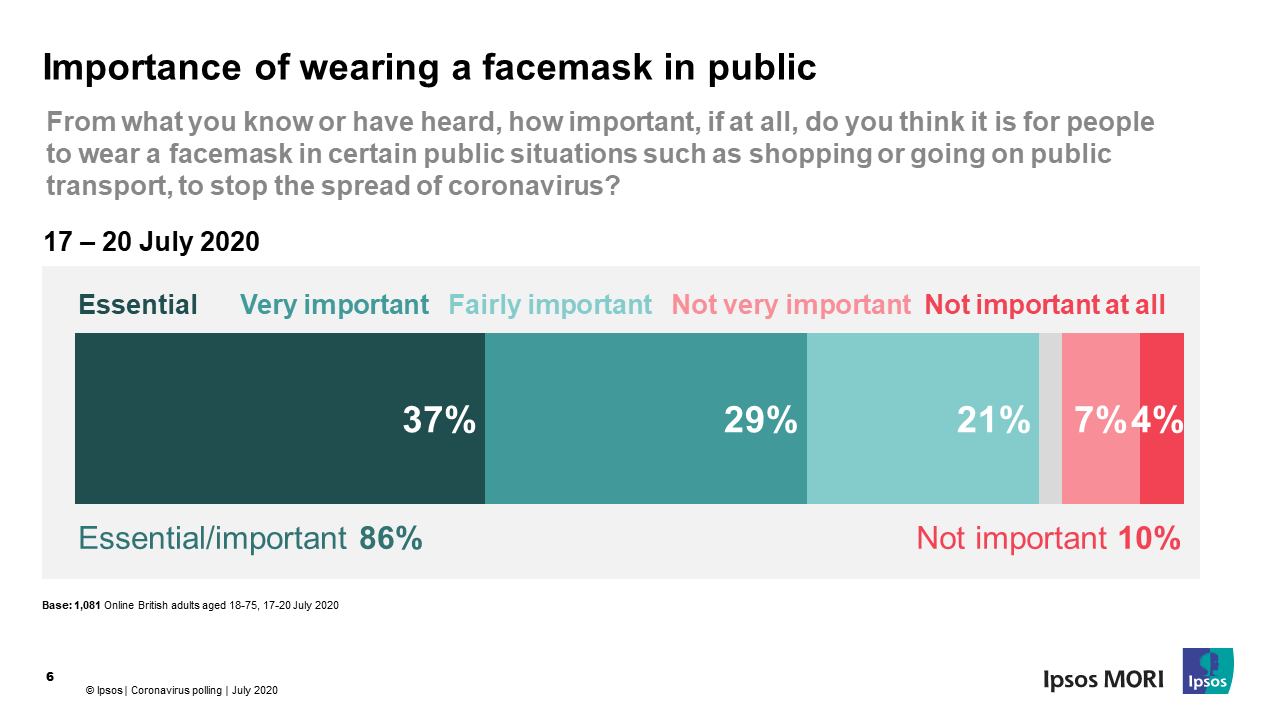 Two-thirds (67%) of Britons support making it the law to wear a face mask in shops. Just 16% oppose. 13% neither support nor oppose and 3% say they don’t know. 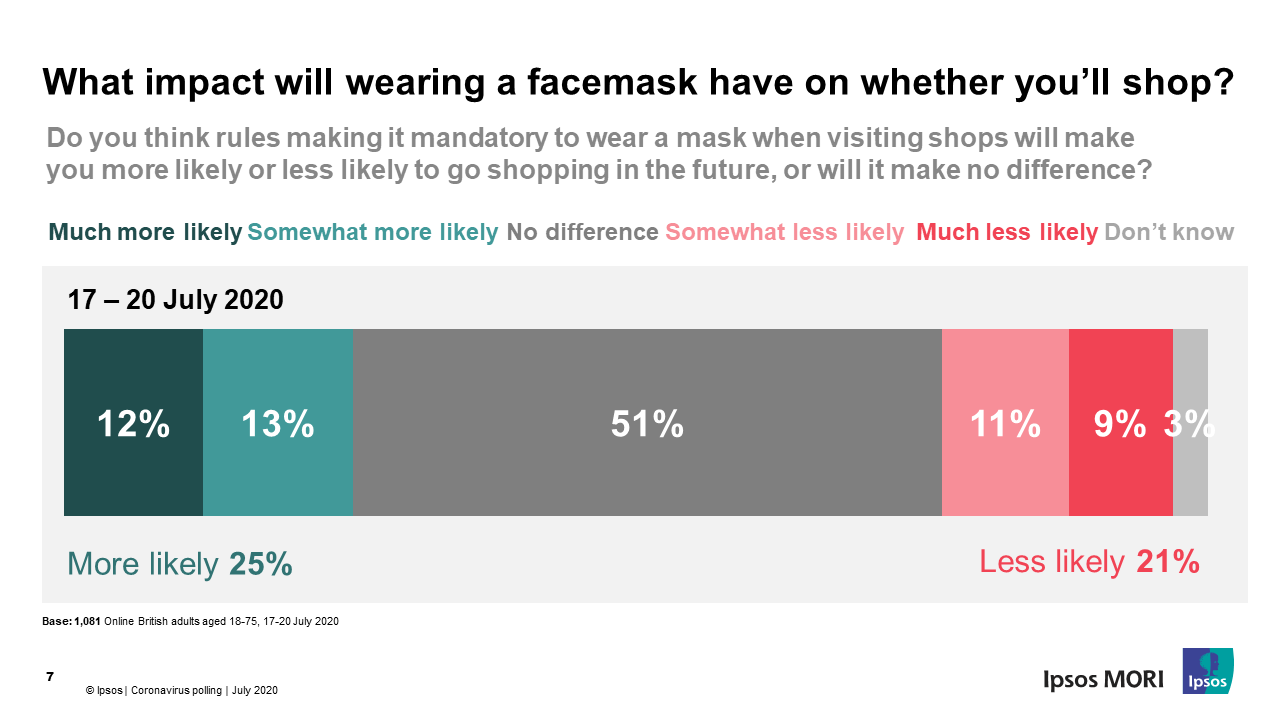 Those that either wear a mask now or plan to do so cite the following as the main reasons:

Those that say it is unlikely they will wear a mask tend to give the following reasons:

A full list of reasons given can be found in the accompanying slide pack.

These numbers show strong public support for the principle of wearing a mask in certain public situations to combat the spread of coronavirus. Two-thirds support rules making it mandatory to wear a mask in shops. However, we should be careful about reading too much into the impact such rules will have on behaviour in the short term. Although there is no net negative impact on the likelihood of Britons to go shopping as a result of these rules, half currently say it will make no difference rising to almost two-thirds among those aged 65-75.