The March 2017 Ipsos MORI/Economist Issues Index shows a new record in the proportion who see the EU/Brexit as one of the biggest issues facing Britain. Half (51%) now cite it as an issue, six percentage points higher than February and the highest score since records began in September 1974. Fieldwork was conducted 10-19 March, prior to the attack outside Parliament on the 22nd of this month. 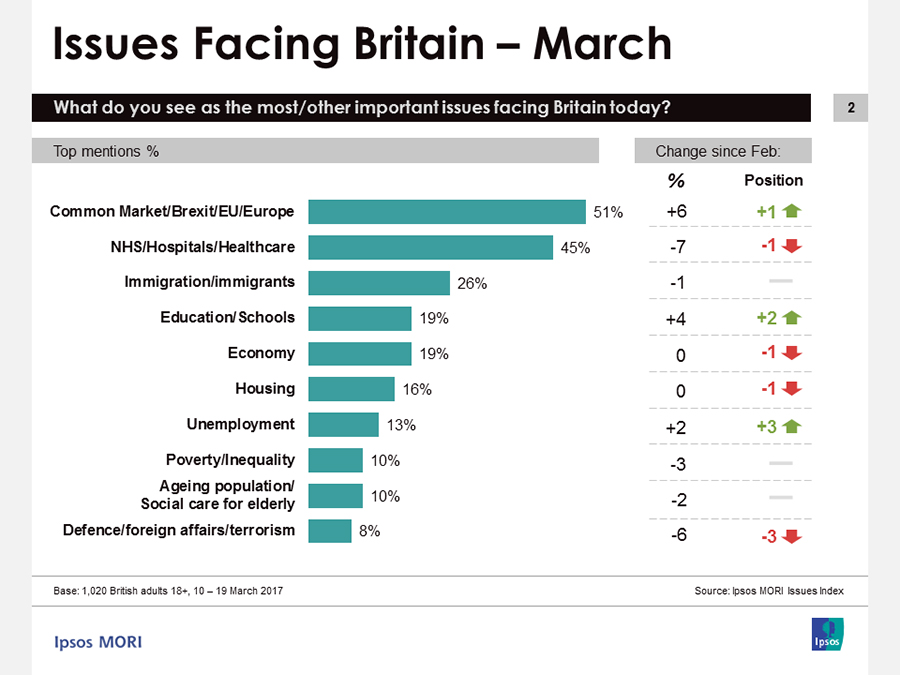 Concern about the EU and Brexit is the clear biggest issue for those from social grades AB and C1 – 68% of the former group and 54% of the latter consider it to be one of the biggest issue facing Britain. Additionally, amongst age groups within these grades it is more than ten percentage points ahead of the next biggest issue (the NHS). 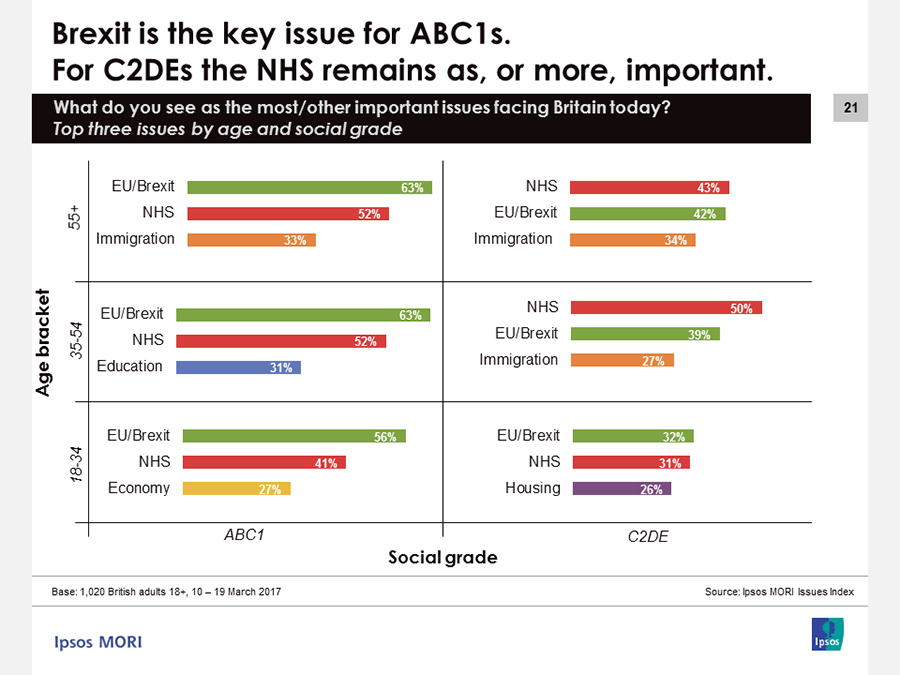 Ipsos MORI's Issues Index is conducted monthly and provides an overview of the key issues concerning the country. Ipsos MORI interviewed a representative quota sample of 1,020 adults aged 18+ across Great Britain. The questions are spontaneous - i.e. respondents are not prompted with any answers. Ipsos MORI's Capibus vehicle was used for this survey. Interviews were conducted face-to-face in-home between 10 and 19 March 2017 at 236 sampling points across Great Britain. Data are weighted to match the profile of the population.