The SNP retains a very strong lead in voting intention for both constituency and list votes in next May’s Scottish Parliament elections, with the Conservatives in second place and Labour faring worse in third. More than twice as many people say they will vote for the SNP as for their nearest rival the Conservative Party. 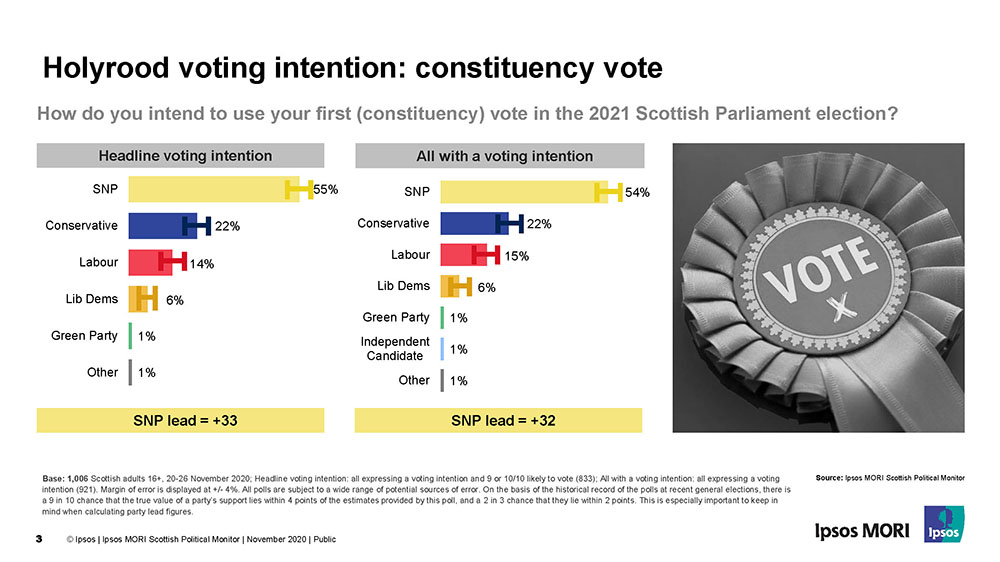 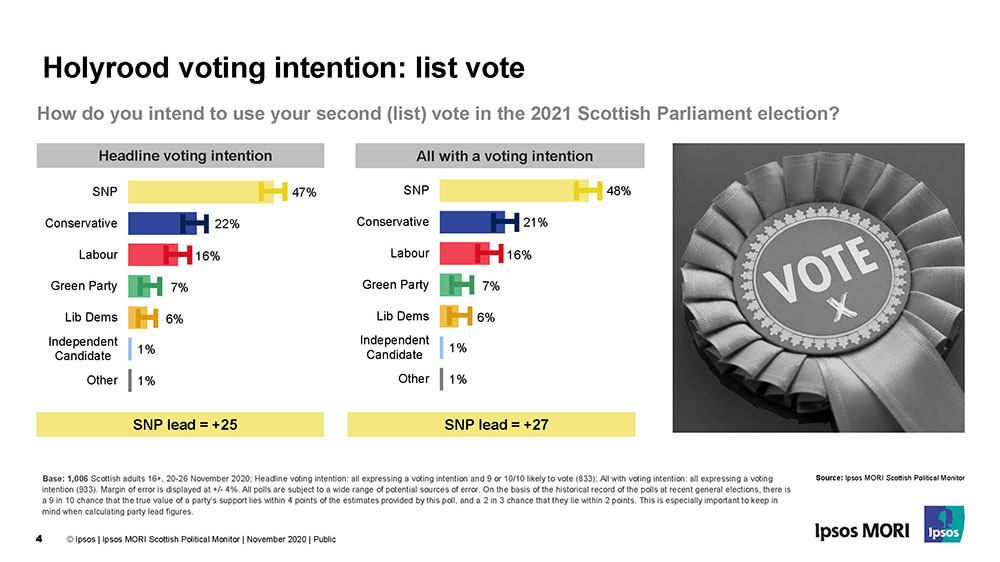 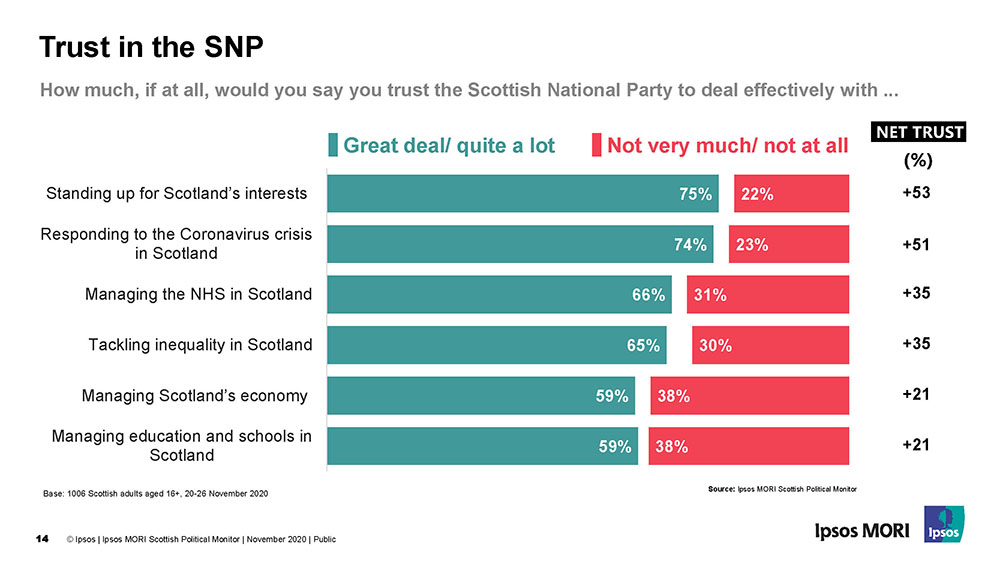 Our latest polling results are clearly very favourable for the SNP, with support both for the party and for an independent Scotland remaining high. The party’s record on key issues such as the economy, education and public services has been much criticised by the Conservatives in recent months. However, those messages do not appear to be cutting through with Scottish voters, who trust the SNP much more on the economy, education and the NHS than they do any other political party.