New research by Ipsos, shows 6 in 10 Britons (61%) now support Conservative MPs triggering a vote of no confidence in Boris Johnson’s leadership but submitting letters to their party's 1922 committee, including 39% who strongly support it. Only 18% oppose. The research was conducted online on 18 January 2022 among Britons aged 18-75. 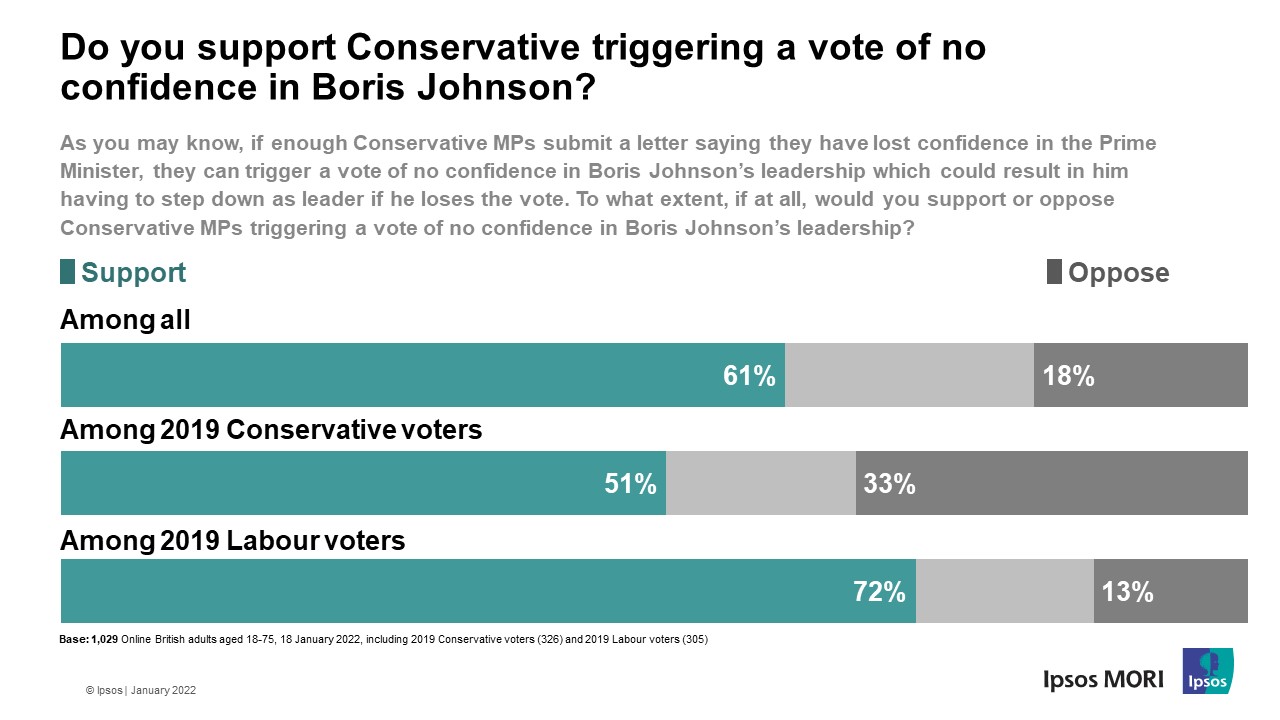 Looking ahead, 62% of Britons believe it is likely that Boris Johnson will not be Prime Minister by the end of 2022. There is no difference along party lines, 62% of Conservative voters believe this is likely to happen while 64% of Labour voters say the same. 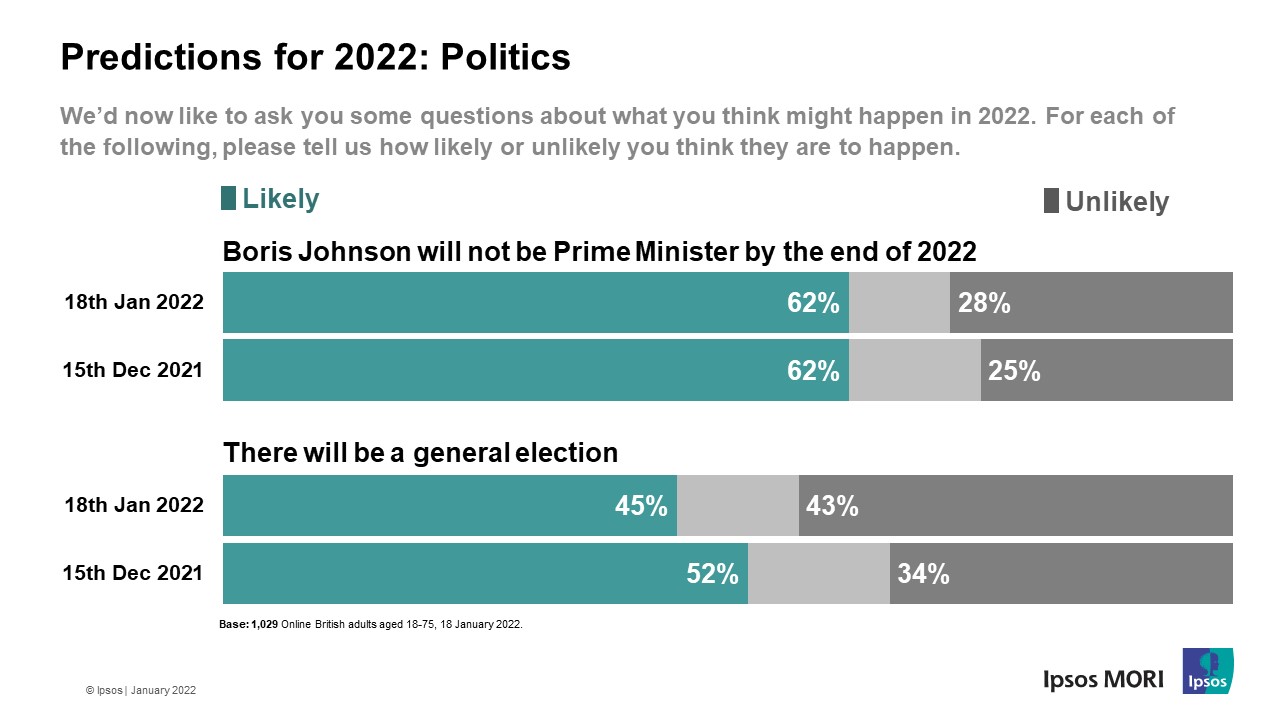 Opinion is split as to whether there will be a general election this year, 45% think it is likely while 43% disagree.

Ipsos interviewed a representative sample of 1,016 British adults aged 18-75. Interviews were conducted online on 18th January 2022. Data are weighted to match the profile of the population. All polls are subject to a wide range of potential sources of error.