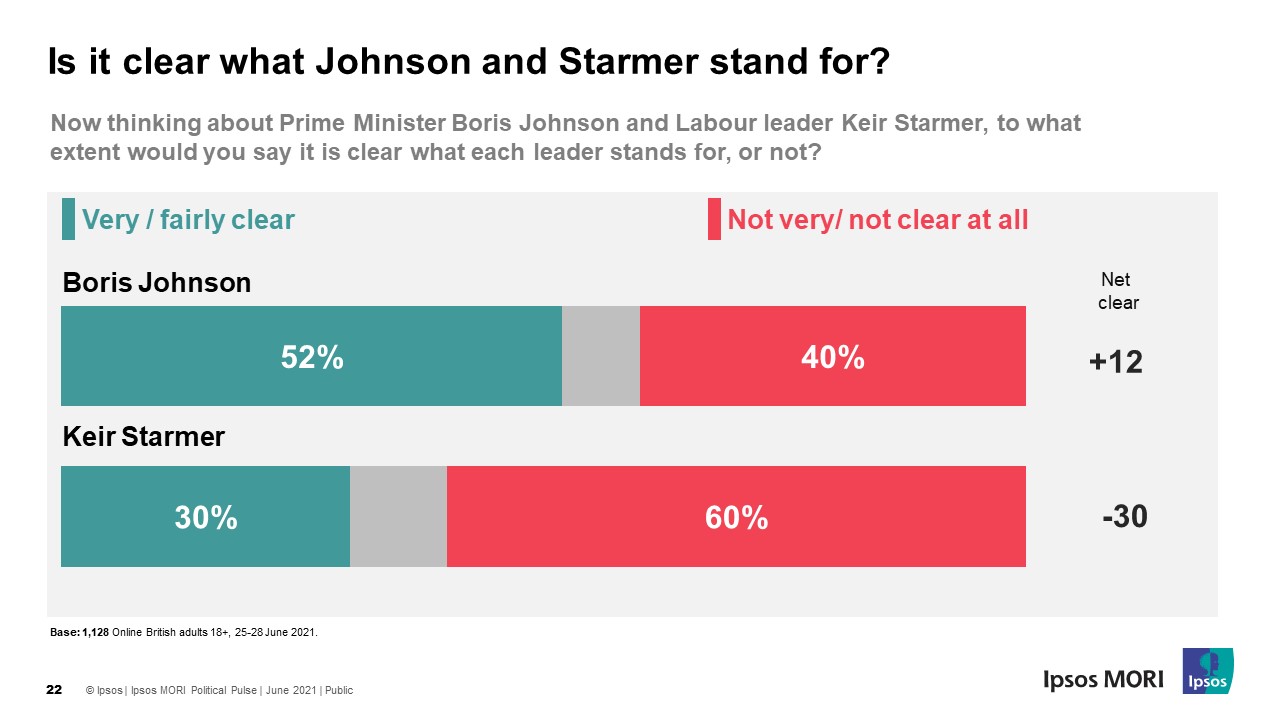 Are the Conservatives doing well in government? Would Labour do better?

It will concern Keir Starmer and his supporters that 6 in 10 Britons are unclear what he stands for. Meanwhile, at a time when favourability towards Johnson and the Conservatives appears to have fallen, it is striking that just one in four Britons think Labour would do a better job in government. In this context, whispers about Starmer’s leadership may well grow louder if Labour lose the Batley and Spen by-election this week.

Technical note
Ipsos interviewed a representative sample of 1,128 British adults aged 18+. Interviews were conducted online from 25th and 28th June 2021. Data are weighted to match the profile of the population. All polls are subject to a wide range of potential sources of error.