As the government proceeds with talks on Britain’s withdrawal from the European Union, ratings for Theresa May and her government’s handling of the negotiations have slipped since March, according to the latest Ipsos Political Monitor. Three in ten (31% - down 5 points) think the government is doing a good job while three in five (58% - up 6 points) think it is doing a bad job. The shift in opinion is worse for Theresa May for whom one in three think she’s doing a good job (35% - down 14 points) and 55% a bad job (up 15 points). 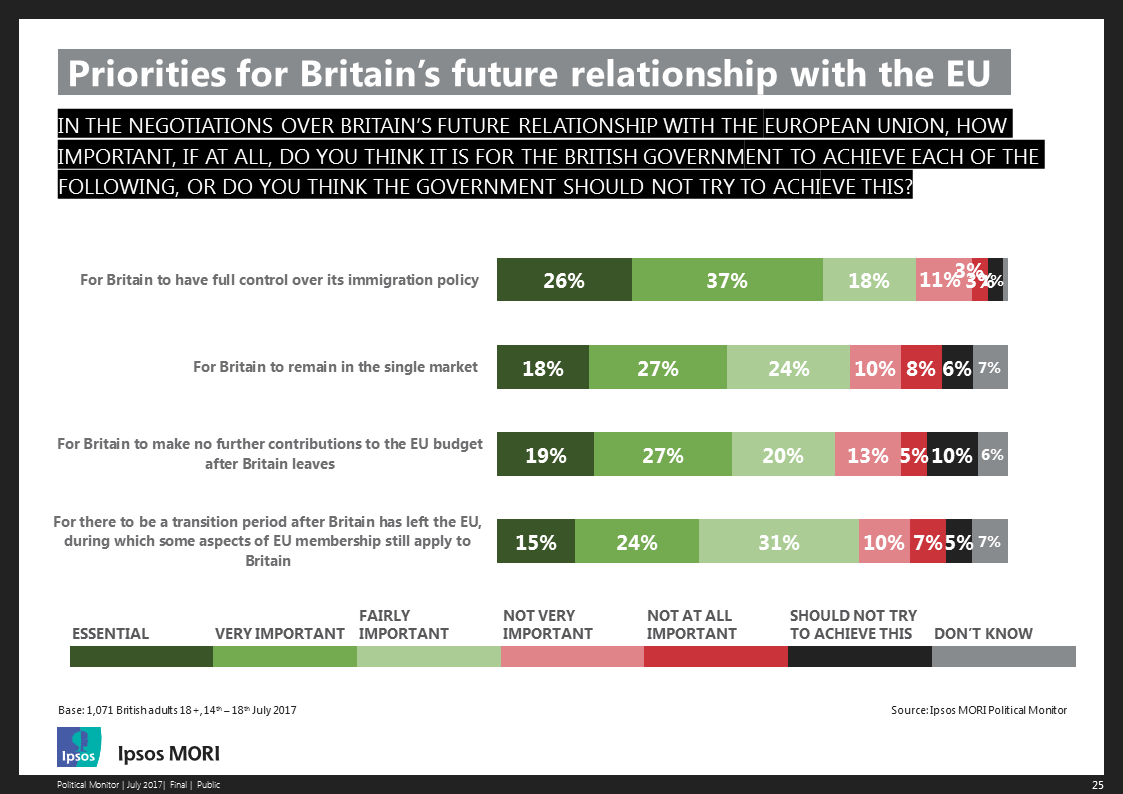 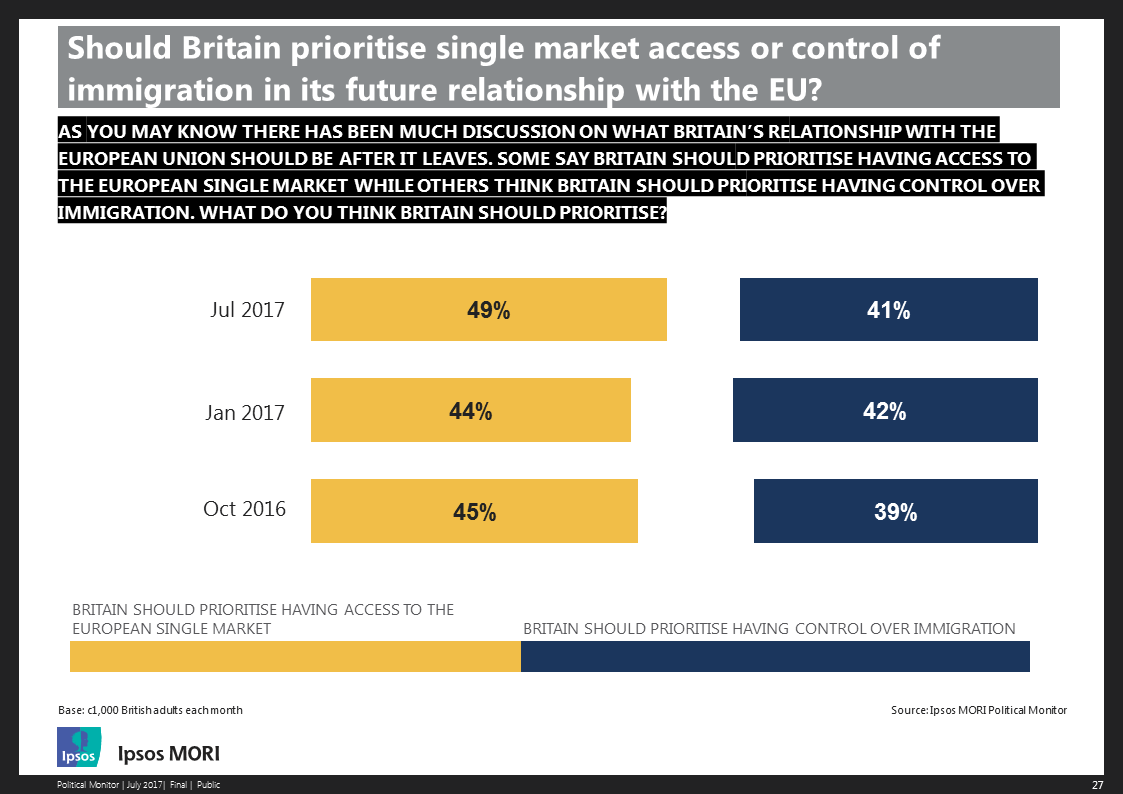 The public is no nearer to coming to a unanimous position over what it wants from the Brexit negotiations (with big differences by age and education level), although there has been a move towards the single market – but there’s not much confidence in either of the main party leaders to get a good deal for Britain.

Ipsos interviewed a representative sample of 1,071 adults aged 18+ across Great Britain. Interviews were conducted by telephone 14th – 18th July 2017.  Data are weighted to the profile of the population.