Economic optimism has fallen to its lowest level since the 2008 financial crisis, according to Ipsos’s new Political Monitor. The new poll, conducted between 13-16 March, so before some of this week’s emergency measures were announced, shows seven in ten (69%) now say they think the economy will get worse in the next 12 months – this is up from 42% in February. Just 15% think that the economy will improve, leaving an Economic Optimism Index score of -54. The last time pessimism was this low was in November 2008 (at its worst during the 2008 crisis 75% thought the economy would get worse).  Despite this pessimism, around half (49%) believe the Government is handling the coronavirus outbreak well (35% say badly). 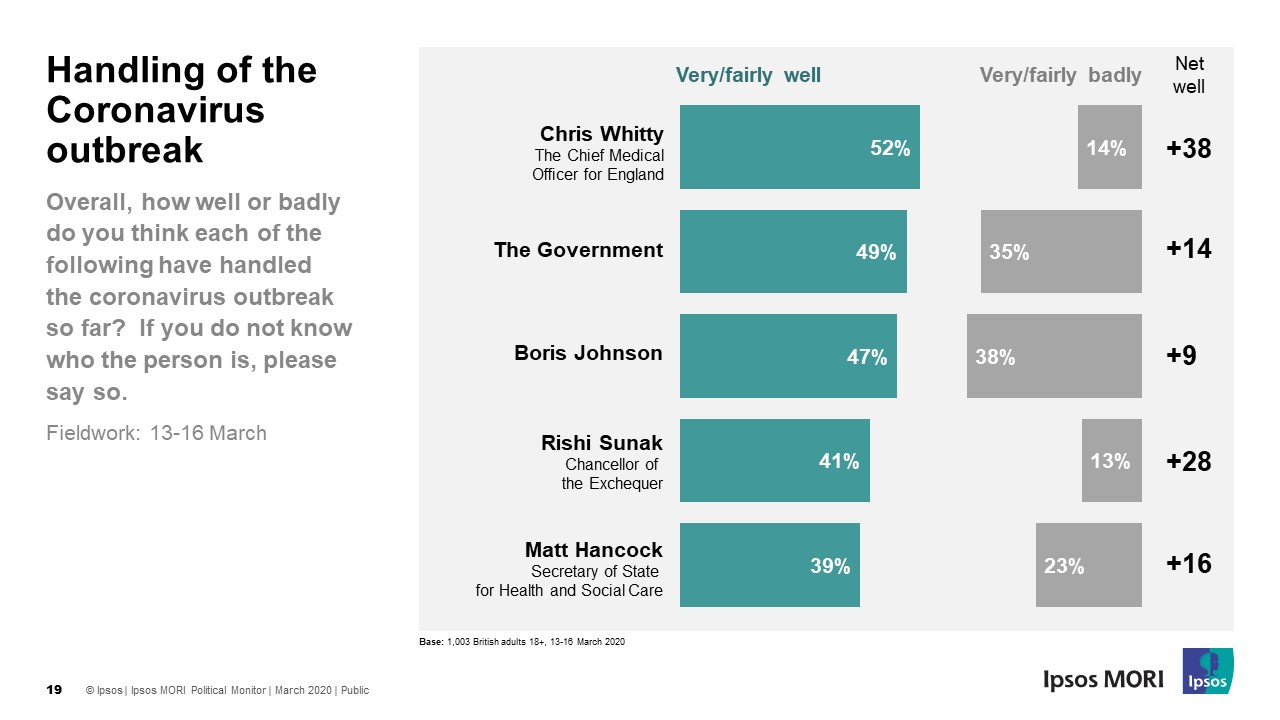 Britons’ worries about the economic impact of the coronavirus are laid clear with pessimism about the economy at its worst in our trends since the 2008 crash, while women are particularly concerned.   However at the time of asking around half the public felt the government was handling the crisis well, although half were wanting more to be done, and high levels of support for the Budget’s financial measures suggests that they are looking for the government to take further action to minimise economic damage and restore confidence.

Ipsos interviewed a representative sample of 1,003 adults aged 18+ across Great Britain. Interviews were conducted by telephone omnibus between 13th – 16th March 2020.  Data are weighted to the profile of the population. All polls are subject to a wide range of potential sources of error. On the basis of the historical record of the polls at recent general elections, there is a 9 in 10 chance that the true value of a party’s support lies within 4 points of the estimates provided by this poll, and a 2 in 3 chance that they lie within 2 points.