Between 7 February and 27 March 2020 Ipsos undertook a survey of 20,612 18-34 year olds with a minimum of secondary education in the 19 G20 countries. This was the fourth wave of research conducted among this audience by Ipsos for the British Council, with two previous waves conducted in 2016 (before and after the EU referendum) and a further wave in 2018.

This year’s study finds that the UK is now considered to be the most attractive country overall among young people in the G20. The UK has risen three ranks since 2018 and now ranks above countries such as Canada, Italy and Australia. The UK’s improved ranking is driven by drops in rating for Canada, Italy and Australia, while ratings for the UK have remained largely stable. 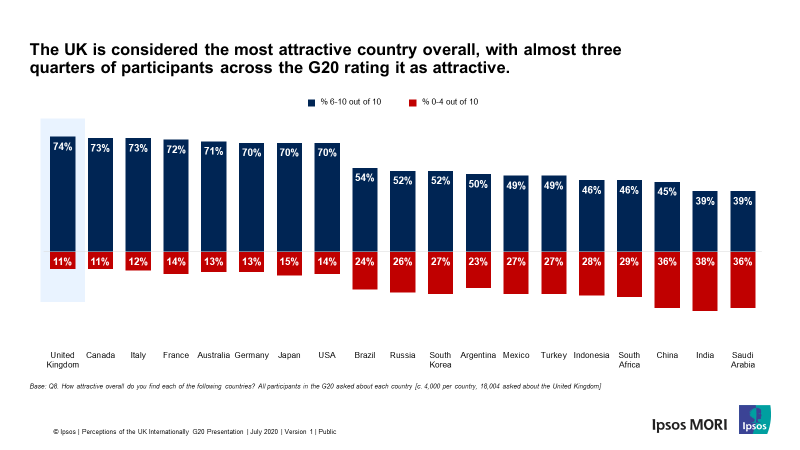 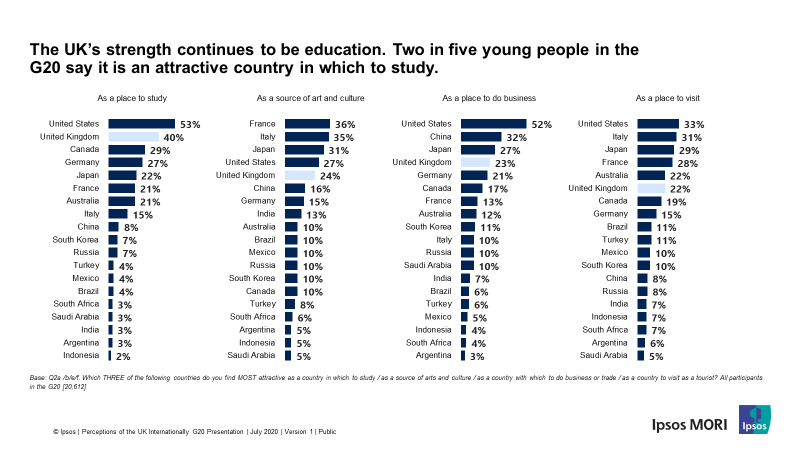