As part of a global study covering 34 markets looking at citizen support for policies to help tackle climate change, British citizens are most likely to say they would support policies that apply incentivisation, discounting and other inducements rather than those which use taxation or reduced choice. 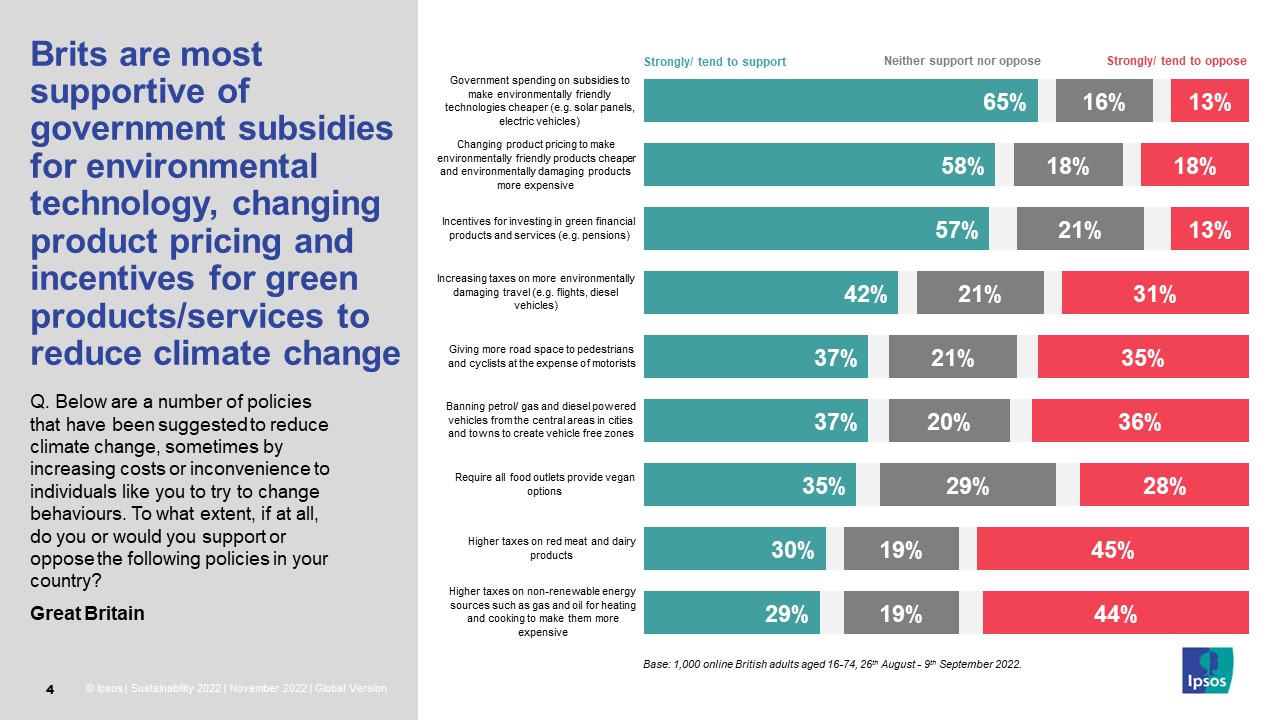 Ipsos observed that lack of action by citizens to engage in and change their behaviours towards having a smaller carbon footprint is often driven more by a lack of understanding than it is by lack of will/intent (i.e., the believe-true gap).  This indicates the need for better education of citizens.

Almost 7 in 10 (69%) British citizens say in their opinion that it is the responsibility of government departments and ministers/elected officials to educate the public on the actions needed to combat climate change.  This is one of the highest levels of agreement across the 34 markets where this survey was completed.

We also see this in our Net Zero Living research, conducted with CAST as part of our climate engagement partnership. We see support for net zero policies among the British public drops when presented with personal lifestyle and cost implications. While combatting climate change is one reason why people may support net zero policies, other co-benefits around health, job creation or decreased costs are important motivators for support. This means policy makers need to understand and talk about these concerns, but also communicate about the benefits and co-benefits of net zero policies. Taking time to understand the public’s concerns and how these vary between different societal groups will be essential for developing net zero policies and communications. 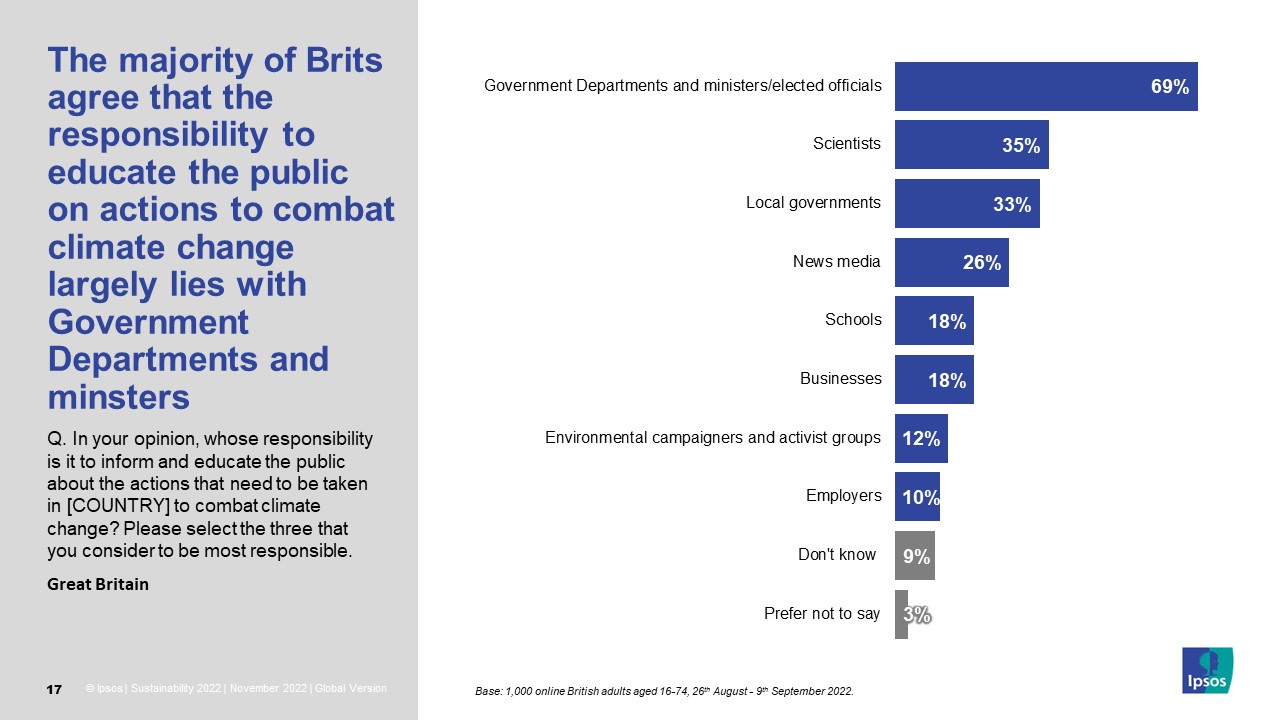 These are the results of a 34-country survey conducted by Ipsos on its Global Advisor online platform.  Ipsos interviewed an international sample of 22,528 adults aged 18-74 in the US, Canada, Republic of Ireland, Israel, Malaysia, South Africa, and Turkey, 20-74 in Thailand, 21-74 in Indonesia and Singapore and 16-74 in all other markets between 26th August and 9th September 2022.