One month on from the General Election Ipsos’s new Political Monitor reveals the negative shift in Theresa May’s personal ratings continues.  Her ratings are the worst in our records for a Prime Minister one month after an election.

One in three (34%) Britons say they are satisfied with Theresa May’s performance as Prime Minister. This is down 9 points from last month (one week prior to election day) and down 22 points from April when she called the election. Three in five (59%) are dissatisfied with her (up 9 points from last month) leaving her a net satisfaction score of -25 – the worst score Ipsos has ever recorded for a Prime Minister the month following a national election. Jeremy Corbyn meanwhile has seen improvement in his ratings with 44% satisfied with him doing his job (up 5 points from June) and 45% dissatisfied (down 5 points) leaving him with a net satisfaction score of -1. 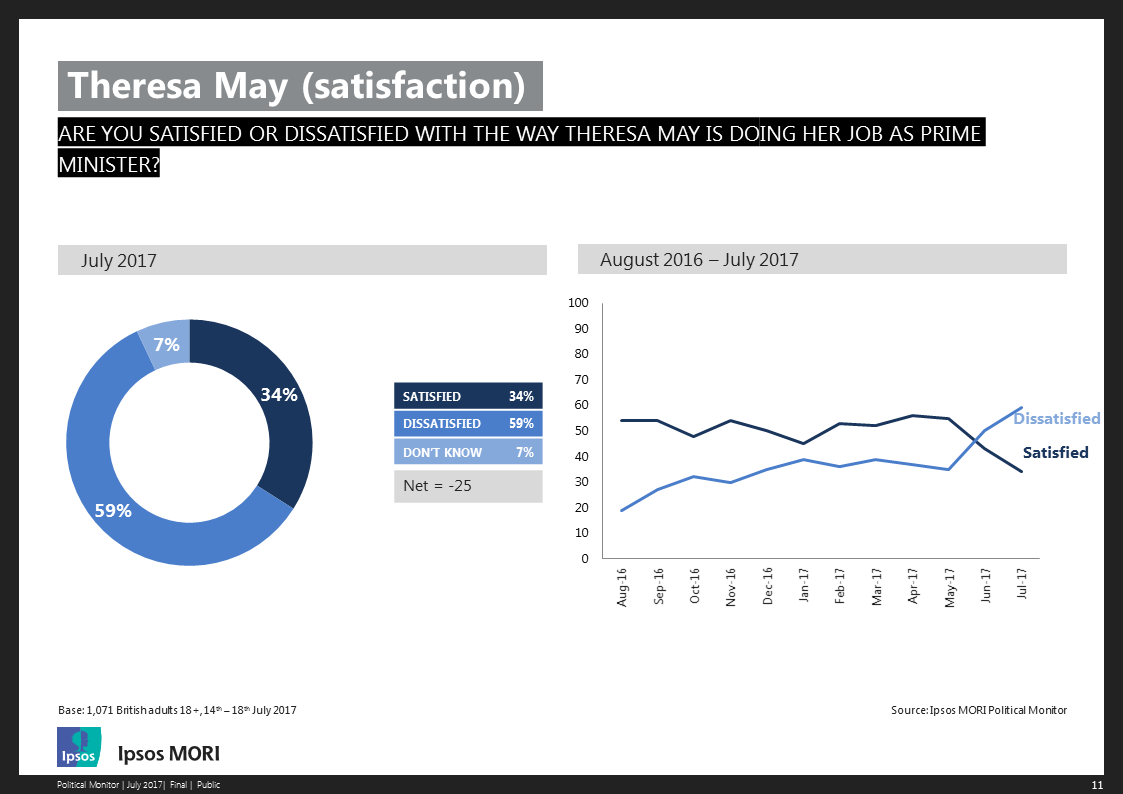 Despite these shifts in leadership satisfaction ratings, the public still sees Theresa May as being more capable at the job of Prime Minister. Just under half (46%) pick Mrs May, against 38% for Mr Corbyn – little change from our June final election poll when 47% chose Theresa May and 36% Jeremy Corbyn. There are clear differences between age groups with who they see as most capable. Three in five (58%) 18-34 year olds prefer Jeremy Corbyn while a third (33%) pick Theresa May. Most (56%) aged 55+ see Theresa May as most capable with a quarter (26%) opting for Jeremy Corbyn. 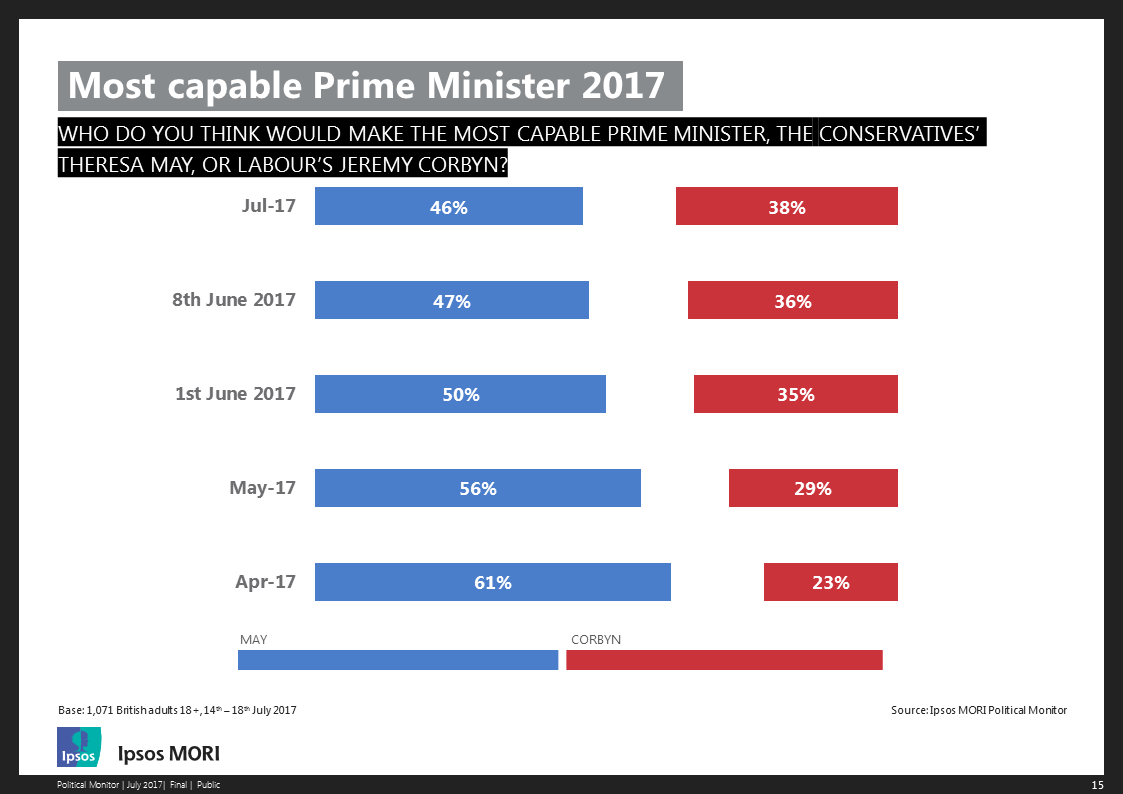 Our first voting intention figures following the election show both main parties neck-and-neck. The Conservatives currently stand on 41% with Labour on 42% while the Liberal Democrats are at 9%, Greens at 2%, and UKIP at 3%.

The turnaround in Mrs May's ratings is unprecedented in our previous data on Prime Ministers - from a historic high at the start of the campaign to a historic low just one month after an election, while also seeing her position among her own party supporters weakening and Jeremy Corbyn's campaign surge continuing. Having said that, she still has the edge as most capable PM among over 35s.

Ipsos interviewed a representative sample of 1,071 adults aged 18+ across Great Britain. Interviews were conducted by telephone 14th – 18th July 2017.  Data are weighted to the profile of the population, using our pre-campaign methodology.