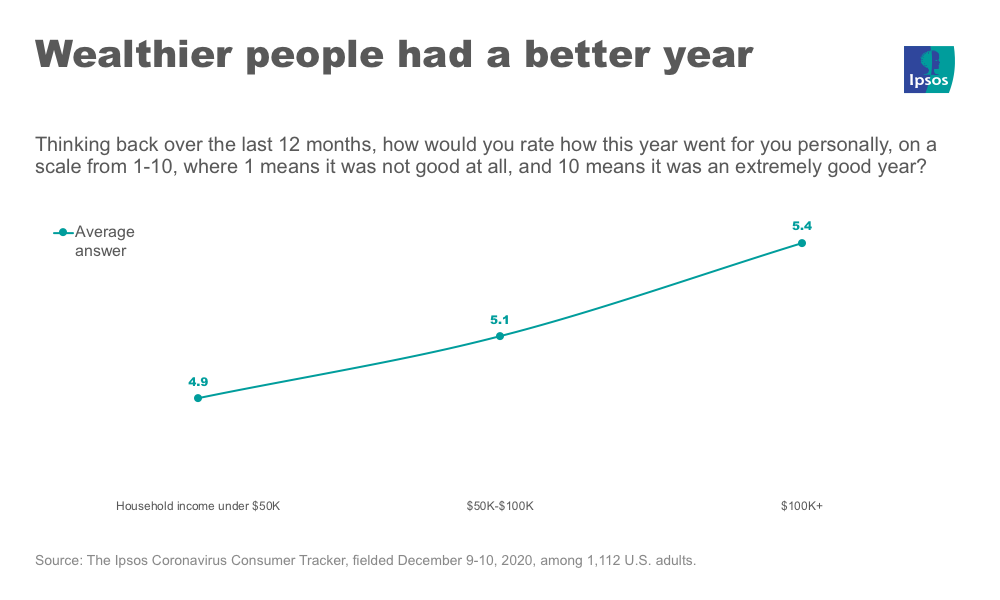 We also asked people to rate the year for their immediate family, their community, state and the country. Reviews for family stuck pretty close to personal reviews, but zooming out further, the numbers went down dramatically. 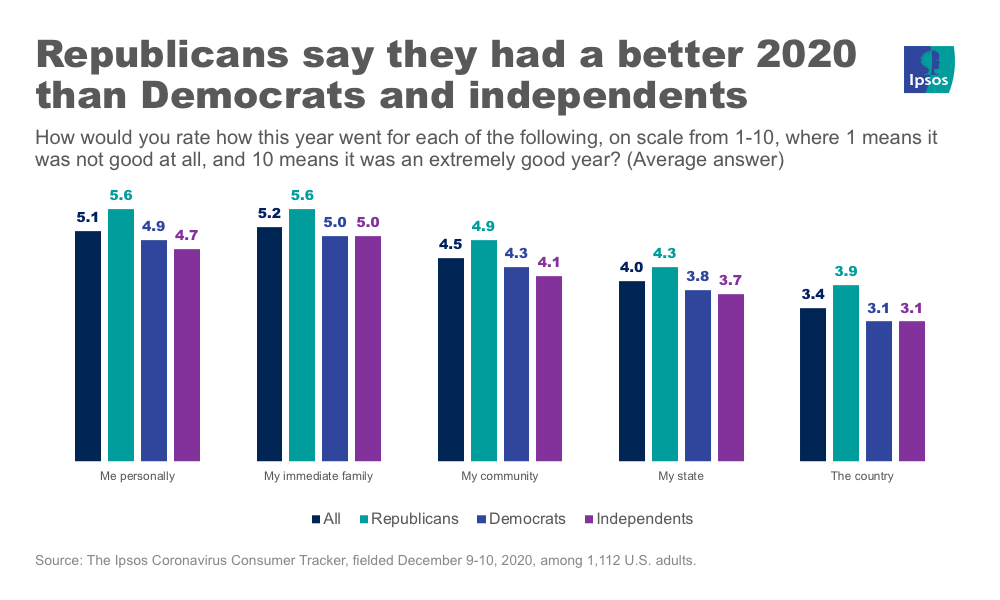 So go ahead, put that “2020 dumpster fire” novelty keepsake on the shelf with pride and know that you’re not alone.