More than a third of Americans (35%) say they expect to maintain the workplace flexibility they have grown accustomed to during the pandemic, according to new data from the Ipsos Coronavirus Consumer Tracker. The data comes as the first coronavirus vaccines roll out in the U.S., giving workers a clearer vision of their own futures. That breaks down to: 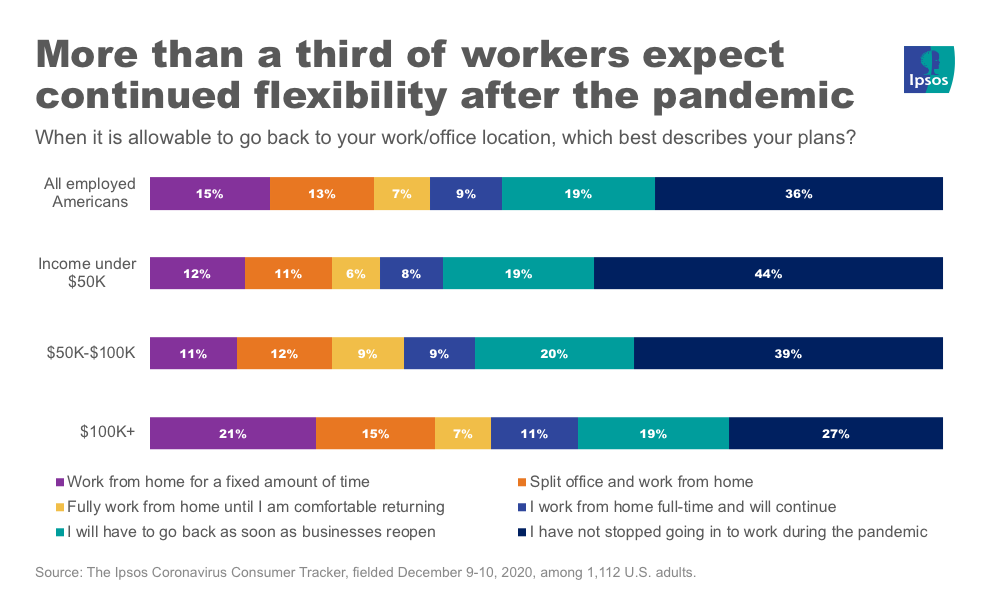 Higher income ($100,000+) workers, many of whom are in more white-collar profession are more likely to fit into the newly-flexible work from home scenarios.

The new normal for work habits will likely change commutes, but the number of people who say they expect a shift has dropped since Ipsos began asking Americans earlier this year. 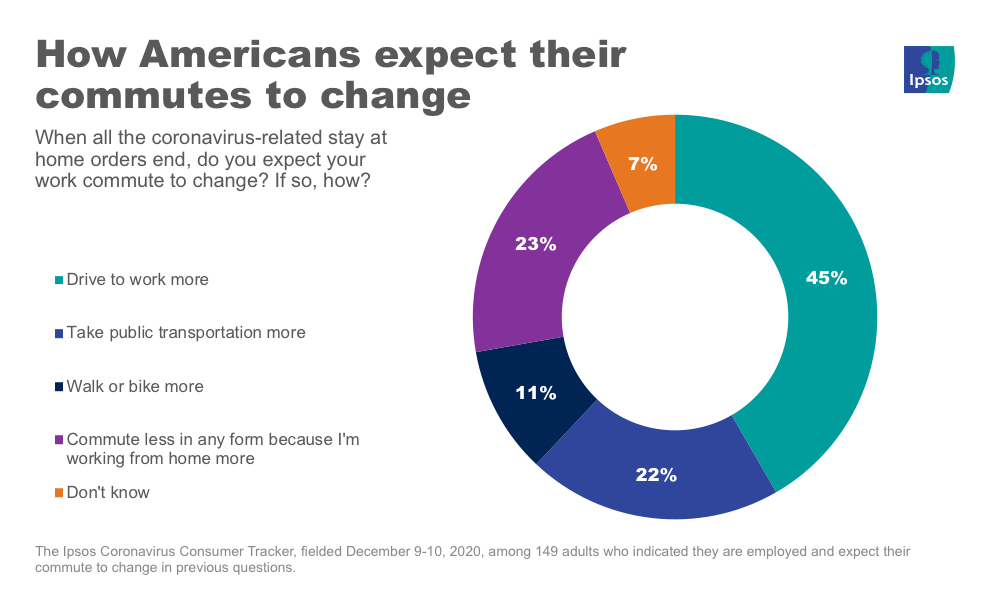 The most common way people expect their commute to change: Driving. The question for many is will the number cars on the road and miles travelled by people who are commuting less overall balance with the number who will actually drive to work more frequently?

Taken together, these shifts paint a clearer picture than ever of the post-pandemic future and its potential to remake our cities and suburbs and the businesses that rely on the workplace populations. The range of industries impacted spans from commercial and residential real estate, to the investors in real estate including public pension funds, to quick serve and fine dining, to retail, to auto and ride-sharing to transportation infrastructure, to office supplies, to food and packaged goods and beyond.