According to a new ABC News/Ipsos poll, a majority of Americans believe that Joe Biden would do a better job handling the protests that have been happening in parts of the country, along with reducing violence in the country, and handling racial discrimination. At the same time, over half feel that what President Trump has said about the protests makes the situation worse. However, Americans are incredibly divided on the topic, especially based on their partisanship.

1. A vast majority of Americans are concerned about the protests that have been happening in parts of the country. Concern is highest, however, among white Americans, older Americans, and Republicans.

2. President Trump’s rhetoric on the protests is perceived as having a negative effect on the situation. Americans are more ambivalent about what Biden is saying. 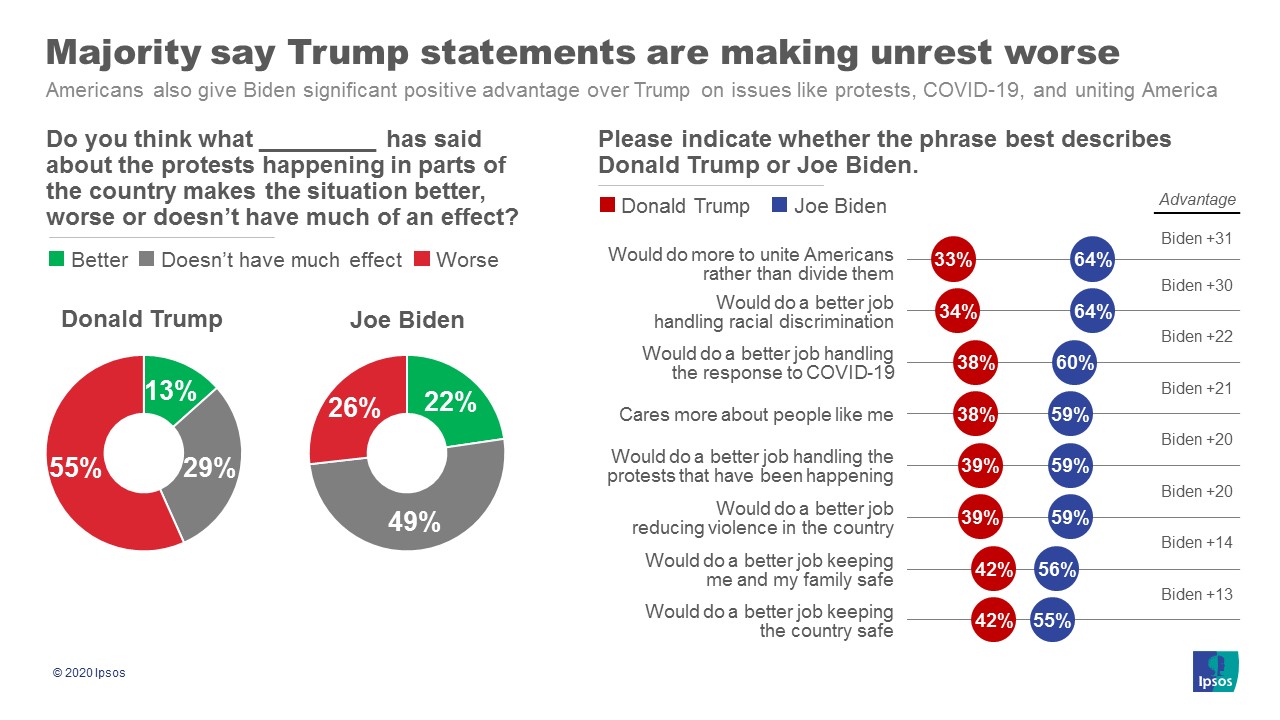 3. A majority of Americans believe Biden is better on issues around race, uniting the country, and handling both the current protests and COVID-19.

This ABC News/Ipsos Poll was conducted September 2 to September 3, 2020, by Ipsos using the probability-based KnowledgePanel®. This poll is based on a nationally representative probability sample of 709 general population adults age 18 or older with small oversamples among Black and Hispanic respondents.