A slim majority of Americans feel it is appropriate for athletes (professional, college, and Olympic) to speak out on political or social issues, according to a new Axios/Ipsos “Hard Truths” poll. Though most acknowledge that athletes can have a positive impact when speaking out on issues around racial inequality, there are clear divisions in the data along partisan and racial/ethnic lines about athlete activism. This is particularly evident when looking whether it’s appropriate for athletes to kneel during the national anthem as a way to protest racial inequality.

1. There is little consensus among the American public on whether athletes should use their platform to speak out on political or social issues. 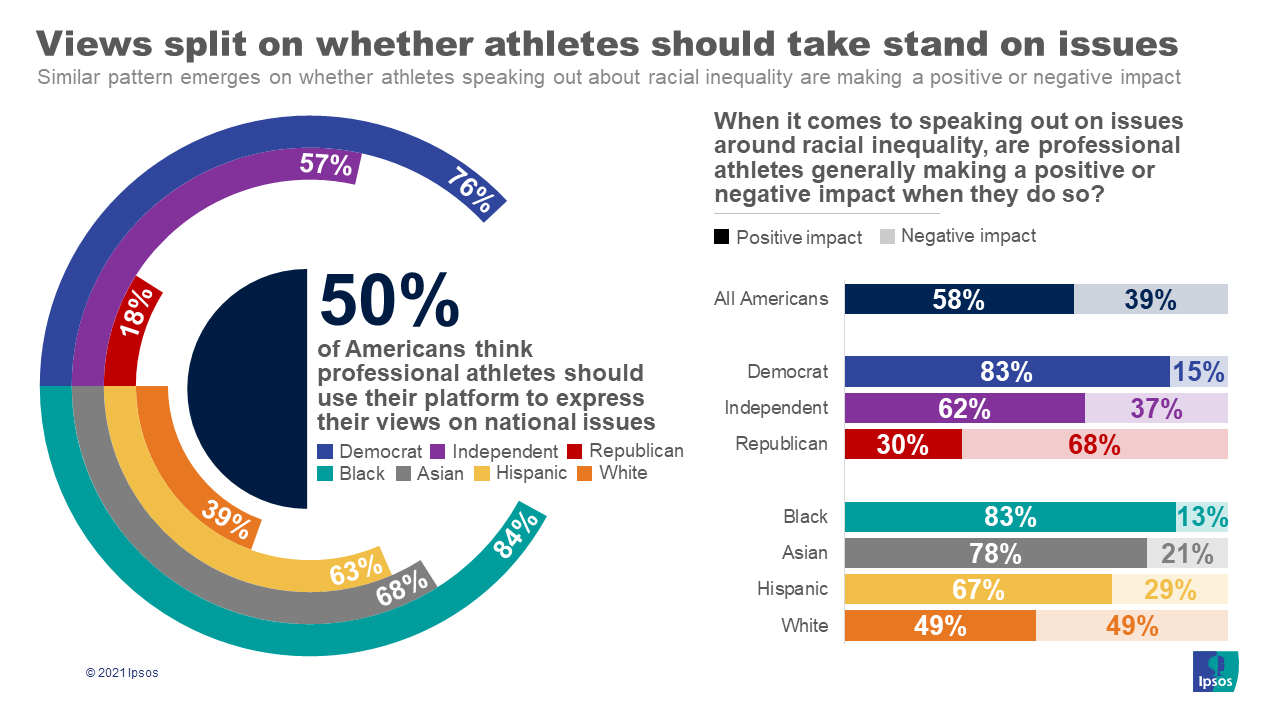 2. A majority of Americans say it is not appropriate for athletes, at any level, to kneel during the national anthem in order to protest racial inequality. Again, however, there are large differences in opinion under the surface.

3. Most Americans do not want to ban sports teams from using Native American-themed mascots and feel that name changes have gone too far.

4. A vast majority of Americans acknowledge it is unacceptable to use a racial slur as a sports team name. However, most feel Native American words, symbols, and pictures/depictions are acceptable.

5. Ultimately, for most, these are issues of free expression – and there is consensus for protecting an athlete’s ability to speak out.

This Axios/Ipsos Hard Truth Sports poll was conducted March 4th to March 11th, 2021 by Ipsos using our KnowledgePanel®. This poll is based on a nationally representative probability sample of 2,035 general population adults age 18 or older.