It’s become an annual ritual for major brands to express solidarity with LGBTQ+ people during Pride Month in the U.S. – an action sometimes criticized as being a hollow gesture that lasts only for the month of June. But new research from Ipsos shows that while many Americans believe companies speak out without committing to real change, nearly one in three people still say they’re more likely to buy from a company that takes a public stand in favor of LGBTQ+ rights.

“There’s no question that taking a stand on a social issue of any kind can be a tightrope walk for brands, but there’s a solid group of consumers – particularly younger Americans, your customers of the future – who are paying attention,” said Tony Incalcatera, a senior vice president in Audience Measurement at Ipsos. “Corporate social responsibility means different things in different industries, but it’s key to get right.” 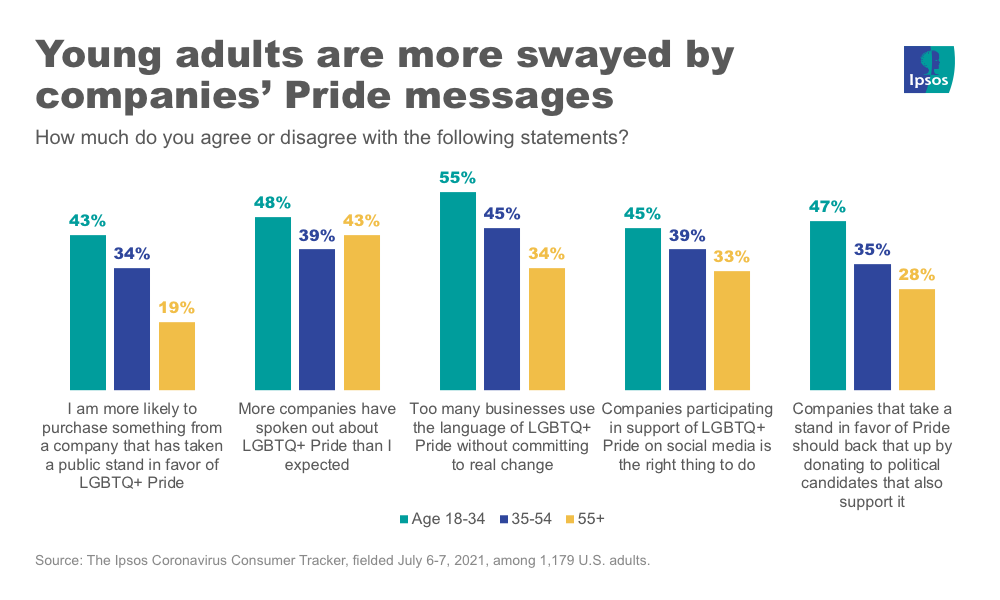 Indeed, there remains broad belief that too many businesses use the language of LGBTQ+ Pride without committing to real change: Nearly half of Americans (44%) agree on this, including 55% of those between 18 and 34. Even a solid one in three (34%) Americans older than 55 agree on this point.

Ipsos asked similar questions to Americans about racial justice issues in the year since George Floyd’s murder, and the numbers align closely. In the most recent polling on the topic last month, 39% of Americans said they were more likely to buy from a company that has taken a public stand against racism, compared to 31% swayed by companies who speak out on LGBTQ+ topics. And 43% of Americans say more companies have spoken about LGBTQ+ issues than they expected; the same percentage say more companies have spoken up about racism than they expected. 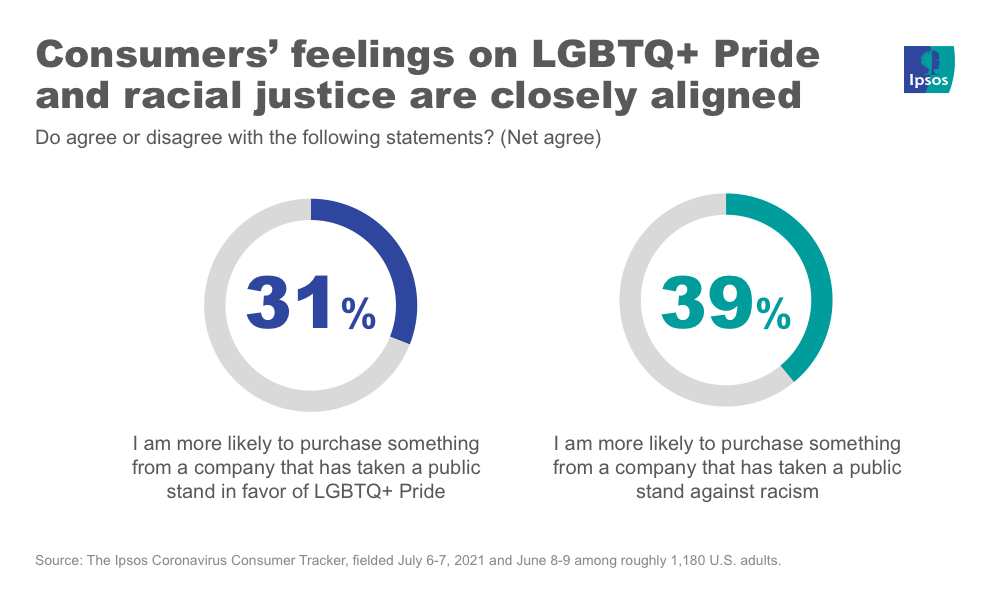 So if people are skeptical that brands are doing enough to support LGBTQ+ causes, how many Americans are doing the work themselves? Not many. Ipsos asked people about five things people may have done during Pride Month; the most popular one – support an LGBTQ+ business in my community – was an action taken by only one in eight Americans (13%). 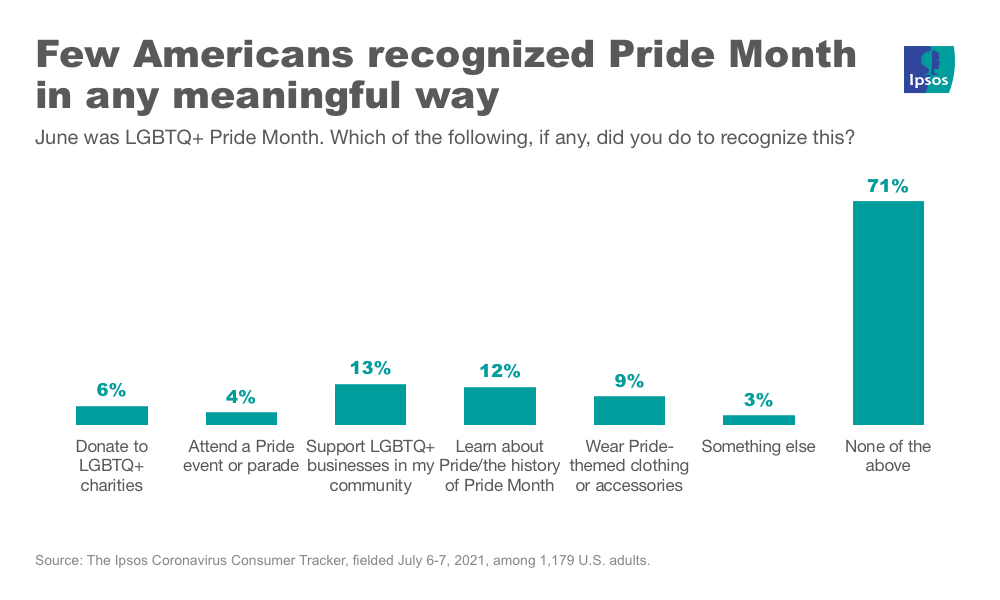