Washington, DC, November 20, 2022 – One week after the midterm elections, a new USA Today/Ipsos poll finds that Democratic voters [1] now have more favorable views of President Biden than they did pre-election. In contrast, while former President Trump still remains strong among Republican voters [2], he has lost some ground and fewer believe he can win the next presidential election. Lastly, in the wake of an election that saw Democrats overperform expectations but nonetheless resulted in divided government, a slim majority of Democratic voters now believe their party leadership can win elections, while Republican voters are much less confident in their party leadership.

1. Democratic voters are now more supportive of President Biden being the party’s nominee in 2024 than they were pre-election. 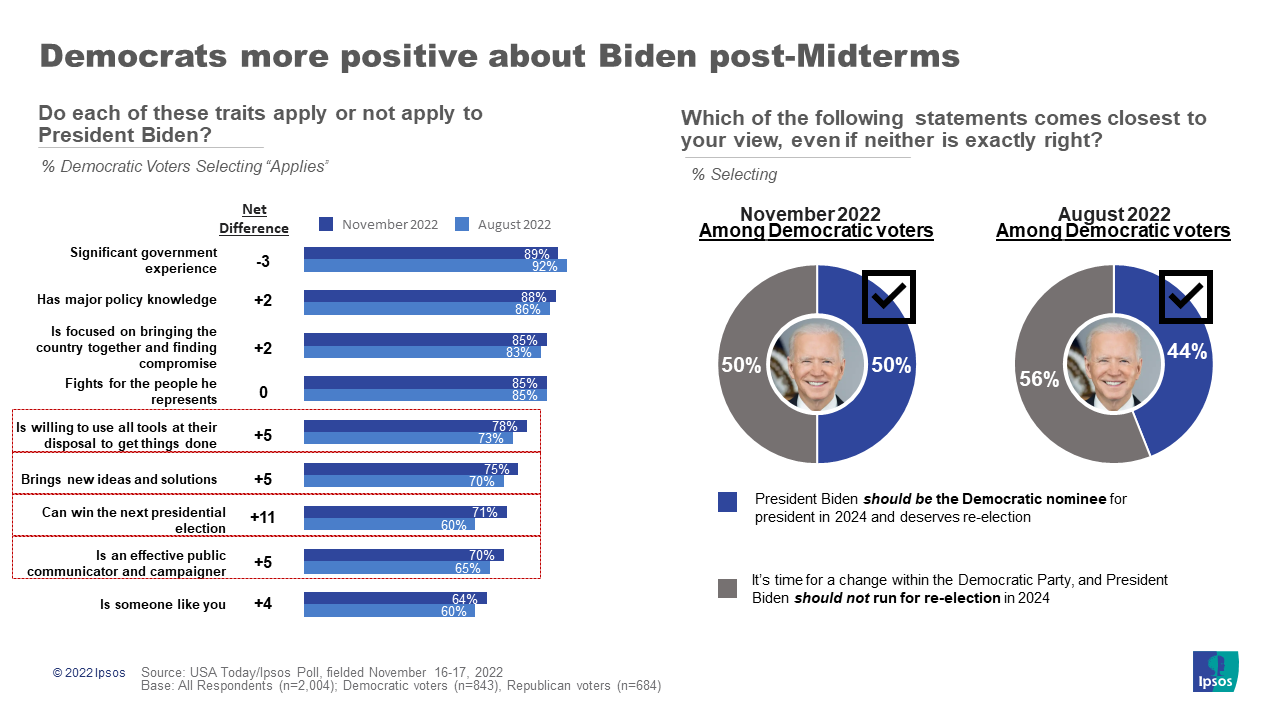 2. While former President Trump continues to remain strong, he has lost some ground among Republican voters. 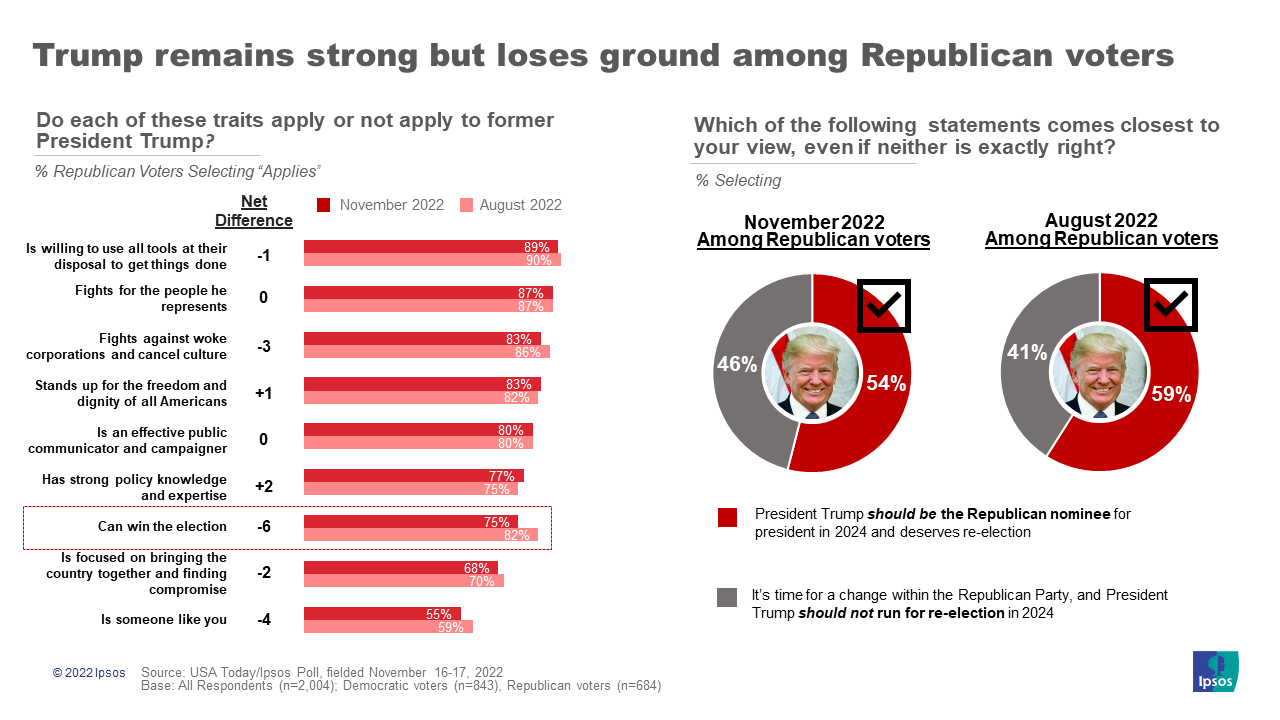 [1] Defined as those who say they vote at least occasionally and when they do, typically vote for Democratic candidates

[2] Defined as those who say they vote at least occasionally and when they do, typically vote for Republican candidates

These are some of the findings of a USA Today/Ipsos poll, conducted between November 15-16, 2022. For this survey, a sample of 2,004 adults age 18+ from the continental U.S., Alaska, and Hawaii was interviewed online in English. The sample includes 684 Republican voters, 843 Democratic voters, and 477 voters that don’t vote for either party or are non-voters.

The results of this poll are trended against the following previous polls: