Washington, DC, October 19, 2022 – A new Ipsos poll conducted on behalf of MDVIP finds three quarters of Americans describe their overall health and well-being as excellent (17%) or good (58%). The majority of Americans also agree that they would like to take steps to live healthier for longer (87%), and that they want to know the secrets to living and feeling younger than their calendar age (70%). However, few pass MDVIP’s Health IQ Quiz, indicating minimal knowledge about common health risk factors. 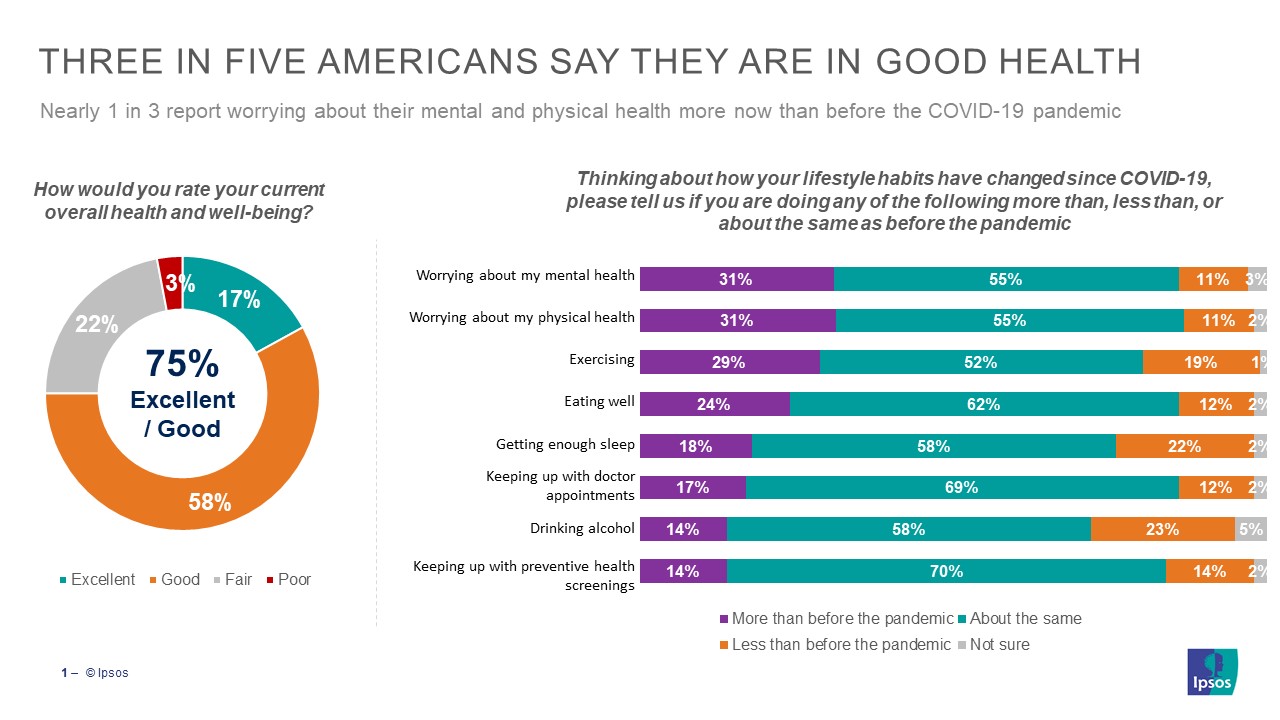 5. The final portion of the survey asks several healthcare knowledge questions, particularly related to various risk factors that can shorten Americans’ lives. Nearly all Americans received a below average score on this “quiz”.

These are some of the findings of an Ipsos poll conducted between September 6-7, 2022, on behalf of MDVIP. For this survey, a sample of 1,003 adults age 18+ from the continental U.S., Alaska, and Hawaii was interviewed online in English.

The sample for this study was randomly drawn from Ipsos’ online panel, partner online panel sources, and “river” sampling and does not rely on a population frame in the traditional sense. Ipsos uses fixed sample targets, unique to each study, in drawing a sample. After a sample has been obtained from the Ipsos panel, Ipsos calibrates respondent characteristics to be representative of the U.S. Population using standard procedures such as raking-ratio adjustments. The source of these population targets is U.S. Census 2019 American Community Survey data. The sample drawn for this study reflects fixed sample targets on demographics. Posthoc weights were made to the population characteristics on gender, age, race/ethnicity, region, and education.

Statistical margins of error are not applicable to online non-probability polls. All sample surveys and polls may be subject to other sources of error, including, but not limited to coverage error and measurement error. Where figures do not sum to 100, this is due to the effects of rounding. The precision of Ipsos online polls is measured using a credibility interval. In this case, the poll has a credibility interval of plus or minus 3.8 percentage points for all respondents. Ipsos calculates a design effect (DEFF) for each study based on the variation of the weights, following the formula of Kish (1965). This study had a credibility interval adjusted for design effect of the following (n=1,003, DEFF=1.5 adjusted Confidence Interval=+/-5.3 percentage points).