When last we saw Theon Greyjoy he was battered, but emboldened. Having just out-slugged a rebellious rival, he knelt at the sea, ready to sail off in defense of his sister. According to Ipsos’ first Game of Thrones Season 8 death poll, many do not think this honorable act will end well for the ironborn castrato.

Not only do they think he is the second-most-likely-to-die (edged out by Cersei Lannister), respondents think he is the most likely not to stay dead. Theon was rarely formidable as a living human. Will he strike more terror as a White Walker? Tune in to the final season of HBO’s hit Game of Thrones, which returns for a short and likely not very sweet season on Sunday.

Ipsos will be running its Game of Thrones survey each week, asking show-watchers to handicap the key questions of who will die, who will become a White Walker when they do and who will wind up on the iron throne. 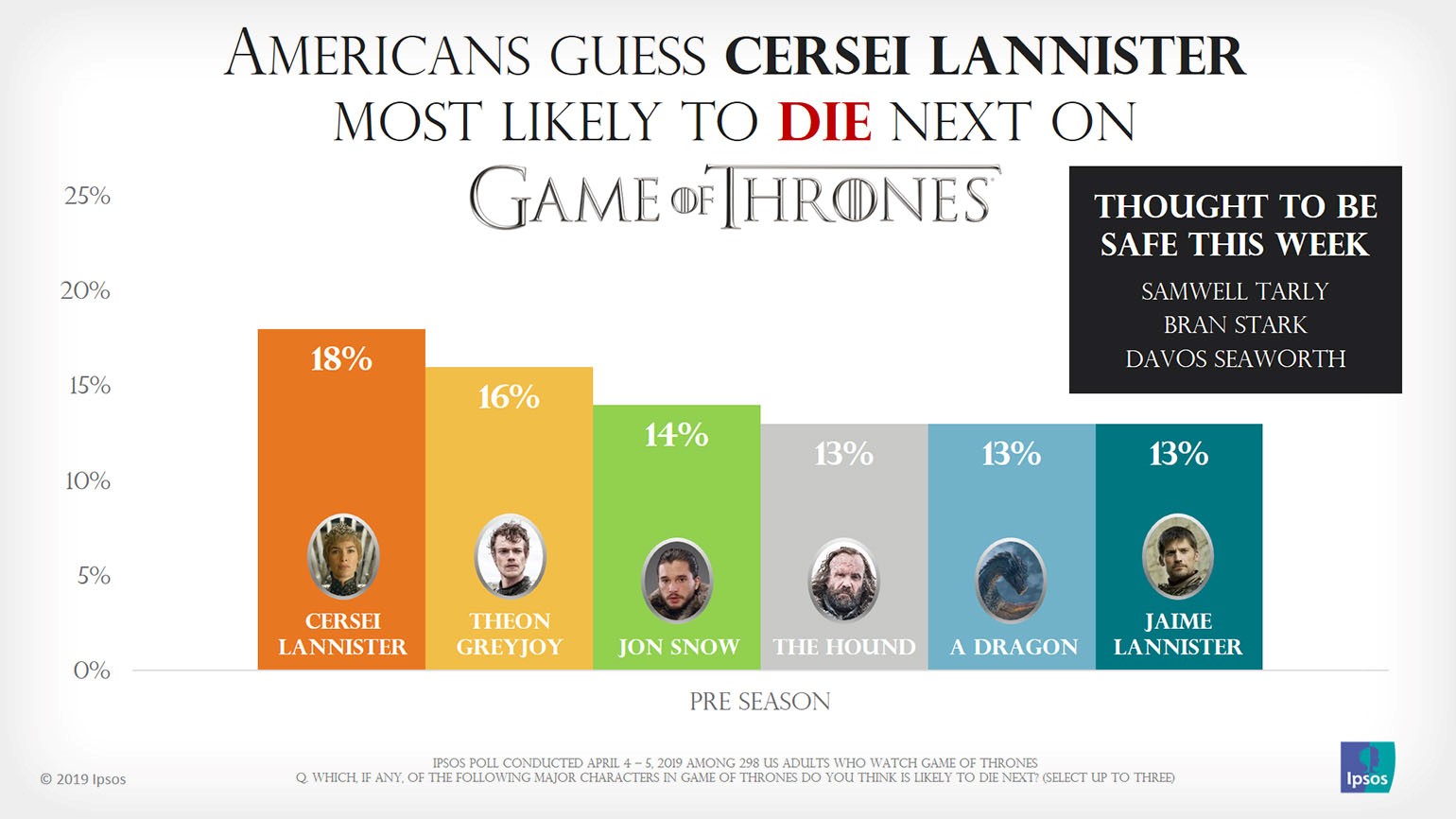 Currently, the pre-season favorite to rule Westeros is Jon Snow, revealed in the season seven finale to actually be Aegon Targaryen. But a further question of who should rule Westeros reveals a potentially sad truth. In the survey, Jon Snow was considered the candidate with the most righteous claim to the throne.

But when in George R.R. Martin’s sprawling epic has the “right” outcome been the actual outcome? Ned Stark answered that in season one. It’s just as likely that the Night King will sweep through the armies of the living in a massive allegory for climate change. 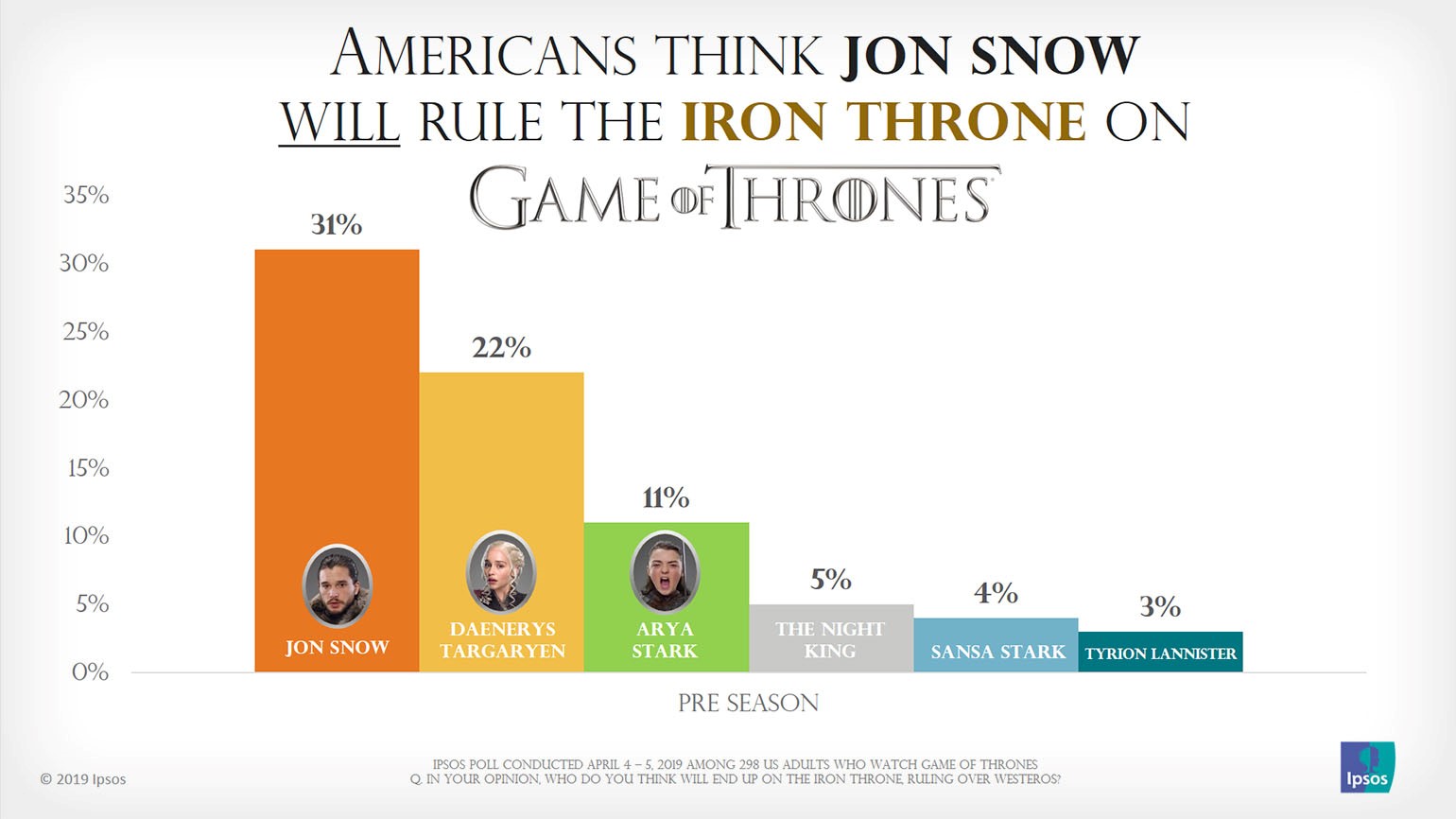 So, while Game of Thrones fans have ample evidence that this isn’t a show about happy endings, the data show they are still hoping for one. Sure, Jon Snow has come back from the dead and his lover (and aunt) Daenerys Targaryen has walked unscathed from burning buildings, but for the most part the underdogs have wound up underground in the crypts on this show.

As Lord Baelish, the “winner” of last season’s death poll once said, “I’d read all the stories. The little hero always beats the big villain in all the stories.” This reasoning led him to challenge the much knightier Brandon Stark to a duel for Catelyn Tully’s hand. “In the end,” said Baelish, “[Catelyn] wouldn’t even let him kill me. ‘He’s just a boy,’ she said. ‘Please don’t hurt him.’ So he gave me a nice little scar to remember him by and off they went.”

Clearly many are still rooting for the little heroes. In the next six episodes, we’ll find out how it plays out as this tale concludes. Valar morghulis.