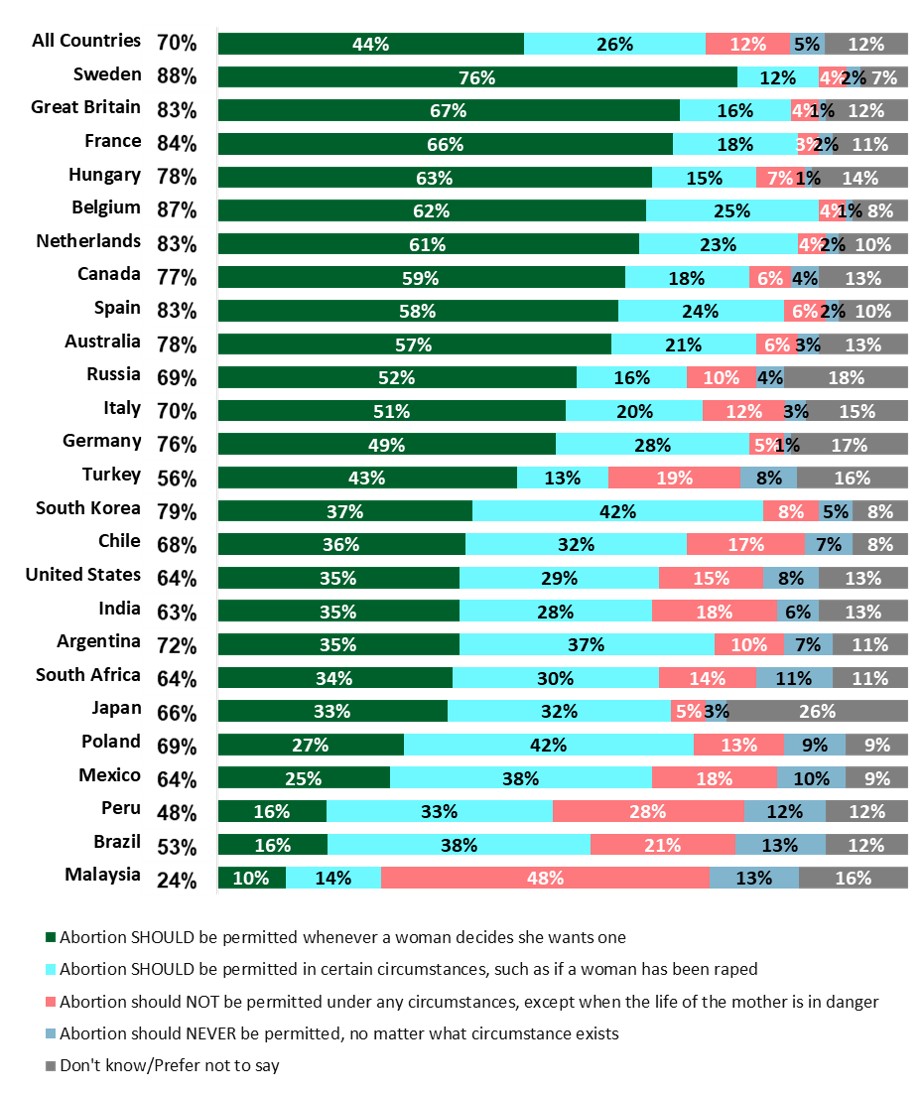 The samples in Argentina, Australia, Belgium, Canada, France, Germany, Great Britain, Hungary, Italy, Japan, the Netherlands, Poland, South Korea, Spain, Sweden, and the U.S. can be taken as representative of these countries’ general adult population under the age of 75. The samples in Brazil, Chile, India, Malaysia, Mexico, Peru, Russia, South Africa and Turkey are more urban, more educated, and/or more affluent than the general population. The survey results for these countries should be viewed as reflecting the views of the more “connected” segment of these population.