New research from Ipsos MORI finds that MPs are far more likely than the public to think they should use their personal experiences and principles to make decisions – 47% of MPs say that their own principles should be one of the most important factors in making decisions, while 8% of the public think this should be the case. Likewise, 26% of MPs believed that their own experiences should be one of the most important influences on their decision-making, while 6% of the public thought this. 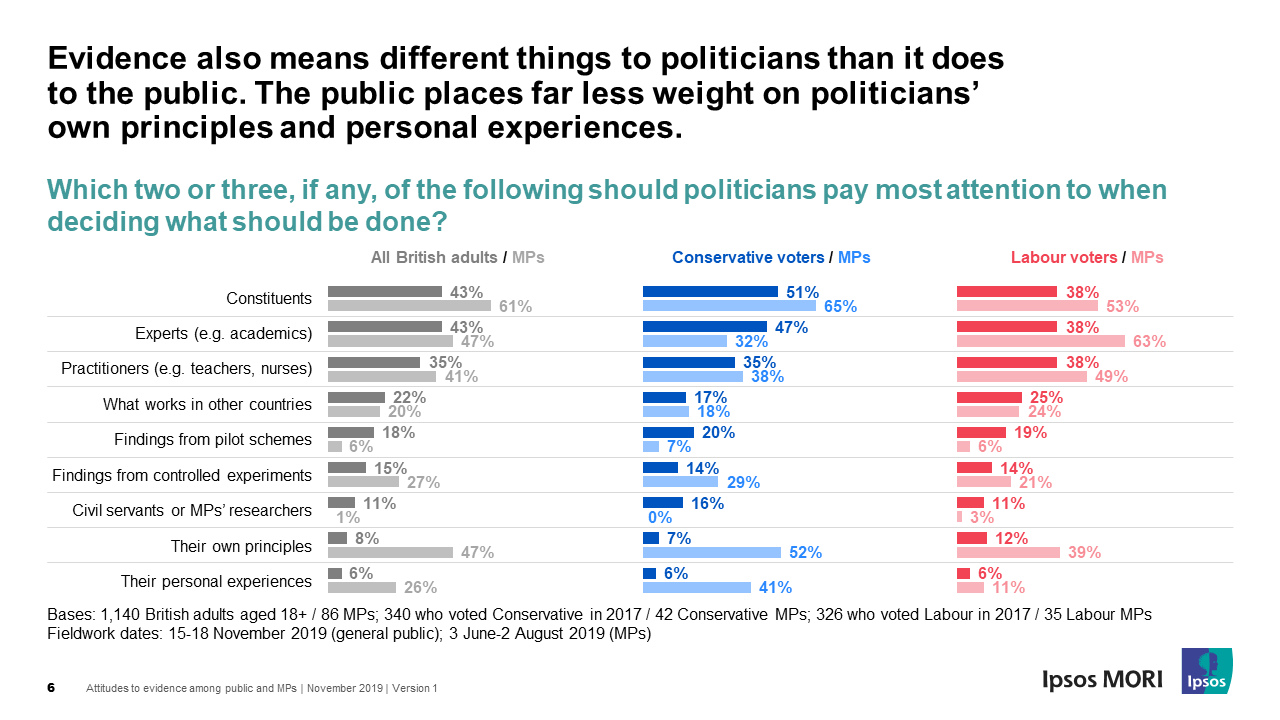 When it comes to real action, MPs are most likely to recall using their constituents’ views to justify decisions they have made, with 8 in 10 MPs (80%) identifying this. This is followed by experts/academics (73%) and then their own principles (64%).  In contrast, just around 1 in 10 (12%) members of the public think that politicians have paid most attention to their views as constituents. Instead, Britons feel that one of the biggest influences on MPs has been their own principles – 44% of the public think this is among the things that MPs pay most attention to. 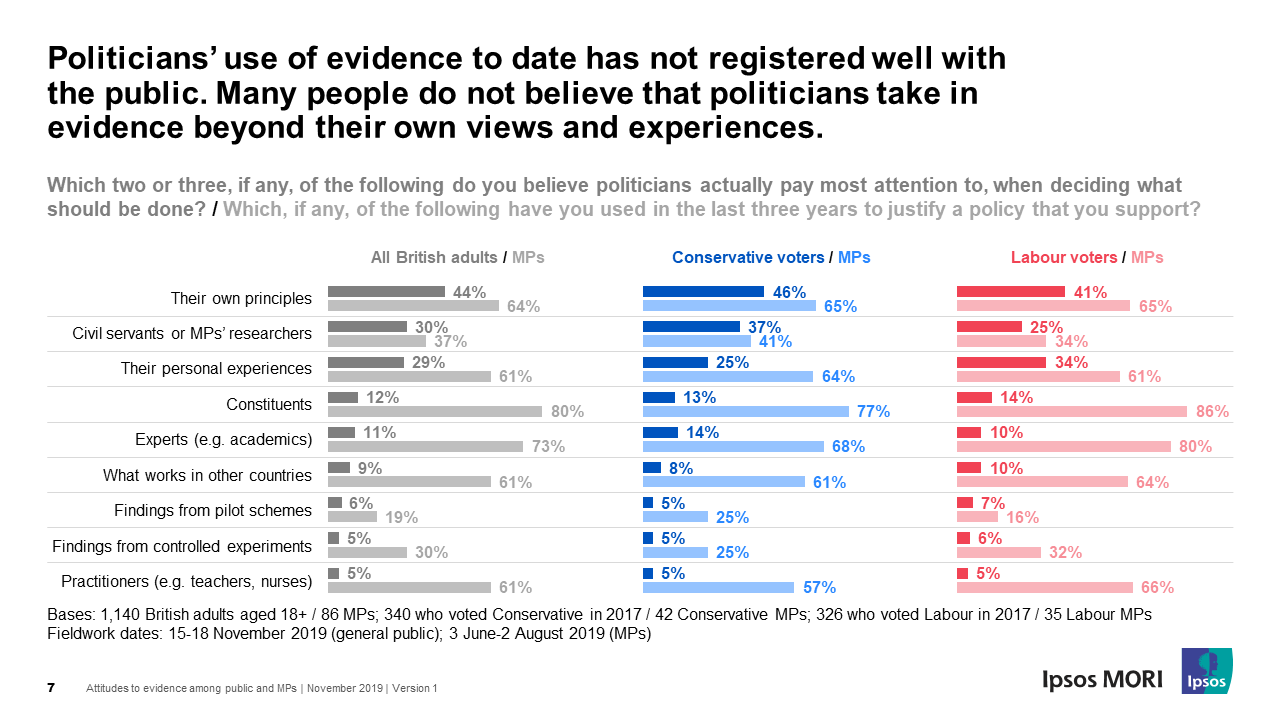 Unsurprisingly, when asked what would encourage them to make better use of evidence, 3 in 10 MPs (30%) say more time while 2 in 10 (20%) want the evidence to be clearer or better explained.

This study, the first in our Evidence Matters series, shows that the public still values the views of experts. Politicians however, are more likely to say that they use their own personal experiences and principles to guide decisions instead, with Conservative MPs more likely to say this compared to Labour MPs. Notwithstanding differing party views on what should be important, MPs from both major parties are similar in terms of what they actually do.  So what is driving low use of evidence and experts in political decision making? Beyond the age-old excuse of not having enough time, we also see MPs are less open to evidence that contradicts their party policy or principles, and that they are not skilled enough to select reliable evidence from the mass of data available.