In the latest Perils of Perception survey by Ipsos, we look at how people perceive climate change and the ways they can help fight it. While 7 in 10 Britons (71%) say they understand what they need to do to help the fight, we examine how accurate their perceptions are.

Take the Perils of Perception Quiz

According to the Institute of Physics, the top 3 ways to reduce greenhouse gas emissions are having one fewer child, not having a car and avoiding one long-distance flight1. However, it would seem Britons are unlikely to recognise these, instead they are most likely to identify recycling as much as possible (55%), buying energy from renewable sources (45%) and replacing a typical car with an electric or hybrid vehicle (39%). 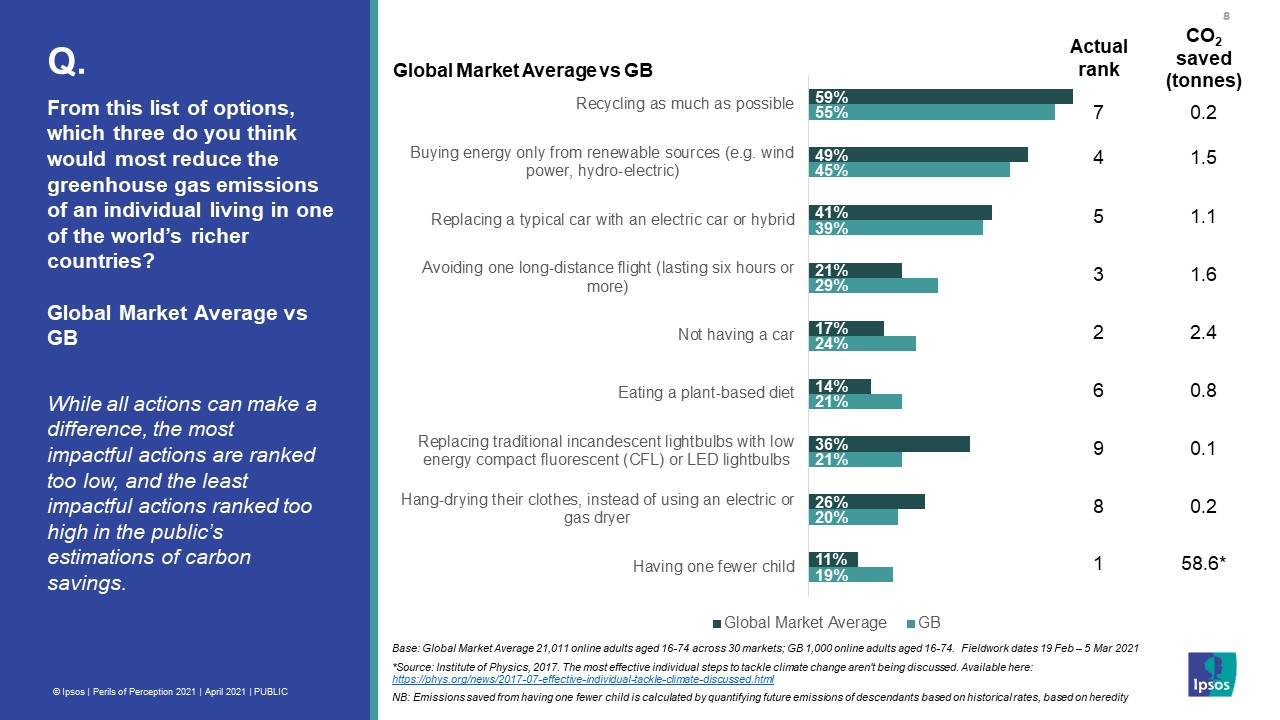 When looking at the top 30 ways to reduce our personal climate change impact, Britons are most likely to identify less packaging (61%) and buying fewer or more durable items (50%), placing 38th and 46th respectively2. 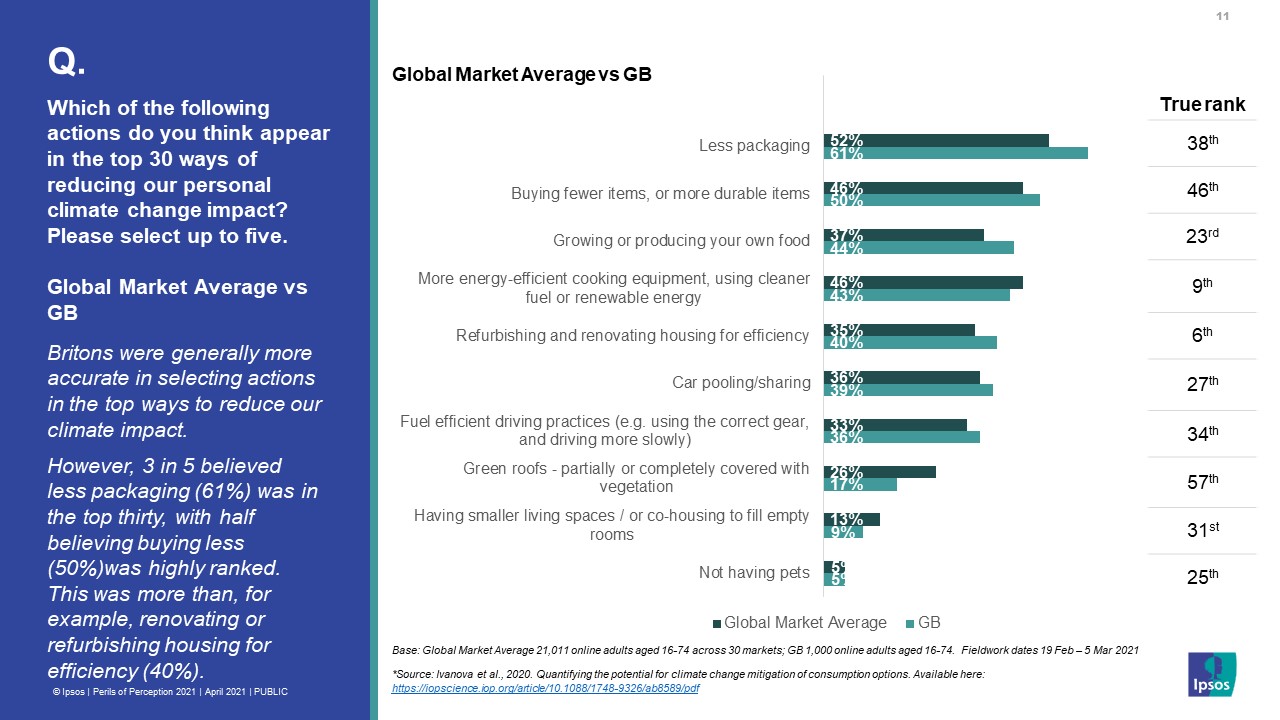 The measures identified that are included in the real top 30, as identified in “Quantifying the potential for climate change mitigation of consumption options”, include:

Britons’ perceptions of global warming are also imprecise, only 4% correctly say that all 6 years since 2015 have been the hottest year on record, 61% simply don’t know.

When looking at the effects of diets on the environment, the majority of Britons (62%) believe eating a locally sourced diet, including meat and dairy products, is better than a vegetarian one with some imported products. Only 1 in 5 (18%) correctly believe it is the other way around4.

The public seem to have got the message when it comes to the importance of recycling, the reality is that the actions that need to be taken require significantly bigger sacrifices. The issue of the environmental crisis is familiar to people around the world, but people remain confused about what actions are most likely to have a significant effect on their carbon footprint.