Prince William and Prince Harry are named by most Britons as the Royals they like the most, according to the latest Ipsos Political Monitor. Three in five (62%) listed Prince William among their two or three favourite Royals – the same percentage as in November 2012, when this topic was last polled. Prince Harry’s popularity has increased the most, climbing from 36% in 2012 to 58% this month, just below that of his elder brother.  The Queen also remains popular: half (47%) named her among their favourites, no change from the 48% in November 2012. 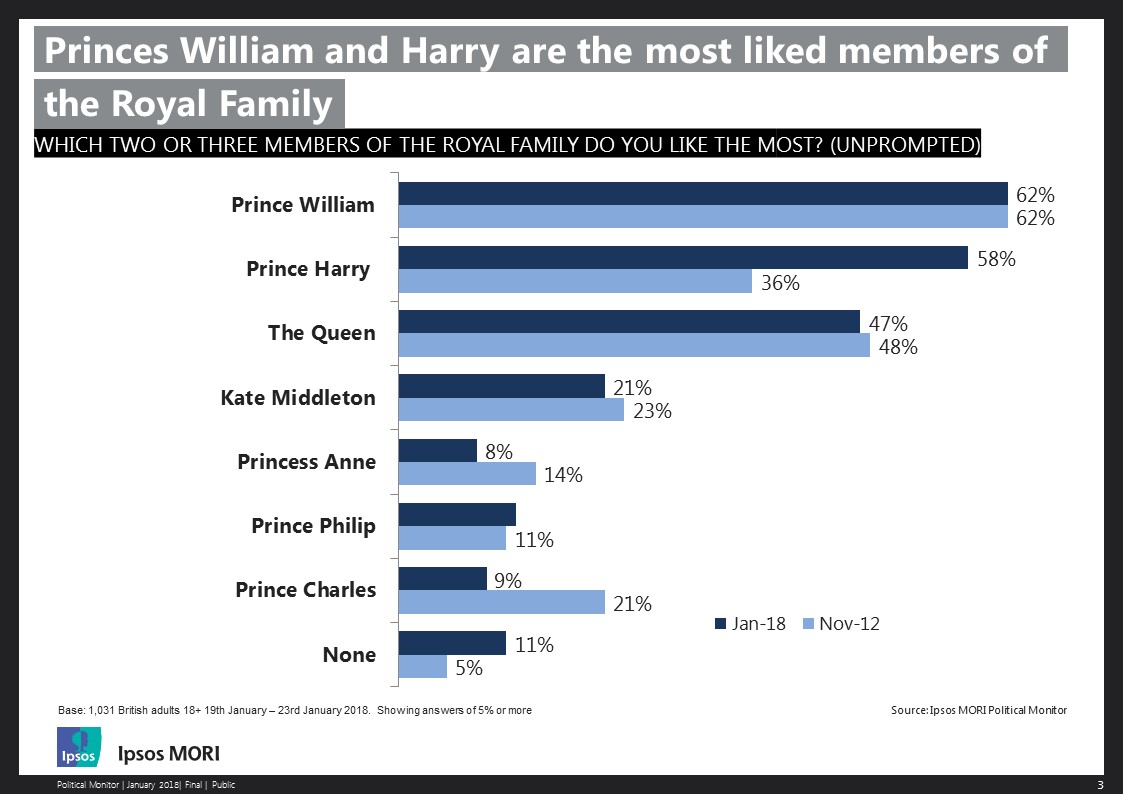 Women are particularly likely to name Prince William or the Duchess of Cambridge as one of their most liked members of the Royal Family.  Seven in ten (69%) women participants mentioned William as one of their two or three favourite Royals, and 28% the Duchess of Cambridge, compared with 54% and 13% respectively among men. In contrast, Prince Harry’s popularity is evenly distributed across genders: 58% of females and 57% of males named him as among their favourite Royals.

The general public were also asked how favourable or unfavourable their opinions and impressions were towards several members of the Royal Family. Prince Harry (87% favourable), the Queen (85% favourable), Prince William (83% favourable) and the Duchess of Cambridge (78% favourable) all receive very positive ratings.

Most (54%) are also favourable towards the soon-to-be newest member of the family, Meghan Markle.  Few give a negative opinion (just 8% unfavourable), while three in ten (27%) are neither favourable nor unfavourable.

Again, women tend to have particularly favourable views, notably for the Queen, Prince William, Prince Harry, Meghan Markle, and the Duchess of Cambridge. 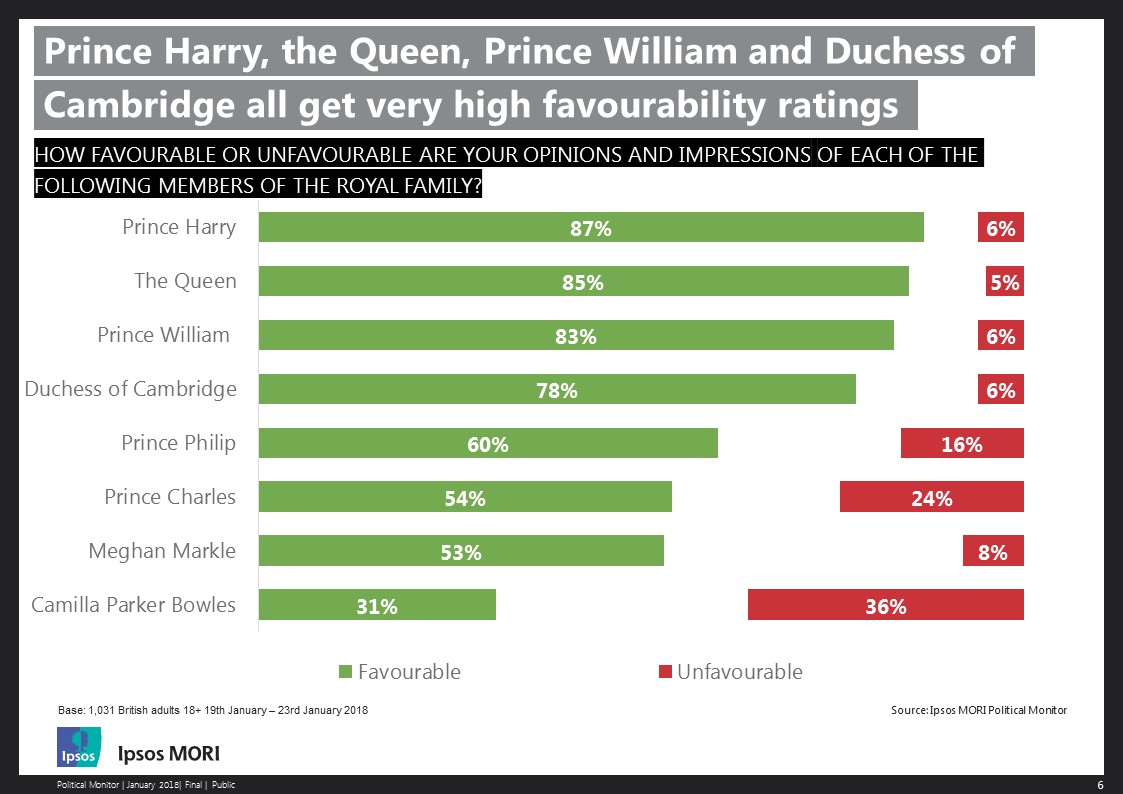 There’s little sign of the Royal Family losing their support among the public, and importantly for the future it’s not just reliant on the Queen herself, with William, Kate and Harry joining her with favourability ratings most politicians could barely dream of.  Prince Harry has become more popular amongst all sections of society over the last few years, and while not everyone has an opinion yet on Meghan Markle, those who do are much more positive than negative – especially women.

Ipsos interviewed a representative sample of 1,031 adults aged 18+ across Great Britain. Interviews were conducted by telephone 19th January – 23rd January 2018.  Data are weighted to the profile of the population.