New York, NY — In a first of its kind study, Ipsos tested all of the commercials during the Super Bowl in real-time at a party featuring drinks, snacks and electrodes. Unlike other Super Bowl studies, the Ipsos ranking is based on objective, scientific non-conscious (System 1) reactions rather than only asking people how they reacted or using a panel of “experts.”

Ipsos recruited 45 football fans split between the Eagles and Patriots to watch the game in a theater in New York City. Each participant wore biometric sensors that measured their emotional arousal based on galvanic skin response (GSR). This new technology from Shimmer Research allowed Ipsos to measure nonconscious response to every commercial throughout the duration of the ad. 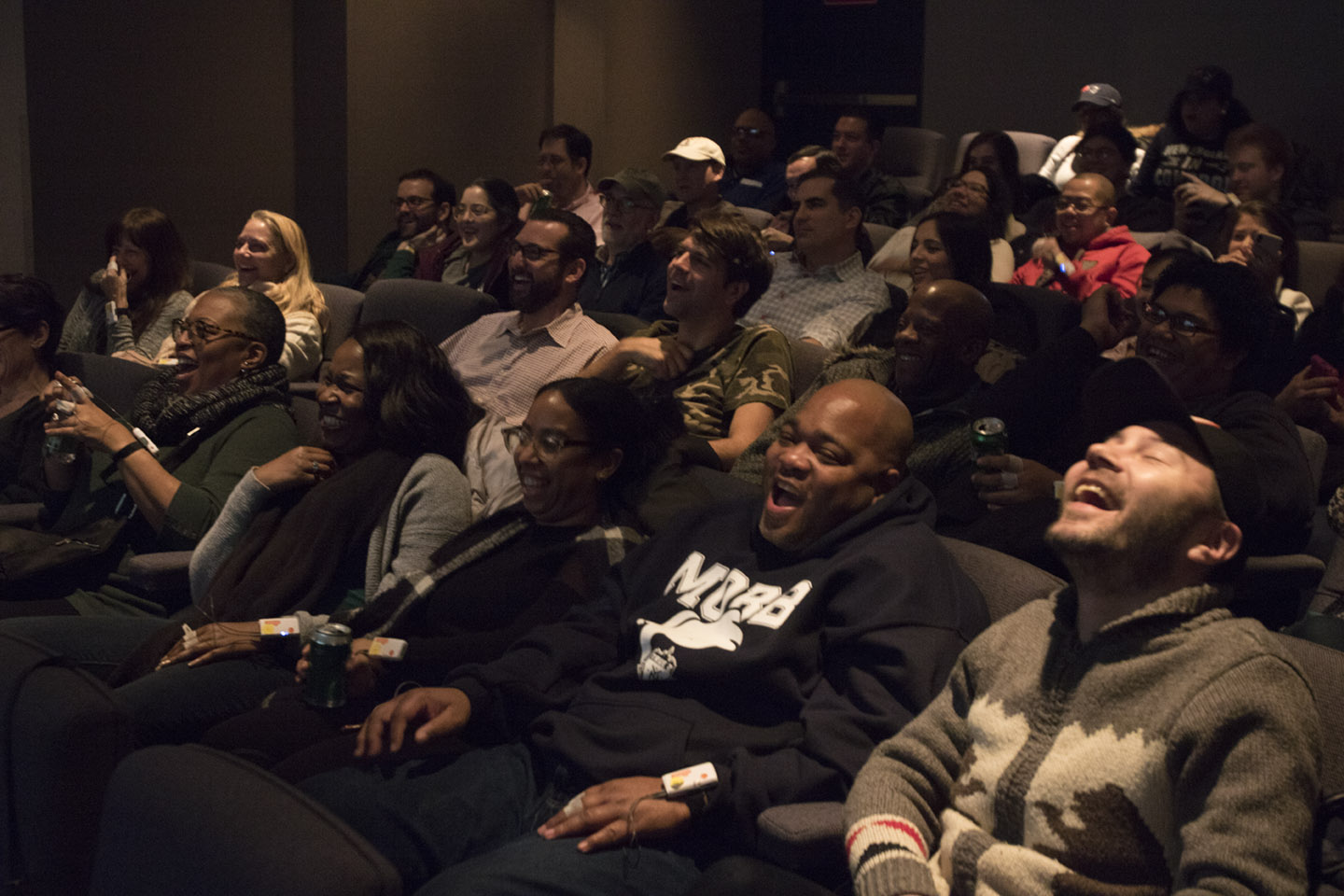 Image Above: The Ipsos panel laughs at a key moment during the 3rd quarter Tide spot that topped the Ipsos Super Score ranking.

According to Elissa Moses, CEO, Ipsos Neuro and Behavioral Science Center, “We created a Super Score for each spot based on four key drivers of great Super Bowl ads: 1) The first five seconds reflect an ad’s ability to hook viewers emotionally. 2) The last five seconds reveal excitement over the major brand reveal. 3) The average arousal over the course of the ad, meaning overall excitement power and 4) the highest ad scene peak telling us which ads brought viewers to the highest summit of emotion.”

Tide achieved as close to a take-over of the Super Bowl as you can get, running a different spot in each quarter. The ads, produced by Saatchi & Saatchi New York for packaged goods giant Procter & Gamble, were humorous nods to other brands and commercials but focused on the clean clothing the characters were wearing. Tide’s third quarter featuring sibling brand Mr. Clean being replaced by Tide stand-in David Harbour, was the highest-scoring spot of the more than 75 ads tested, according to the proprietary Ipsos metric.

"The Tide ads represent a great deal of investment from P&G but also great return," said Shaun Dix, Executive Vice President of Ipsos Connect. "The first 45-second spot scored lowest but once the audience got the joke, it set up the success of the other three spots and built engagement throughout the game. It was a case study in itself, in building a campaign that delivers more than the sum of its parts.”

In a post-study questionnaire one panelist said, “It had me thinking every ad was a Tide ad.”

Tide beat out spots from the NFL at #2 and M&Ms at #3 rankings on Ipsos Super Scores.

The NFL’s spot featured football greats Eli Manning and Odell Beckham Jr. in a send-up of the movie “Dirty Dancing.” M&Ms scored a hit – literally – with actor Danny DeVito, dressed as a red M&M getting smacked down comically by a truck. The Mars brand returned to the Super Bowl after a three-year break with a 30-second ad from BBDO New York.

“The Super Bowl featured commercials that used every trick in the book from celebrities to babies to robots designed to entertain and grab attention. But this year the continuing story of Tide doing double duty to give homage to other P&G brands as well as using Behavioral Science concepts of association to link to other brands’ ads brought advertising virtuosity to a new height,” said Moses.

Read more about this study and our findings by clicking here.