New research to support the launch of King’s College London’s World Questions event series, which begins with Hillary Rodham Clinton and Julia Gillard on 13 November, reveals public perceptions of what helps or hinders women’s equality in Britain and around the world.

Around 20,000 people across 28 countries were surveyed by the Global Institute for Women’s Leadership, King's College Policy Institute and Ipsos MORI for the study. 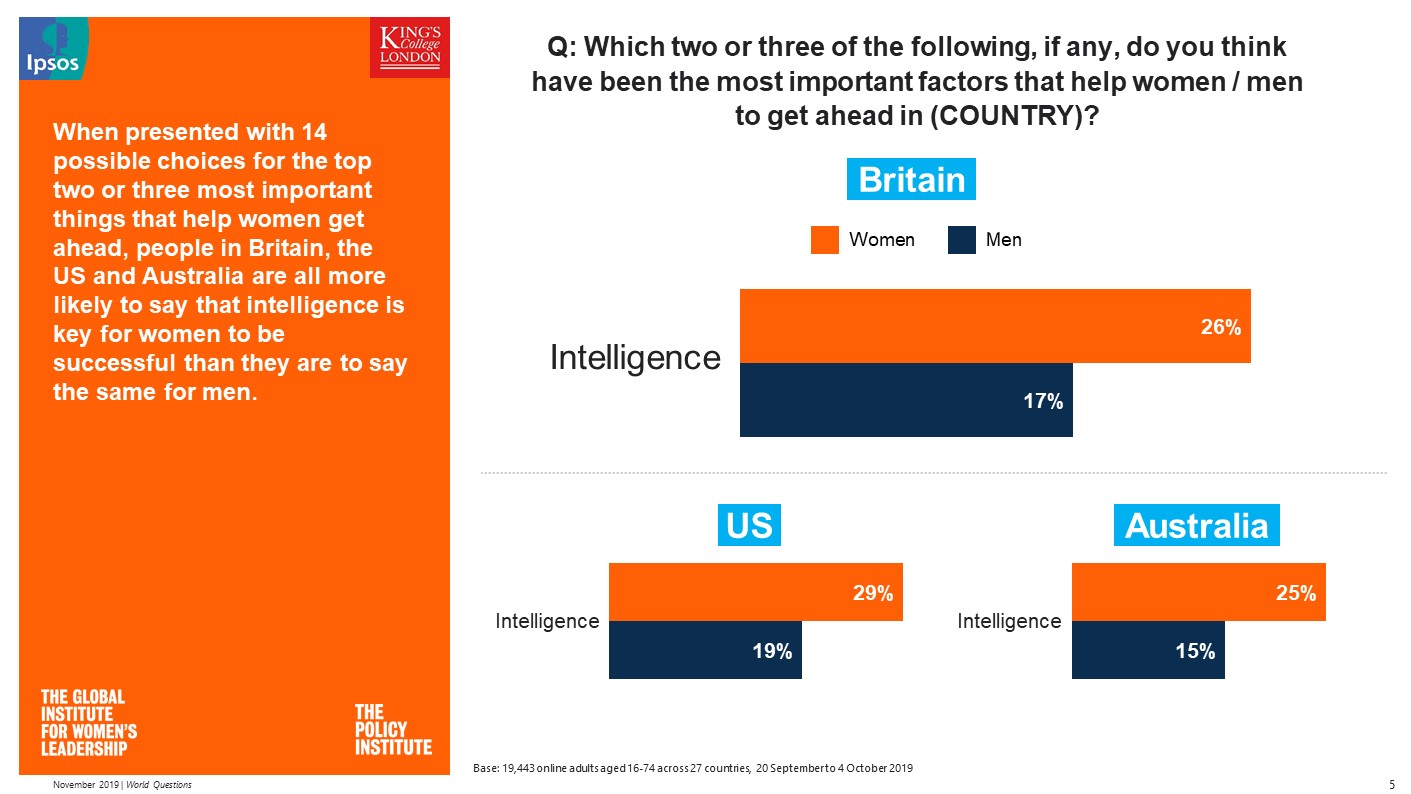 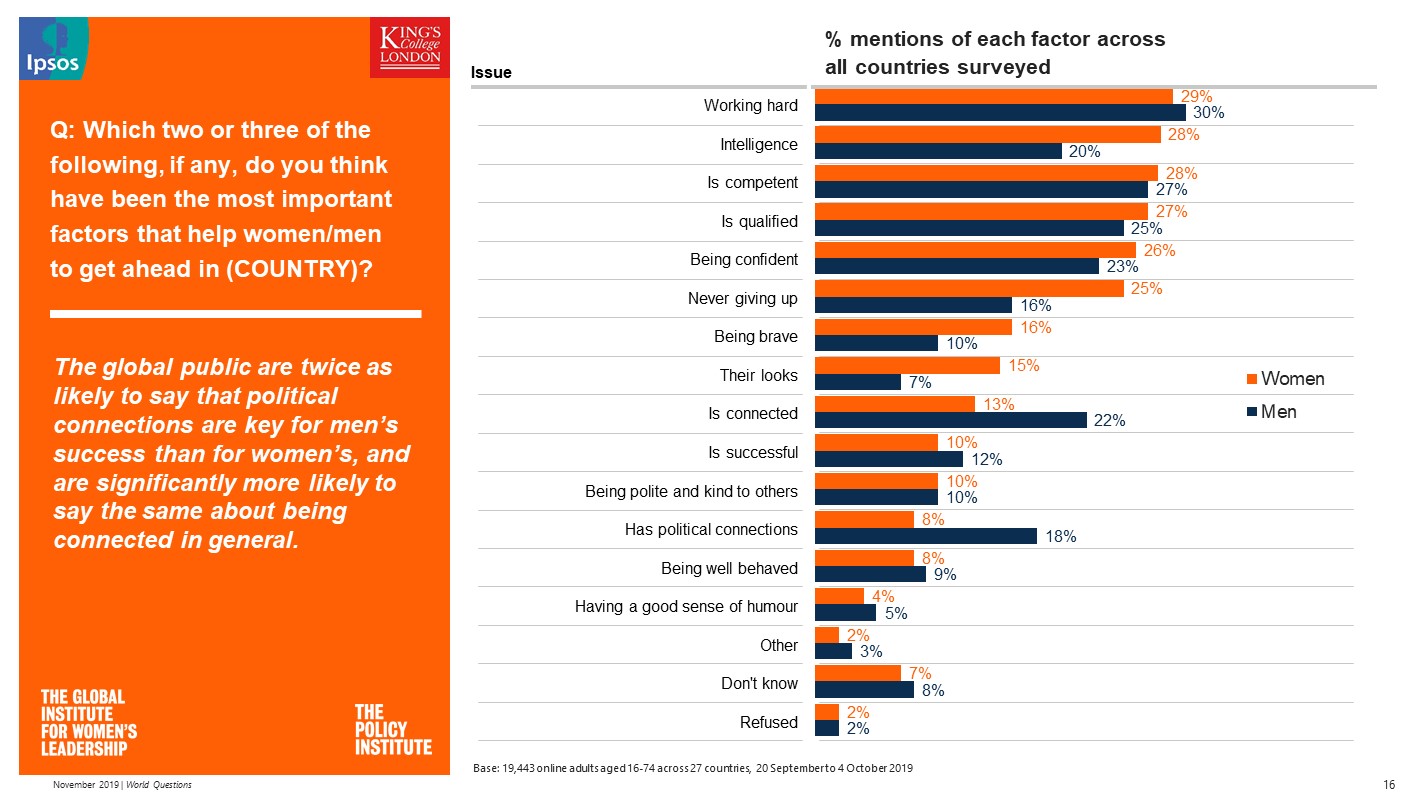 This research reinforces that people understand men are more likely to get ahead in life because of the old boys’ network, while women have to be significantly better and more intelligent to even get a foot in the door. Hillary Rodham Clinton is someone who knows a great deal about being more qualified, competent and hard-working than her male peers. I’m delighted to welcome her to King’s College London to launch the World Questions event series with a discussion about her experience as a leader and what needs to change so that more women can follow her lead.

Decades of research has shown that men have an easier route to the top than women, and it’s reassuring that the public now recognise this – but concrete action is needed if we’re to level the playing field. Our survey also reveals that people see employers as a key barrier to equality, and they’re right that the world of work is holding many women back. Expanding access to flexible working and unbiased recruitment processes would be good places to start.

Our research shows that the adage ‘It’s not what you know but who you know’ still holds true – at least for men. For women to get ahead, it’s less about having connections and more about hard work, being intelligent, having the right qualifications and never giving up. That said, our research also shows that resilience alone will not enable women to achieve equality with men – they also need positive action and, in many countries, responsibility for this is seen to lie with employers. Our work also shows that representation matters – you cannot be what you cannot see. In line with this, over the next 25 years the three areas identified as being most important to achieve equality are representation of women in government and politics, women having senior positions in business and women reaching CEO/board positions.

The survey is an international sample of 19,943 adults aged 18-74 in the United States and Canada and 16-74 in all other countries. Interviews were conducted between 20 September and 4 October 2019.

Where results do not sum to 100 or the “difference” appears to be+-1 more/less than the actual, this may be due to rounding, multiple responses or the exclusion of don't knows or not stated responses.