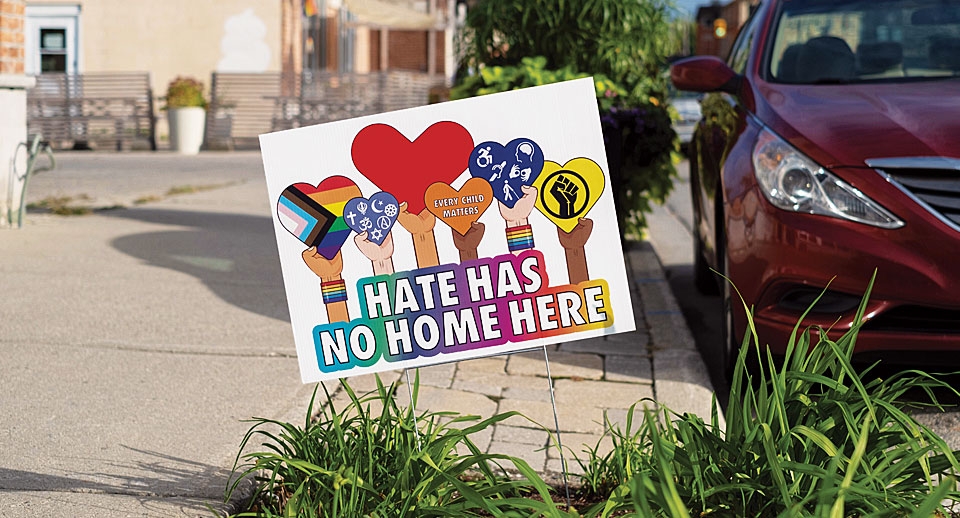 Dante Chinni wasn’t having a bad day. He just isn’t optimistic and talking about the future kind of depresses him. A longtime journalist, he’s the creator of the American Communities Project, which uses a county-level segmentation he created, as well as on-the-ground reporting to look at the geography of political identity.

Matt Carmichael: How are our physical divides dividing us politically?

Dante Chinni: Everybody's trying to win, or more importantly, I think everybody wants the other side to lose. That's why we can't get anything done. I'm not feeling very positive about the future right now. I keep telling everybody it's going to be a really bad decade. There are a lot of winners and losers economically and we're going through big demographic changes. These things create uncertainty and create tensions and they don't tend to create unity. I don't see anything pushing everything back together right now. The only forces I see are things pulling things apart.

Carmichael: How do demographics and political identity interplay?

Chinni: The way I like to think about it is the different markers within the data that increasingly let you figure out whether somebody's a Democrat or Republican. It's been remarkable over the last 10, 15 years, what education is done for understanding where somebody stands, particularly for white people. If you give me the basics of age, race and educational attainment, I'll tell you a lot about someone. If you tell me where they live – their home, county or city – I can tell you much more.

Carmichael: Has the role of place in our identity changed?

Chinni: I’ve been doing this project for 14 years in different forms. I always knew the place part of it was big and it’s become bigger. There was this feeling in the ‘90s when the web became a thing that place wasn't going to matter anymore. You could live in Kansas and have it be like the most far-flung suburb of New York. But what's really happened is the internet and the web have just become a million-channel cable box.

Carmichael: The American Communities Project is both a quant and qual project, right?

Chinni: We start with the quant work. Essentially, it's a filter. We use the data to find the story. But going out and talking to people is eye-opening. There's almost always something I hadn't thought about. And it'll make me go back and get another data set to see if this is an outlier or something we hadn’t captured yet in the data.

Carmichael: How is the geography of our political identity changing?

Chinni: The blue and red divides have gotten deeper. But when you break it down by geography, you see these fissures and you see the puzzle pieces moving a little more. I feel that the parties in 10 years could just look dramatically different. Nationally, the party ID is getting stronger. The big cities are more Democratic. The urban suburbs are more Democratic and rural middle America is more Republican. But then you get to these other communities and exurbs, and you start to see the shifts happening in those places.

Carmichael: So, geographic complexity might lead us to more than two parties?

Chinni: It's tough, because the system is just designed for two. There could be a point over the next decade where we

go through a period where there are three or four parties. But I feel like it's a moment. Eventually we'll transition that into something else.

Carmichael: Will the metaverse make unity easier or harder?

Chinni: The virtual spaces are going to allow people to retreat further and subdivide their community to be around people that are more like themselves. The metaverse is going to exacerbate the thing we've seen with real-world geography. It's going to create digital communities of affinity.

Carmichael: Do you think people are relocating to other states to find politically similar neighbors?