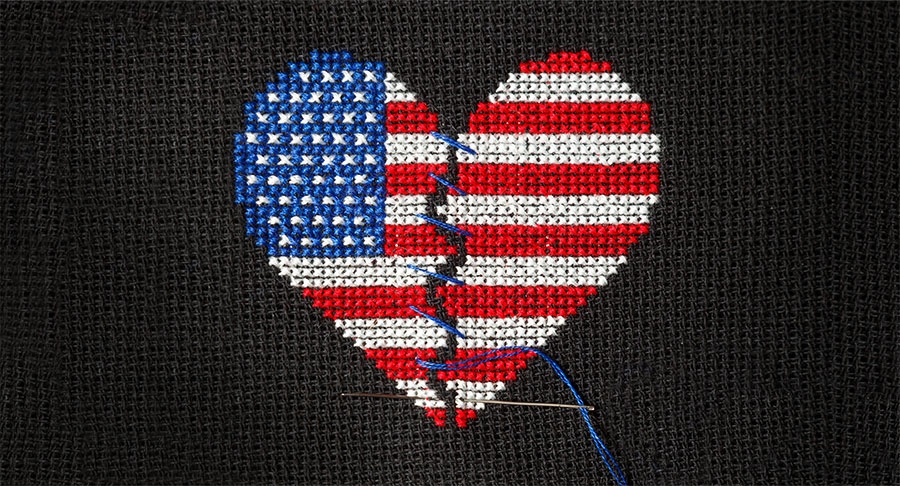 Washington, DC, January 15, 2021 – Americans are divided and America’s democracy is in a fragile state, as last week’s election protests and capitol siege shockingly displayed. Just 12% of Americans polled characterize the U.S. as unified and only 25% describe our democracy as strong. Political party identification has become the chief dividing line in this new American ethos. Yet, there is hidden common ground among citizens on many Constitutional principles, policies and ideals. These shared beliefs could serve as a starting point to mend divisions and reset democracy to work for all Americans, according to Ipsos’ latest issue of What the Future: Democracy.

In this issue of What the Future, Ipsos asks four major questions of the nation’s foremost experts on politics, civic engagement, racial equality, and media: How can we fix politics, to what extent should brands support democracy, how can we make democracy work for all Americans, and can we cover politics without being political?

Then, Ipsos researchers share guidance on what these questions mean for consumers, society and brands. Download the Democracy issue. Below are a few research highlights followed by a topline of the survey results:

These are the findings of an Ipsos poll conducted between December 1-2, 2020. For this survey, a sample of 1,159 adults age 18+ from the continental U.S., Alaska, and Hawaii was interviewed online in English. The poll has a credibility interval of plus or minus 3.3 percentage points for all respondents.

For full results, please refer to the annotated questionnaire.