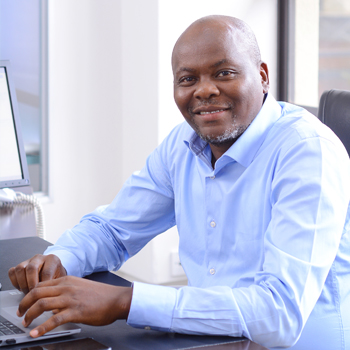 The talks are hinged on the United Nations Framework Convention on Climate Change (UNFCCC) adopted in Rio de Jenairo, Brazil, in 1992 and entered into force in 1994. Since then, there have been many extensions to the UNFCCC treaty including those have been negotiated during these COPs to establish legally binding limits on greenhouse gas emissions for individual countries, and to define an enforcement mechanism.

Some of the landmark agreements include the Kyoto Protocol 1997, and the Paris Agreement in 2015. The Kyoto Protocol defined emission limits for developed nations to be achieved by 2012; while the Paris one saw all countries agree to step up efforts to try and limit global warming to 1.5°C above pre-industrial temperatures, and boost climate action financing.

Climate change is responsible for the destruction of infrastructure, food insecurity, loss of livestock, crops and livelihoods and displacement of people.  Recent data shows that two in five (43%) believe conflict to be the greater cause of internal displacement, while a third (32%) chose climate and weather-related disasters. 9.8 million people were displaced due to changes in weather or climate in the first 6 months of 2020, compared with 4.8 million displaced by conflict.

The COP27, was therefore expected to deliver action on issues critical to addressing the climate emergency- from reducing greenhouse gas emissions, helping communities build resilience and adapt to the inevitable impacts of climate change, to financing climate action and addressing loss and damage in developing countries.

The world already agrees on the need to stabilize greenhouse gas concentrations in the atmosphere to prevent dangerous interference from human activity on the climate. Ipsos recent studies show that consumers care about the environment and that sustainability continues to be a priority. On average, 70% globally say they are more worried about the environment now than a year ago and 72% agree that if ordinary people do not act now to combat climate change, they will be failing future generations.

Research, however, shows that actions in favor of the climate are still not very effective and changing lifestyles is proving difficult.  In fact, there is a glaring dilemma across the world and in almost every sector when it comes to the fight against climate change and sustainable lifestyles. This situation is manifested in the empty rhetoric devoid of any tangible actions. It is this lack of action to demonstrate the global concern about global warming that represents a “say-do gap.”

There is also no consensus on the idea that a mere change in lifestyles would help fight climate change: it is shared by one out of two inhabitants of the planet (51%) and has tended to drop back in the past 2 years (-2 points since 2019).

For 69% of the world’s population, the levers for resolving climate problems are still primarily a matter for governments. Consumers feel that they are acting on their own level (50%) and only 45% think that it is up to them to act.

Globally, people are already carrying out several actions on an everyday basis: 40% carry out four actions or more systematically, 67% two or more. But it turns out that the actions most taken- sorting waste, purchasing only seasonal fruits and vegetables, reducing packaging- are not the ones that would be most effective in fighting climate change.

Such decisions and behaviors however, come with myriads of challenges, and they are influenced by a variety of factors that impede any meaningful progress on the fight to mitigate and adapt to climate change.

Key among a range of barriers that have been attributed to lack of actions among people towards addressing sustainability challenges is lack of awareness. There seems to be limited understanding about the issues in question. Therefore, most people underestimate high-impact actions such as taking flights and overestimate lower-impact actions such as avoiding excess packaging.

Other obstacles to sustainable consumerism include lack of financial resources, among others. The dominating development model primarily focuses on economic growth as precedence rather than people's rights or welfare, and environmental processes and limits. Without a paradigm shift in the worldview from treating the environment as part of the economy to treating the economy as part of the environment there will never be meaningful actions towards addressing the climate crisis. What is being witnessed is a situation where many people who are willing to practice pro-environmental consumer behaviors like paying a premium price for products with a moral cause, are not able to do so because of inadequate financial resources. This calls for deliberate efforts that will adapt the economy to ensure environmental protection is prioritized.

Certain situations that people find themselves in are also not conducive to sustainable lifestyles, like the physical environment. Take for example solid waste management, there are a range of ways in which our physical environment may not facilitate recycling of products. This may be in the form of space for storage and collection facilities. That is why people who live in apartments are 50% less likely to recycle.

Perceived risks, distrust, or negative association with green brands; and limited retail availability of many sustainable products have also been cited as some of the barriers to sustainable consumer behaviors in the face of the impact of global warming.

In the face of these limitations, more needs to be done to encourage or enable large-scale shifts in behavior that will more urgently address the climate emergency.

However, individuals often think they are doing more than their fair share compared to industry and government. Despite their strong sense of personal responsibility in relation to climate change, consumers do not consider themselves to have primary responsibility vs. the government and private companies.
Therefore, it is important to note that, action should not be left only to individuals. People expect government and brands to take a leading role in tackling climate change and environmental issues. In this way, organizations should act on their duty to close this say-do (or believe-true) gap. This involves gaining a deeper understanding of behavior and encouraging people to take actions that they are already inclined to do.

Companies are already facing a lot of pressure to demonstrate their sustainability credentials and continue to make it a central part of their value proposition as citizens expectations around global warming and its impact on their lives and livelihoods rise.  One of the most visible areas of focus for brands has been their packaging as they strive to align their values to those of the consumers.

Reducing packaging is a sensible approach to the sustainability question as avoiding products with a lot of packaging is often recognized by consumers as an action they can personally take. It is a tangible and straightforward task, but even the question of packaging and recycling can be fraught with confusion.
It is easy to dismiss consumers who say one thing and do another as irrational or limited in their capacity to self-reflect. The reality is that this is a misunderstanding of the challenges. Positioning consumers as a problem to be managed and controlled runs the risk of generating interventions that do not work and can even alienate them.

At Ipsos in Kenya, we believe a key element of sustainability is measuring the priorities and trends in societies and the impact on perception and expectations of organizations. To this end, we work with clients and conduct leadership studies on issues such as climate changes and the circular economy to enable insights and informed recommendations.

Through a combination of market and social research, we help organizations and brands to understand the multi-faceted behavior of consumers and recommend a range of interventions to address sustainability issues based on behavioral science.

Critical to this is also for industry and government to act on their duty to help consumers/ citizens to close the say-do gap and not to place the onus on these individuals. Industry and government should be leading, instead of waiting for consumers to catch up. This is always a challenge for many organizations working on sustainability.

In understanding that behavior is multi-faceted and requires a range of interventions to tackle different aspects of it, behavioral science offers some effective tools to think forensically about what underpins behaviors. Considering both the short- and longer-term influences on behavior also helps to build a more holistic view.

In combination with market and social research methods, it is possible to address the key barriers to strengthen the supporting dimensions that facilitate desired behaviors. This is a step towards bringing about the large-scale changes that are urgently needed to create a more sustainable future.

**The author is the Managing Director at Ipsos in Kenya