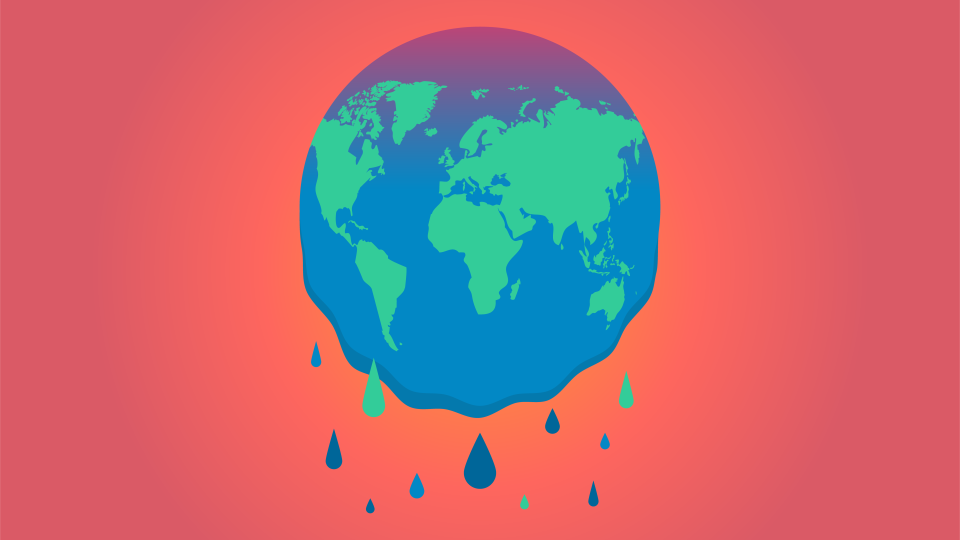 It feels like the world’s on fire (both literally and figuratively) these days.

Heat waves have pummeled people around the globe in 2022, from India and Pakistan this spring to the U.K., France and beyond this summer. There’s been wildfires and deaths linked to the record-setting temperatures.

Alongside these seemingly unrelenting weather events, the world is still battling the COVID-19 pandemic as well as soaring inflation. Attention is divided.

But in late July, the United Nations’ Secretary General put the spotlight squarely back on what he called a “climate emergency” and warned “half of humanity is in the danger zone, from floods, droughts, extreme storms and wildfires.”

Here's what Ipsos’ Global Advisor polling has uncovered about people’s attitudes related to climate change this year so far..

1. Spreading concern. Slightly more than 2 in 3 (68%) people, on average, across 31 countries said they were concerned about the impacts of climate change that were already being seen in their country in an online poll conducted this spring.

2. Fueling action. Polling from Ipsos with the World Economic Forum found people want their country to take action. The vast majority (84%) of those surveyed, on average, across 30 countries said it’s very, or somewhat, important to them that their country shifts away from fossil fuels to more climate-friendly and sustainable energy sources over the next five years.

3. Chewing on change. About 2 in 5 of people said they’re likely to eat less meat, or replace the meat in some meals with alternatives such as beans, in a bid to limit their own contribution to climate change in 2022.

4. We’re all in this together. The majority of respondents across 31 countries, on average, tended to agree businesses, governments and individuals will all be failing people if they don’t act now to combat climate change. 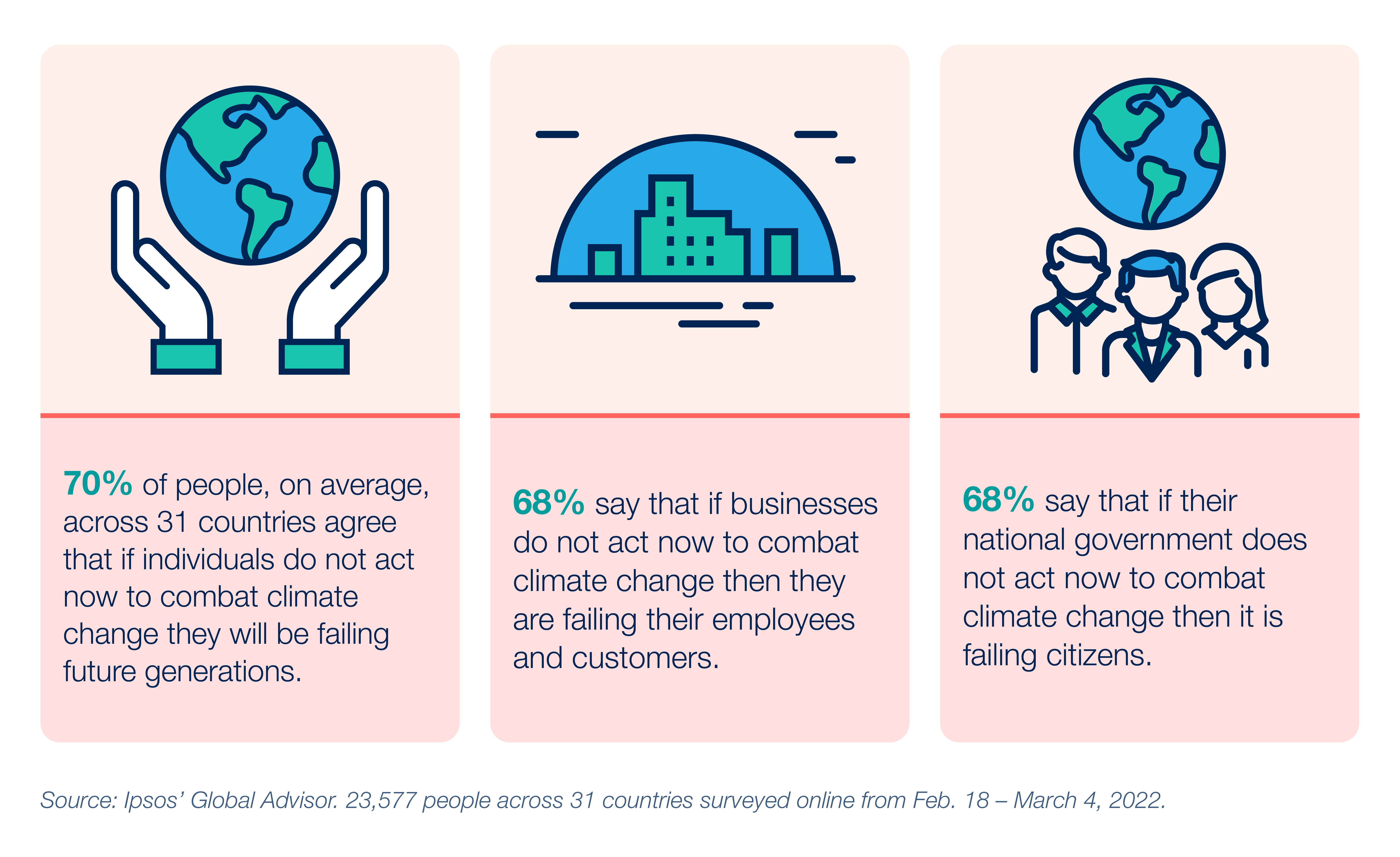 5. Inflation looms large. Despite headline-grabbing heat waves and wildfires this year, economic issues are grabbing more attention. While climate change and threats against the environment are worrying, inflation has been seen as the top concern around the world for four months in a row.