New York, NY, February 26, 2021 — A new Ipsos survey for the World Economic Forum finds that across the 27 countries surveyed, an average of 65% of all adults think that, in their country, someone’s race, ethnicity, or national origin influences their employment opportunities. When considering their own race, ethnicity, or national origin, an average of 39% say it has impacted their own employment opportunities. 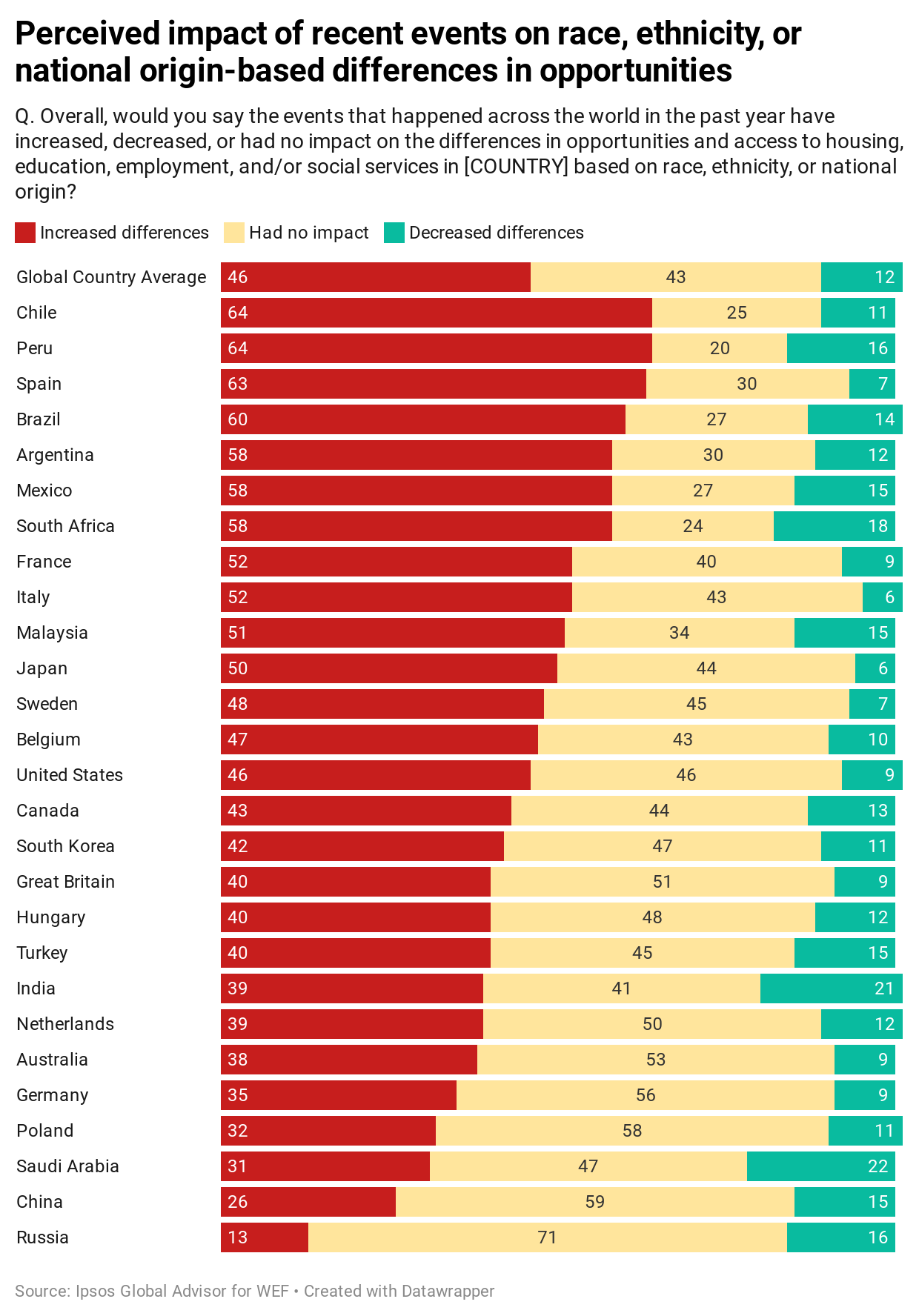