A new Ipsos global survey finds that, on average across 34 countries, more than half of all adults plan to watch the 2022 FIFA World Cup, to be held from November 20 to December 18 in Qatar.

Half of adults in Singapore (50%) also say that they intend to watch at least some of the month-long event, a significantly larger proportion than the 36% who say they follow football (soccer). Most of those who plan to watch plan to do it with family and friends, but many also plan to do so with colleagues – and 46% expect they will miss work or school to watch games.

Brazil is the country most widely expected to win the 2022 FIFA World Cup by adults in Singapore, followed by Germany, England, and France. The survey was conducted among 22,528 adults under the age of 75 between August 26 and September 9 on Ipsos’s Global Advisor online survey platform. This included about 500 Singaporeans aged 21 – 74 years. 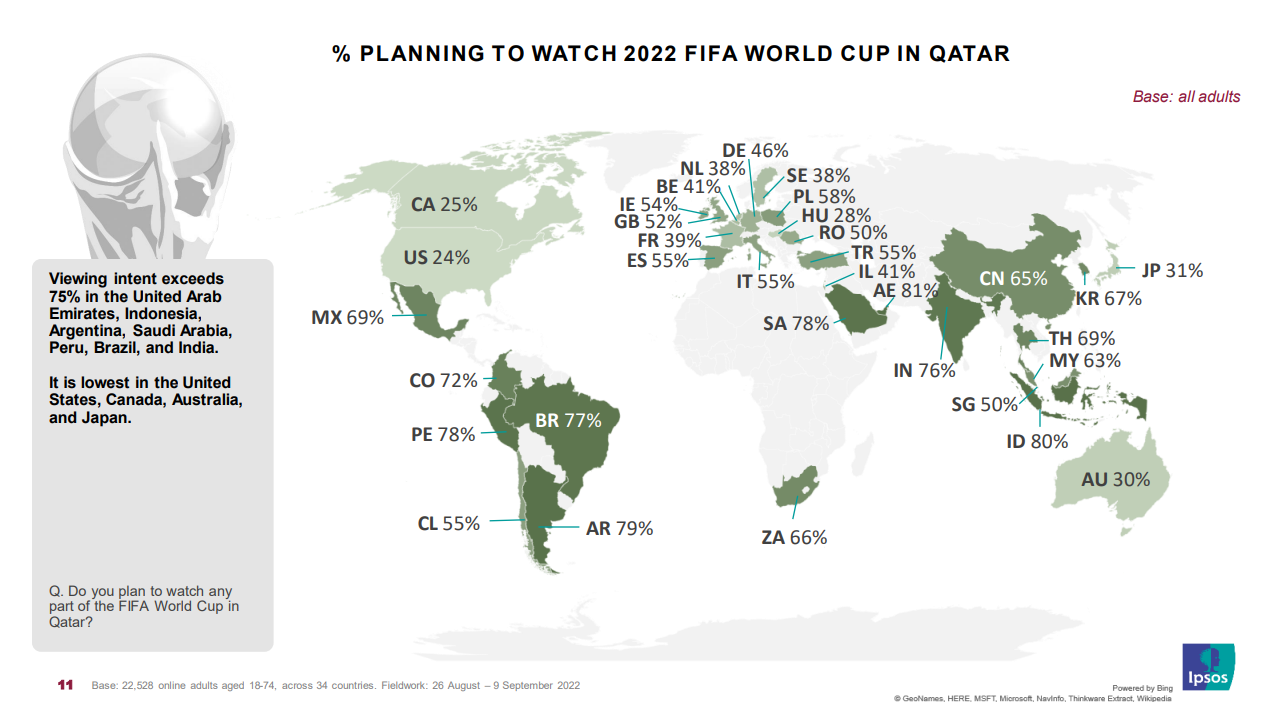 Of Singaporeans surveyed, 14% describe themselves as “passionate” followers who “will watch as many games as possible at any given time” and 22% say they follow the sport but will only watch games played by their favourite league or club and national team. Combined, after rounding, self-described football followers make up 36% of Singaporean adults surveyed.

Another 20% say they “very occasionally watch football/football games played by leading league/club and national teams” while the remaining 44% either do not watch any games at all or are not aware of the upcoming World Cup.

50% of all adults in Singapore say they plan to watch at least some part of the World Cup. This is similar to the global average of 55% adults who share this intent.

On average, in Singapore: