In 2012, Ipsos began a series of quantitative studies on people’s misperceptions of social realities in a joint research programme with King’s College London and the Royal Statistical Society. Six years later, after around one hundred thousand interviews in up to 40 countries, Bobby Duffy, Managing Director at Ipsos MORI Social Research Institute has written a book on how wrong we are, why we are wrong, and what we can do about it.

This unique study examines our misperceptions in all manner of issues; from our estimates of obesity levels, to immigrant numbers, trends in crime and terrorism, how much we need in a pension pot and the sex lives of young people…as well as our misperceptions around Brexit, Trump and Facebook.

At its core, Perils provides insights into why we so often misperceive basic facts about our countries. The Perils of Perception: Why We’re Wrong About Nearly Everything’ consolidates findings from Perils, unweaving the complex psychological tapestry of social, cognitive and media forces that determine the way we view the world around us.

‘The Perils of Perception: Why We’re Wrong About Nearly Everything’ is a must read for Singaporeans, as many of the topics it addresses are immensely relevant to the direction that the lion city is heading.

Diabetes is one such example. In 2016, the Singapore Government’s Ministry of Health launched a large-scale, multifaceted War on Diabetes due to the pervasiveness of Type 2 Diabetes1. Since then, there have been numerous diabetes campaigns, policies and initiatives, each of which aims to play a role in disseminating information, improving healthy behaviours and ultimately decreasing the prevalence of this debilitating disease.

Another example is use of social media. Uptake of technology is a priority area in Singapore, with the Government’s Smart Nation initiative aiming to encourage citizens and businesses alike to leverage infocomm technologies2. Given this national focus, Singapore’s internet penetration is high (83%)3 and usage of mobile phones is similarly commonplace4. In addition to statistics, simple observation suggests that smartphone usage is ubiquitous across the island: anyone who rides the MRT can vouch for this!

With this in mind, it seems reasonable to guess that, as a by-product of this high use of technology, most Singaporeans access social media. This is precisely what most thought. When asked the proportion of the population aged 13 and over who had a Facebook account, Singaporeans estimated 83%, significantly higher than reality (67%)5.

What do these two seemingly dissimilar findings tell us about human psychology? Despite their superficial differences, they both emphasise the way that internal and external forces converge to shape the way we view the world. In the cases mentioned, Governmental focus and media attention ensure that these topics are top-of-mind for most Singaporeans. Such mental salience leads to drastic overestimates of prevalence, in what is commonly referred to in behavioural science as the ‘availability heuristic’6.

The ‘availability heuristic’ is merely one of the many perils of perception discussed in the book. In order to find out more about the factors that cause your misperceptions about Singapore and the world, read ‘The Perils of Perception: Why We’re Wrong About Nearly Everything’, available now in major bookstores and online. 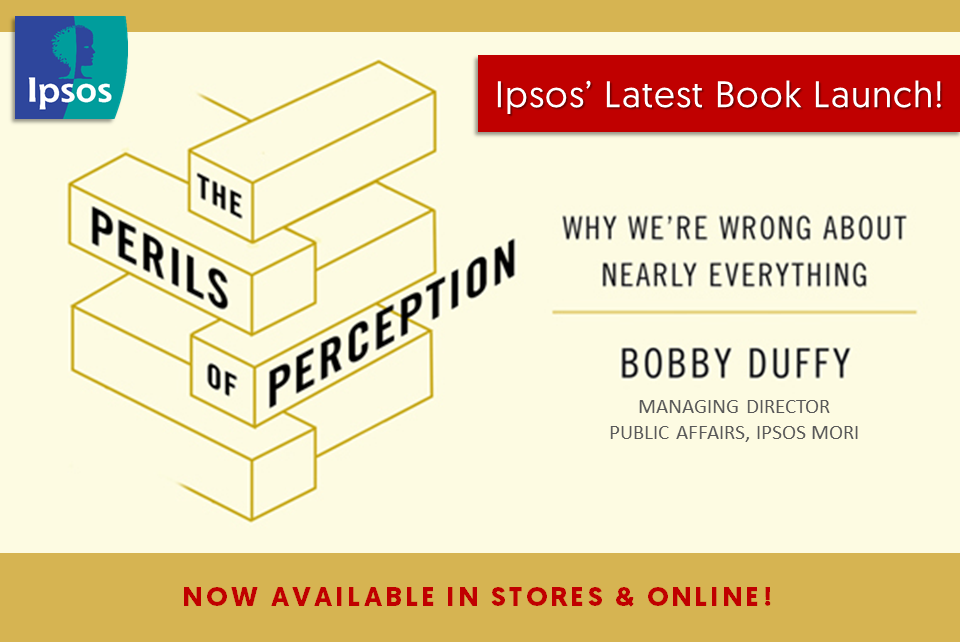 Robert McPhedran is an Associate Research Director at Ipsos. Based in Singapore, Rob has conducted research and consulted for multiple ministries in the public sector in New south Wales, Australia, and Singapore. He holds a Bachelor of Psychology (Hons) from UNSW.