New research by Ipsos shows the rising cost of living to be a key barrier to foreign travel for the British public this year.

When asked about plans for the next 12 months, almost two-thirds (63%) of Britons say they are unlikely to go abroad outside of Europe while 47% say the same for travelling within Europe. 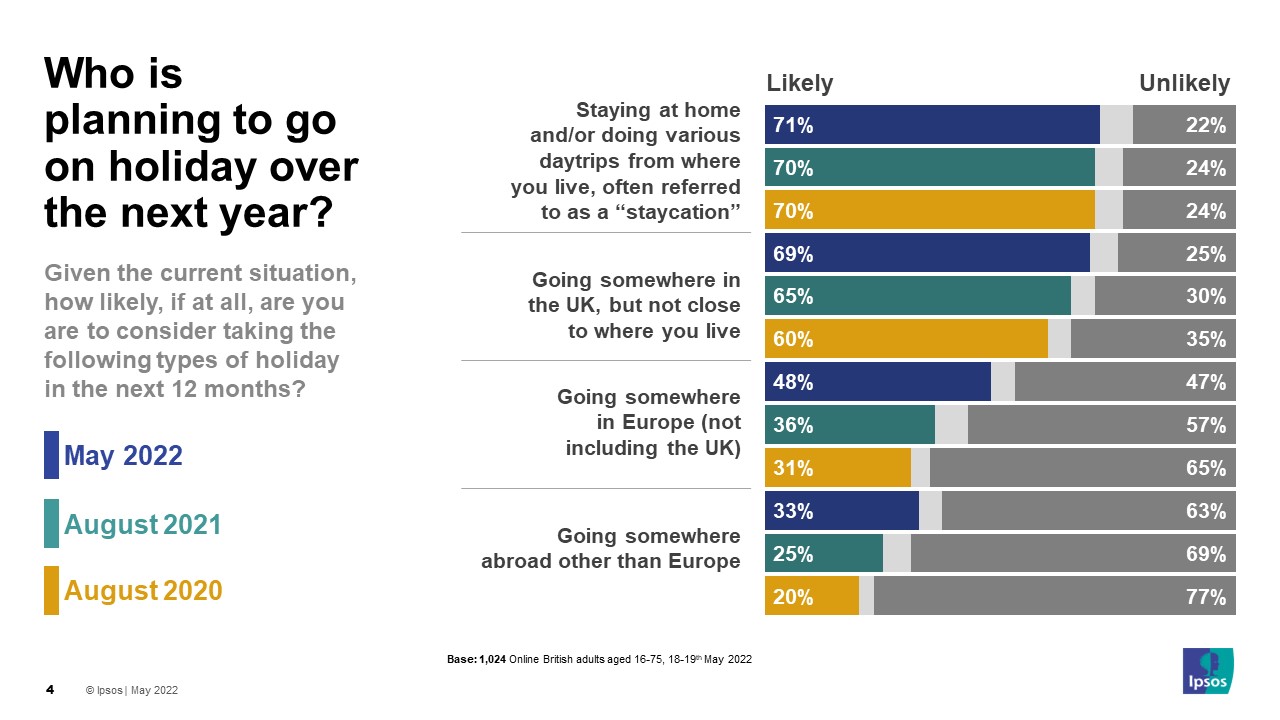 Of those who say they are unlikely to travel abroad, either within or outside of Europe, the top 6 reasons given why include:

Seven in 10 Britons (71%) say they are likely to stay at home/do various day trips from where they live in the next 12 months, otherwise known as a “staycation”, while a similar proportion are likely to go somewhere in the UK away from their home (69%).

Looking back over the year so far, 4 in 10 (39%) have gone somewhere in the UK where they stayed at least one night while a quarter have been on a “staycation” (26%). Under 1 in 5 (17%) have been on holiday to Europe while only 8% have been away to somewhere outside of Europe. Three in 10 (31%) have been on none of these types of holiday so far this year.

We know from other Ipsos research that the rising cost of living is a major concern for the British public at the moment. Therefore, it is no surprise that these concerns are putting some off foreign travel this year.

Ipsos interviewed a representative quota sample of 1,024 adults aged 16-75 in Great Britain. Interviews took place on the online Omnibus using the Ipsos.Digital platform between 18th and 19th May 2022. Data has been weighted to the known offline population proportions.