Ipsos and its partner, the Institute of Criminal Justice Studies (ICJS) at the University of Portsmouth, were commissioned by the Department for Digital, Culture, Media and Sport (DCMS) to carry out the latest Cyber Security Breaches Survey, as part of the UK Government’s National Cyber Security Programme. It follows earlier surveys in the same series carried out in 2017 and 2016.

The 2018 survey again highlights that virtually all UK organisations covered by the survey are exposed to cyber security risks, with 98% of businesses and 93% of charities relying on some form of digital communication or services, such as staff email addresses, websites, online banking and the ability for customers to shop online. Charities are exposed to further online risks, with around one in three enabling people to donate online (31%) and over one in four allowing beneficiaries to access their services online (27%).

In this context, over four in ten businesses (43%) and two in ten charities (19%) suffered a cyber breach or attack in the past 12 months.

Moreover, three-quarters of UK businesses (73%) and more than half of charities (53%) say that cyber security is a high priority for their senior management.

However, as in previous surveys in 2017 and 2016, a sizable proportion of businesses and charities still do not have basic protections or have not formalised their approaches to cyber security: 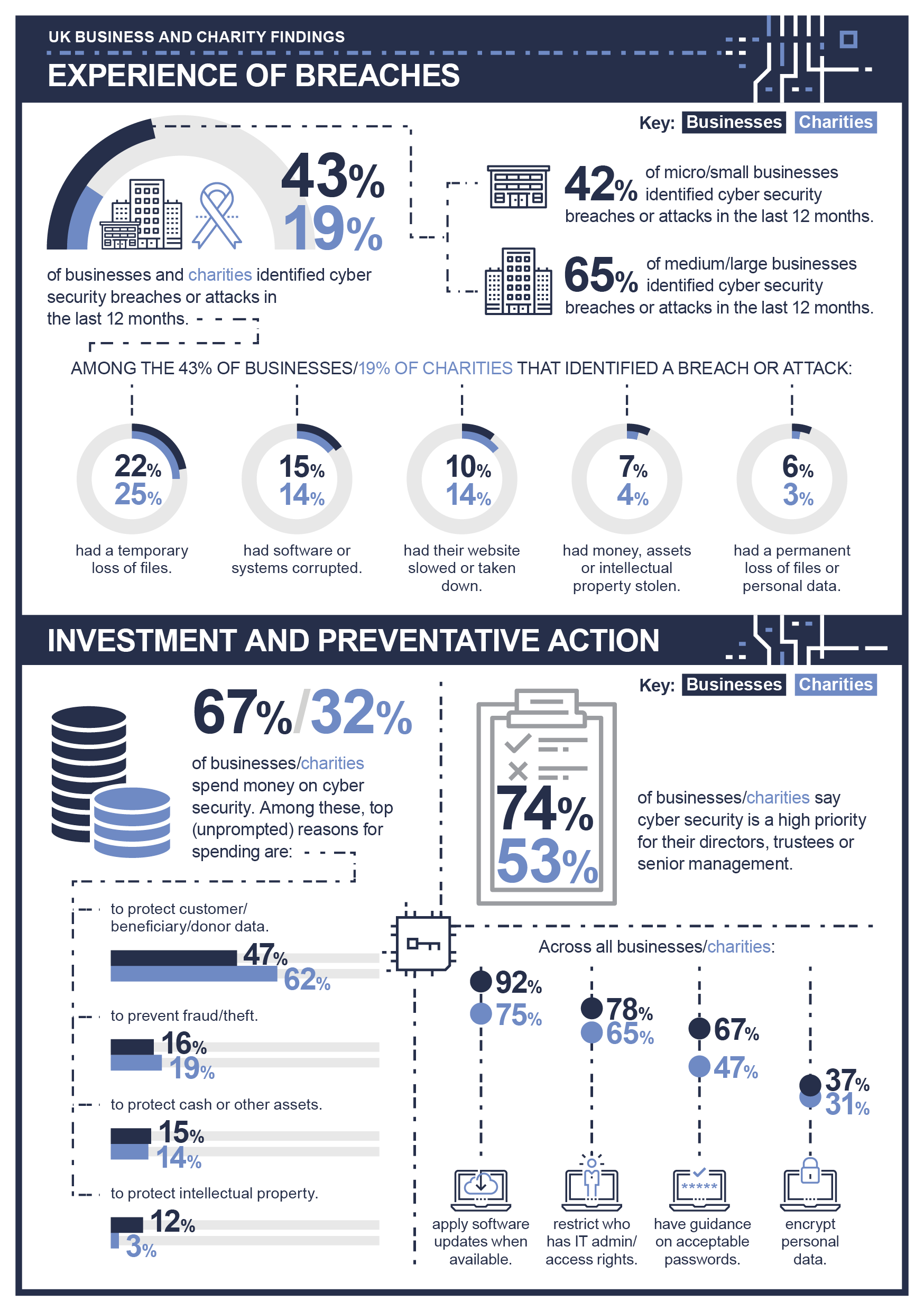 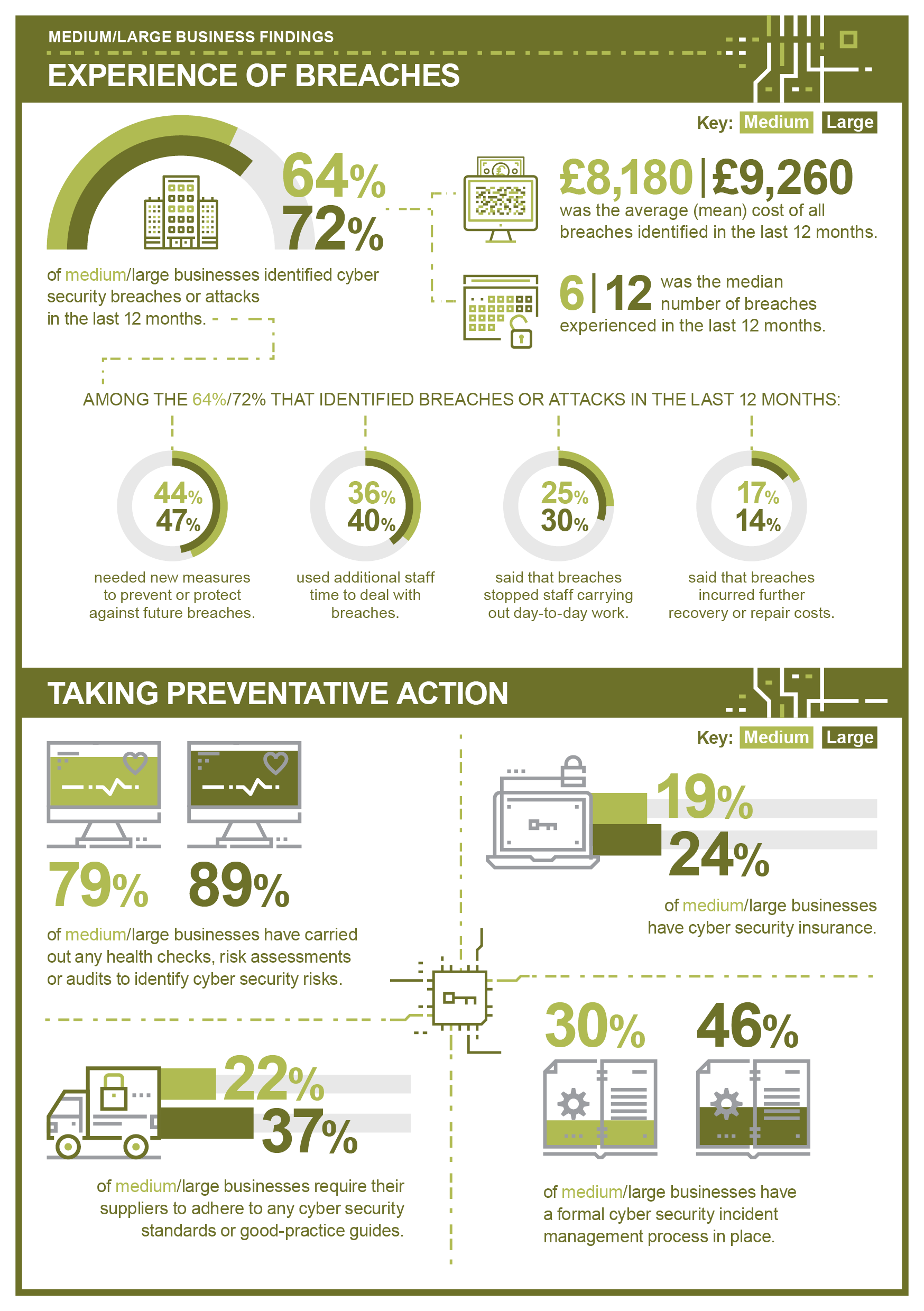 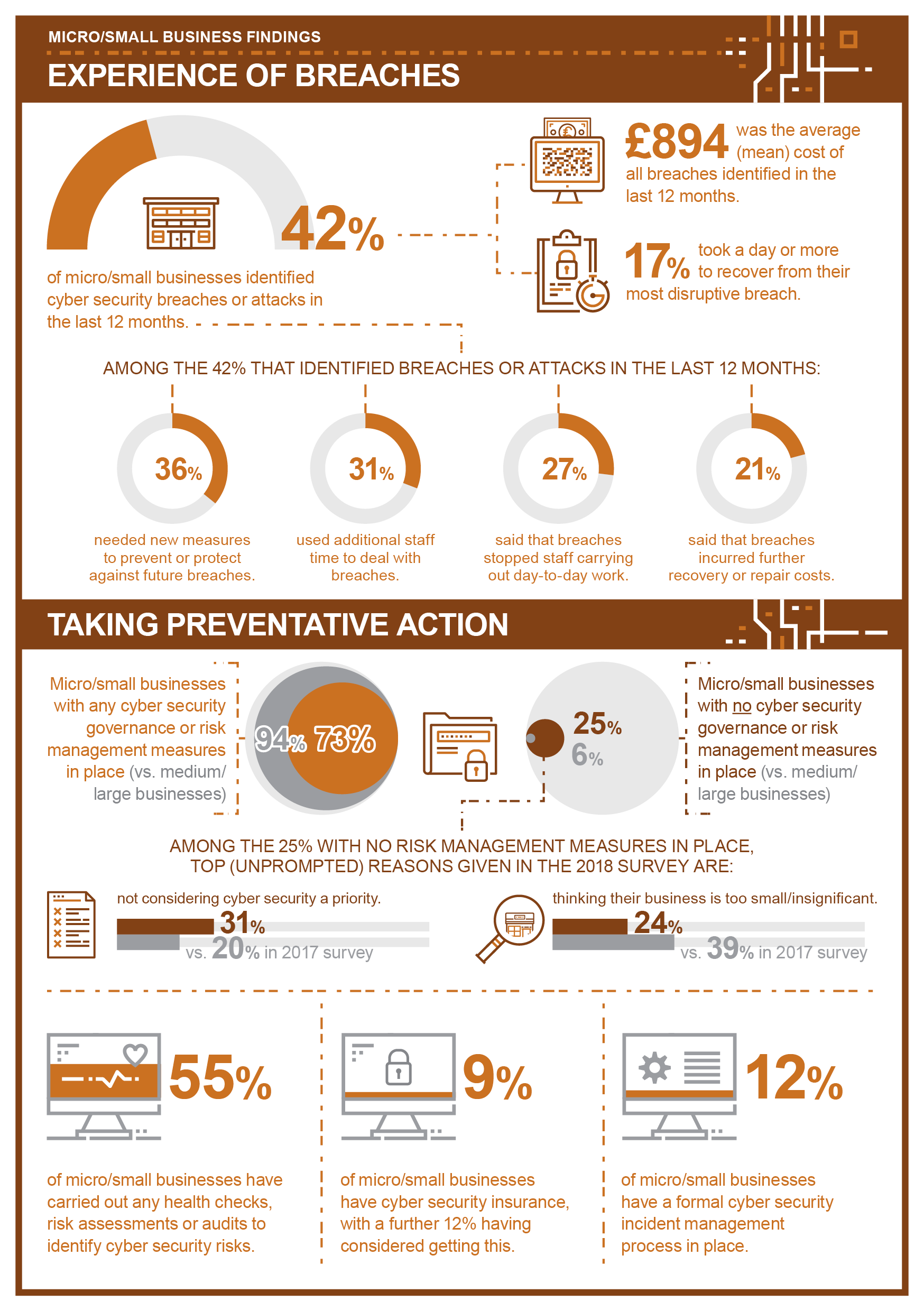 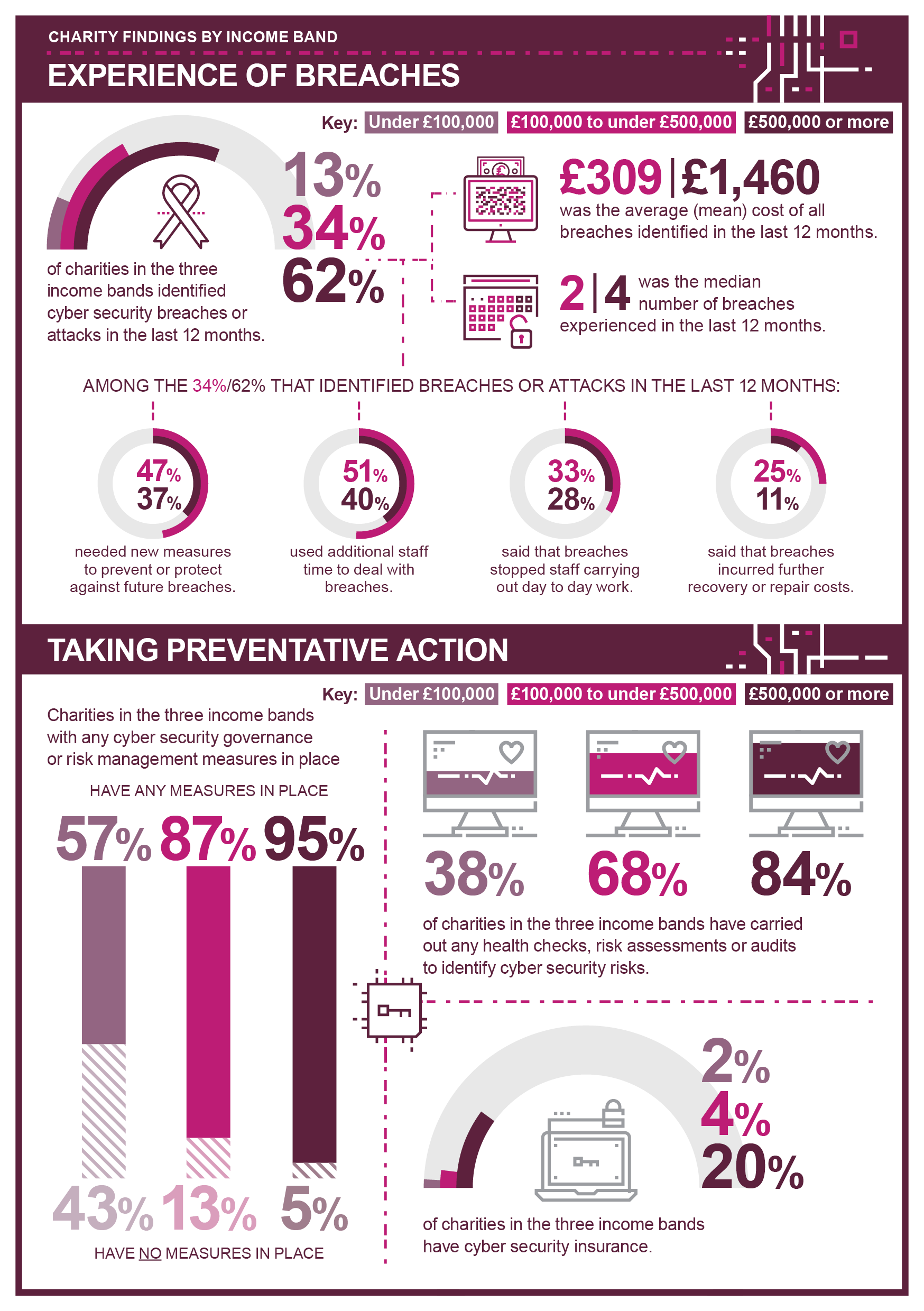