‘Young people’ is a common term used to describe those under the age of 25. Good health for young people is central to overall wellbeing, forming the foundation for good health in later life. Despite this, there is growing concern for young people’s health. For example, the Office for National Statistics have provided evidence which shows that the proportions of young people reporting symptoms of mental health issues such as anxiety and depression have been growing in recent years.

Around 37,000 people who answered the 2018 survey were aged 16 – 24. They were positive about their overall experience of their GP practice (77.3% of young patients said it was either very or fairly good) but less so than older patients aged 25+ (84.5% said good). In fact, young patients were generally less positive across a range of different areas related to their experience at their GP practice compared with older patients.

There is growing awareness of the interrelationship between mental health and isolation (for example, Public Health England report that social isolation increases the risk of depression, and that depression in turn increases the risk of social isolation). It is therefore perhaps not surprising that young patients were also almost twice as likely to feel isolated from others, compared with older patients (11.0% compared with 6.1%).

Meeting the communication needs of young people is an important aspect of care. The majority of young patients did feel that the healthcare professional they last saw or spoke to was good at listening to them (85.2%), but they were still less positive than older patients (89.2%). 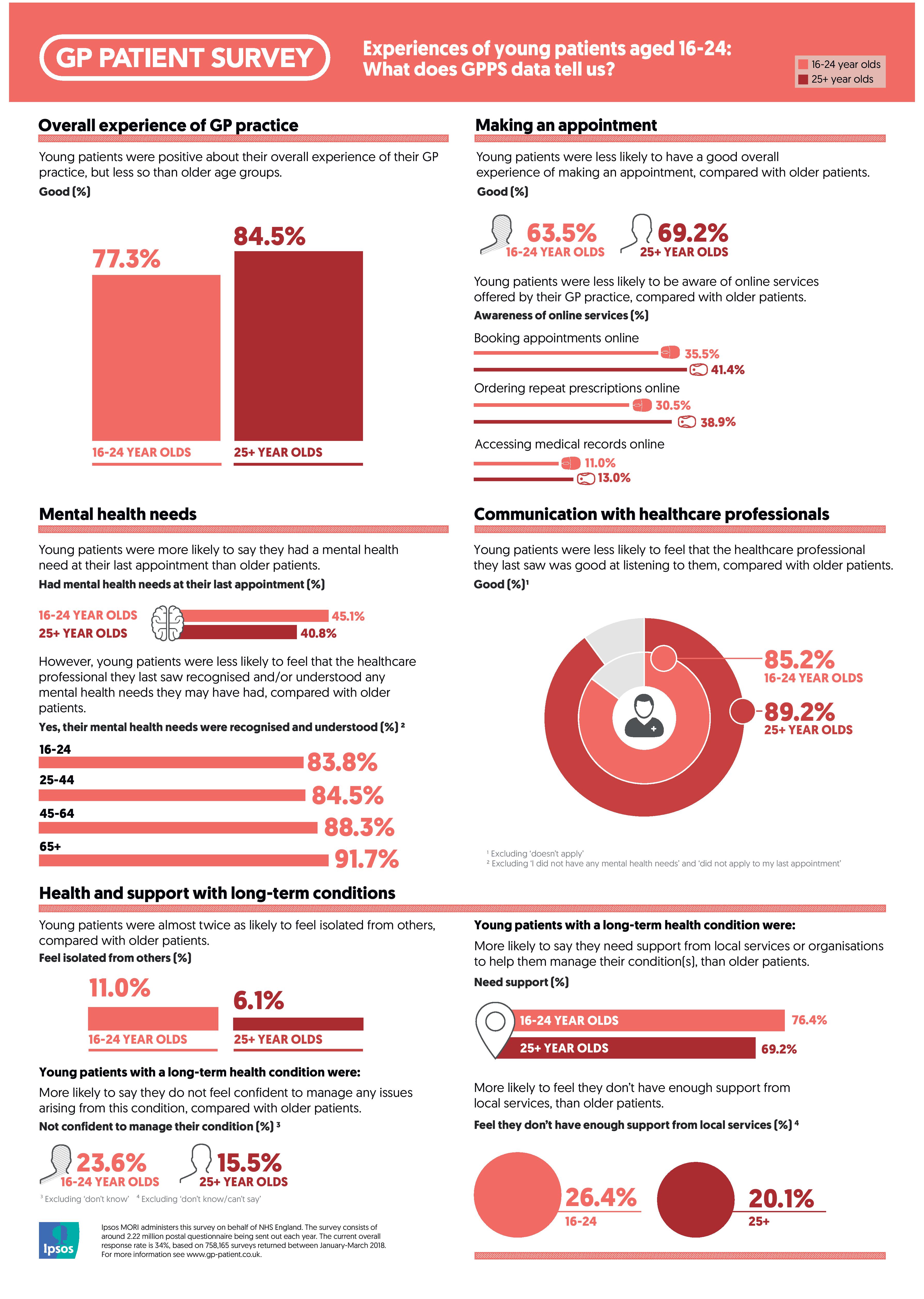 GPPS provides a rich source of information on patient experiences of their GP practice. You can access and analyse the results by going to https://www.gp-patient.co.uk/ or email the team.

Ipsos administers GPPS on behalf of NHS England. Approximately 2.2 million questionnaires were sent out nationally, and 758,165 were returned completed between January and March 2018. This represents a response rate of 34%. Data is weighted to match the profile of the population. Read further technical information about how the survey works here.