The March 2022 Ipsos Issues Index reveals a jump in public concern about defence and foreign affairs, following the Russian invasion of Ukraine.

Thirty-five per cent mention defence-related issues as a big issue for Britain, an increase of 26 percentage points since last month. It is the highest level of concern on this issue since the terror attack on the Bataclan theatre in Paris in December 2015 and comes after a period of very low concern: in December 2021 just two per cent saw foreign affairs and defence as an issue. Similarly, seven per cent say the threat of nuclear war is a major issue for Britain.

Almost two years on from the outbreak of the COVID-19 pandemic concern about coronavirus continues to fall. Sixteen per cent mention it as an issue this month, down seven points since February – and almost fifty points lower than the 62% score recorded at the height of the omicron wave in December 2021.

Concern about Brexit continues to decline too. One in ten Britons mention Europe as an issue this month (10%) which is a new lowest score in the post-referendum period: the last time concern was this low was December 2015.

One in five Britons mention either the economy or inflation as big issues for Britain this month, similar levels of concern to those recorded last month. 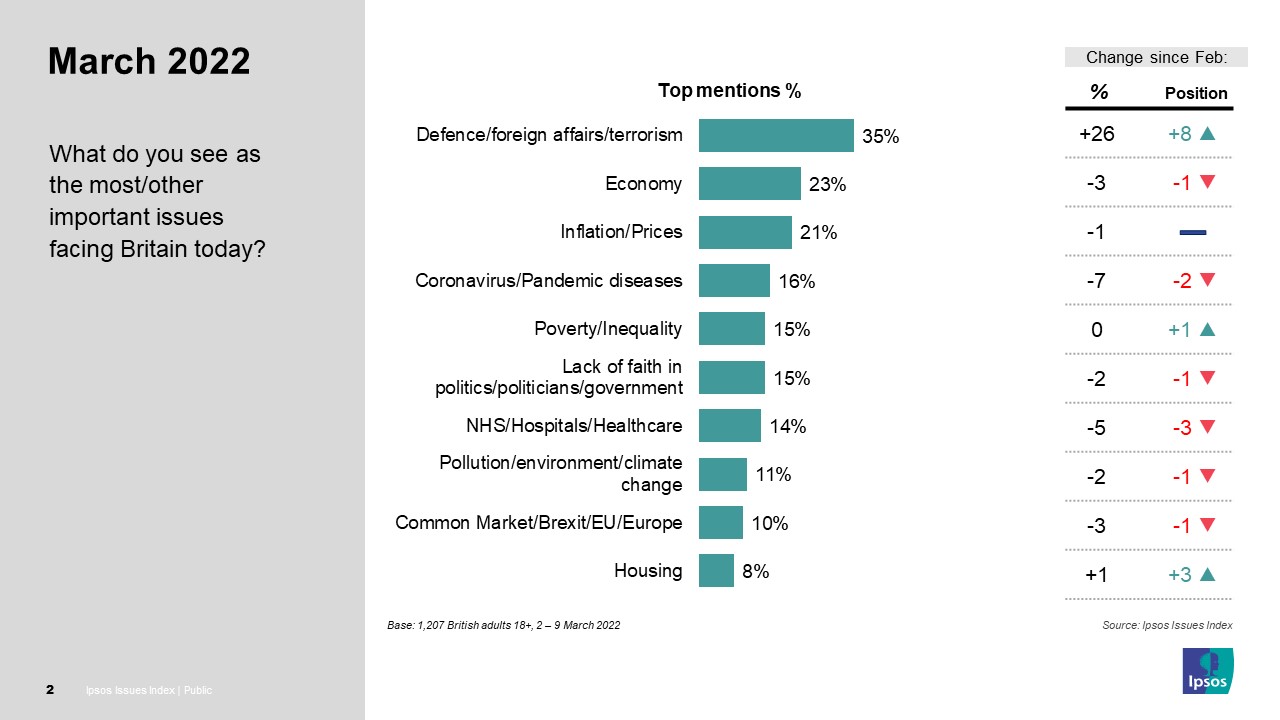 Concern about defence and foreign affairs has risen strongly among all Britons compared with last month but there are some gradients of concern: 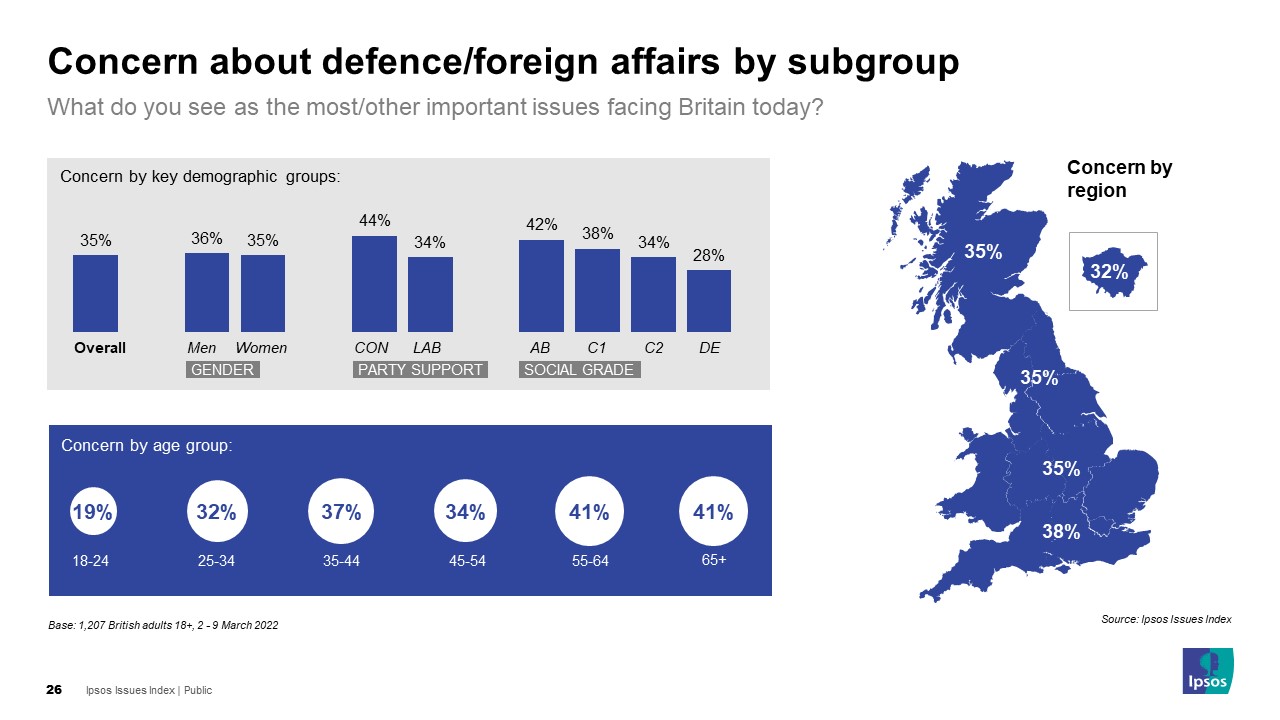 Following the Russian invasion of Ukraine, concern about foreign affairs and defence has surged to the top of Britons’ big issues. It is ahead of economic and inflationary concerns which are the second-biggest concerns this month.
Public concern about COVID-19 continues to fall: it is now the fourth largest issue for the country. Since the Omicron wave in December 2021 the proportion who see the pandemic as a worry has dropped by almost fifty percentage points.

Ipsos' Issues Index is conducted monthly and provides an overview of the key issues concerning the country. Ipsos interviewed a representative sample of 1,207 adults aged 18+ across Great Britain. The answers are spontaneous responses, and participants are not prompted with any answers.

Ipsos’ telephone omnibus was used for this survey. Interviews were conducted between 2 and 9 March 2022 across Great Britain. Data are weighted to match the profile of the population.