The Department for Digital, Culture, Media & Sport and Step Up To Serve commissioned Ipsos to run the 2017 wave of the National Youth Social Action Survey. The study has been running alongside the #iwill campaign. This campaign, launched in 2013, aims to close the socioeconomic gap in social action participation amongst 10 to 20 year olds whilst increasing overall participation from 40% to 60% by 2020. For the purposes of the campaign, social action is defined as ‘practical action in the service of others to create positive change’ and covers a wide range of activities that help other people or the environment, such as fundraising, campaigning, tutoring/mentoring and giving time to charity. 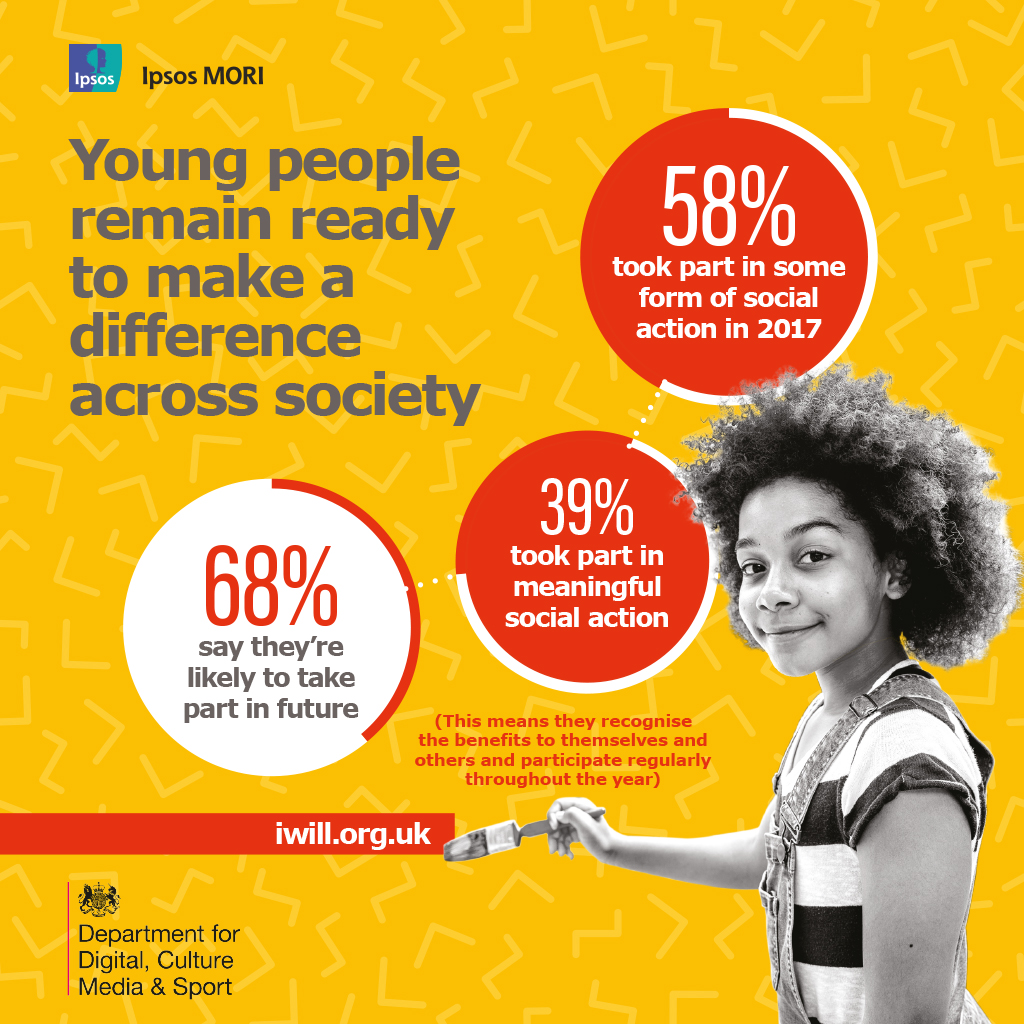 This research has run annually since 2014, and the intention is for it to continue to capture estimates of the proportion of the UK’s 10-20 year olds participating in social action until 2020. The same methodology has been used throughout to allow comparisons over time. Ipsos surveyed 2,030 10-20 year olds in their homes from 1 -15 September 2017. Data are weighted by age within gender, region and the family socio-economic status to reflect the known profile of the UK population.