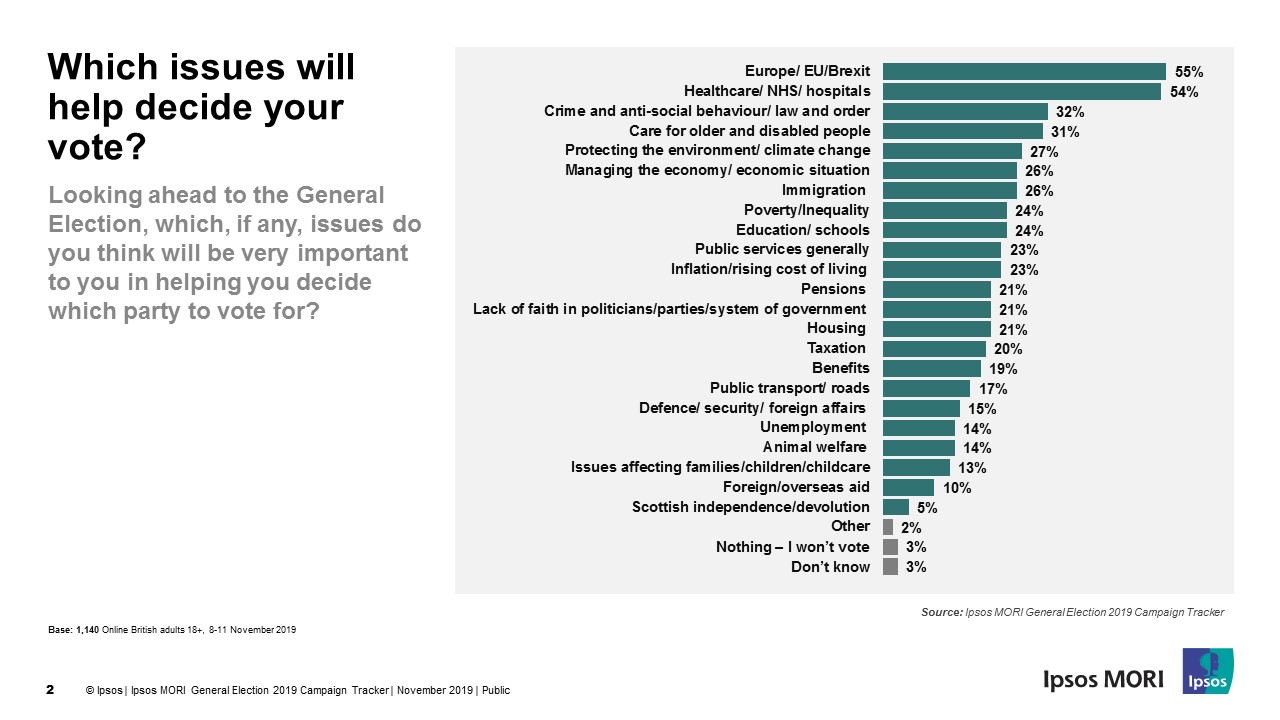 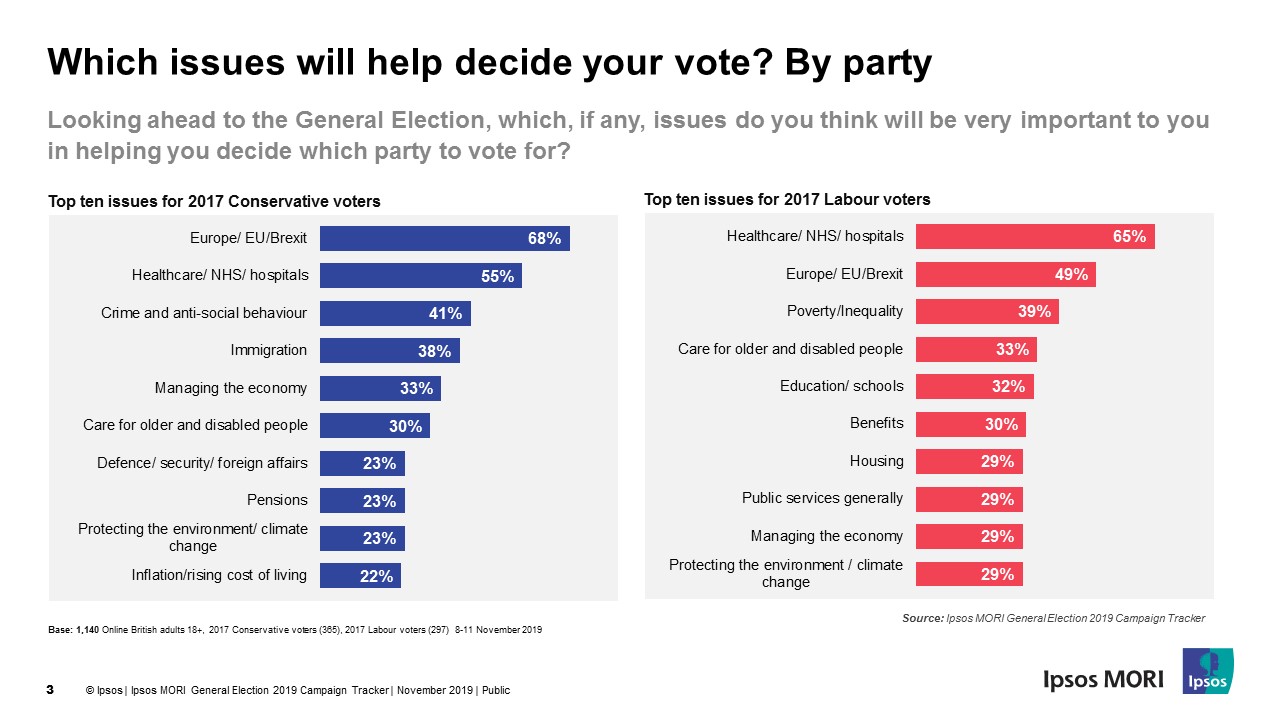 Favourability to parties and their leaders 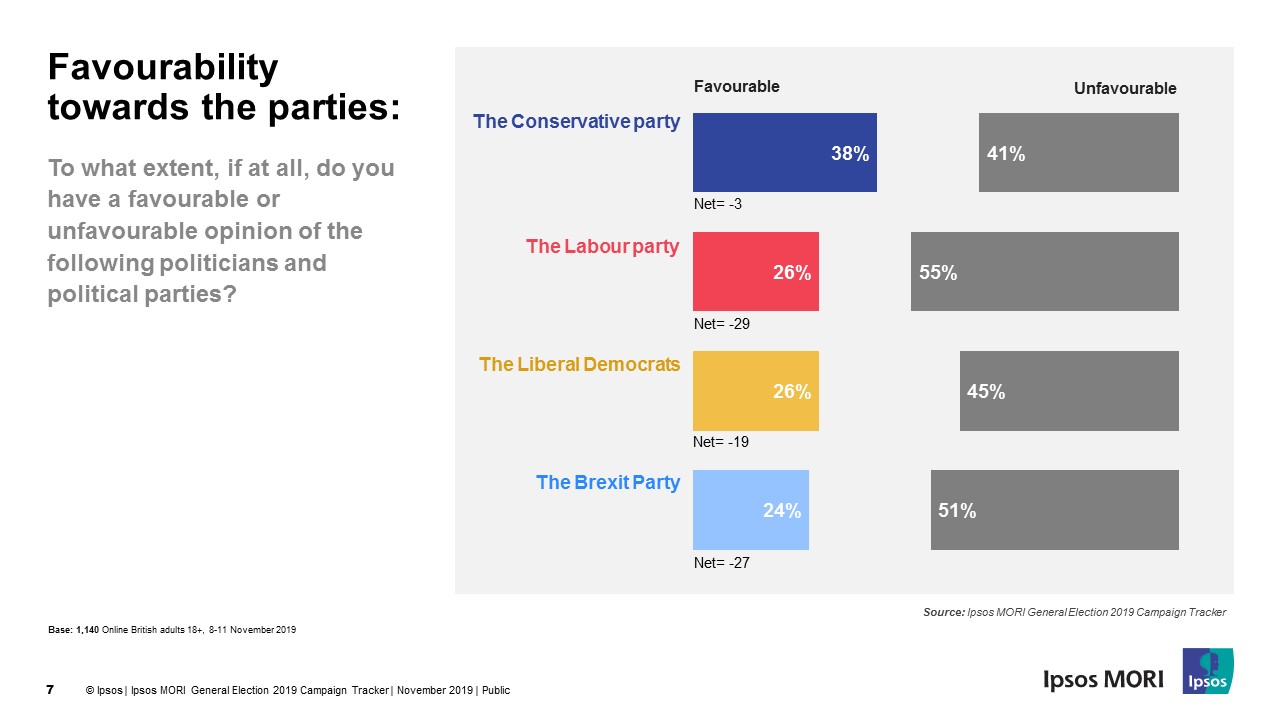 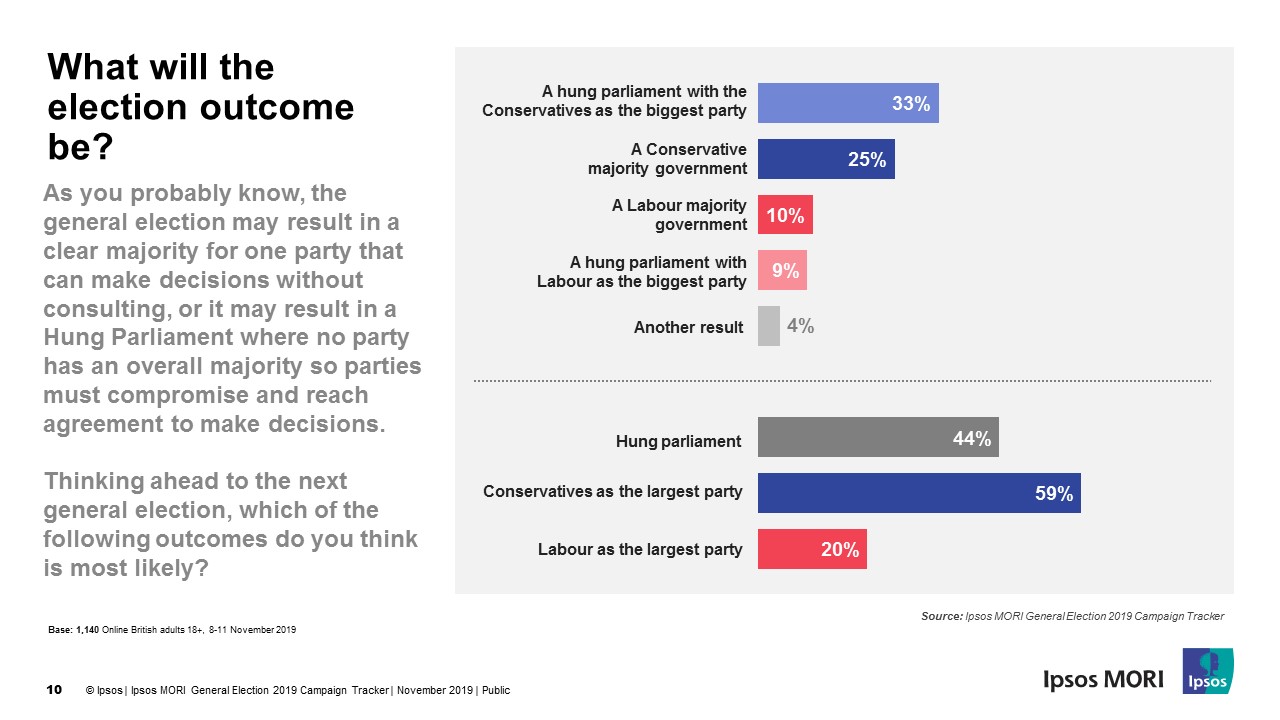 The Conservatives enter the campaign in a good position, ahead in voting intention polls and leading on favourability and having a ‘good campaign’ so far. Meanwhile, a majority of the public expect them to emerge from the election as the largest party – either as a majority government or in a hung parliament. However, there are still several weeks to go in a campaign likely to be dominated by Brexit and the NHS, at least in the short term, so things can change. For Labour, it will be a concern that Remain voters feel more favourable towards the Liberal Democrats than Labour, although there are some signs in voting intention polling that the Lib Dem vote share is already starting to be squeezed by Labour regardless.

Ipsos interviewed a representative sample of 1,140 British adults. Interviews were conducted online: 8th – 11th November 2019.  Data are weighted to match the profile of the population. All polls are subject to a wide range of potential sources of error.

¹Note – 25% expecting Conservative majority and 33% expecting them to be the largest party in a hung parliament sum to 59% due to rounding.

²Note – 10% expecting a Labour majority and 9% expecting Labour to be the largest party in a hung parliament sum to 20% due to rounding.