A majority of Britons do not think that the American President Donald Trump should be invited to the Royal Wedding between Prince Harry and Meghan Markle, according to the latest Ipsos Political Monitor. The new poll shows that 69% of the public believe that he should not be invited – 23% think he should. Opposition to the invitation is higher amongst younger people (79% of 18-34s compared with 59% of those aged 55+).  Women are also more likely to oppose (78%) than men (58%), as are Labour voters (80%) than Conservative voters (63%).

Support for an invitation for Mr Trump is higher if former American President Barack Obama is invited. If the former President is invited two in four (39%) think Mr Trump should be invited – but a majority (54%) still think he should not be invited.  (The two questions were each asked of half the sample.) 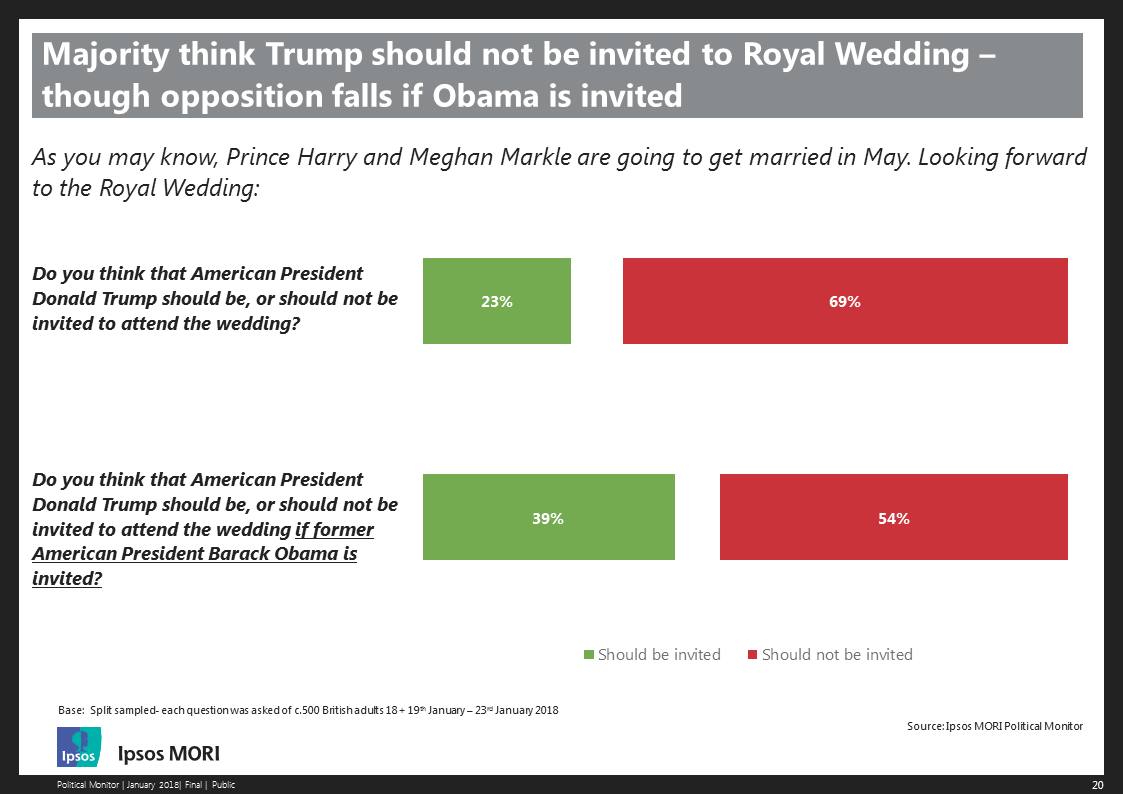 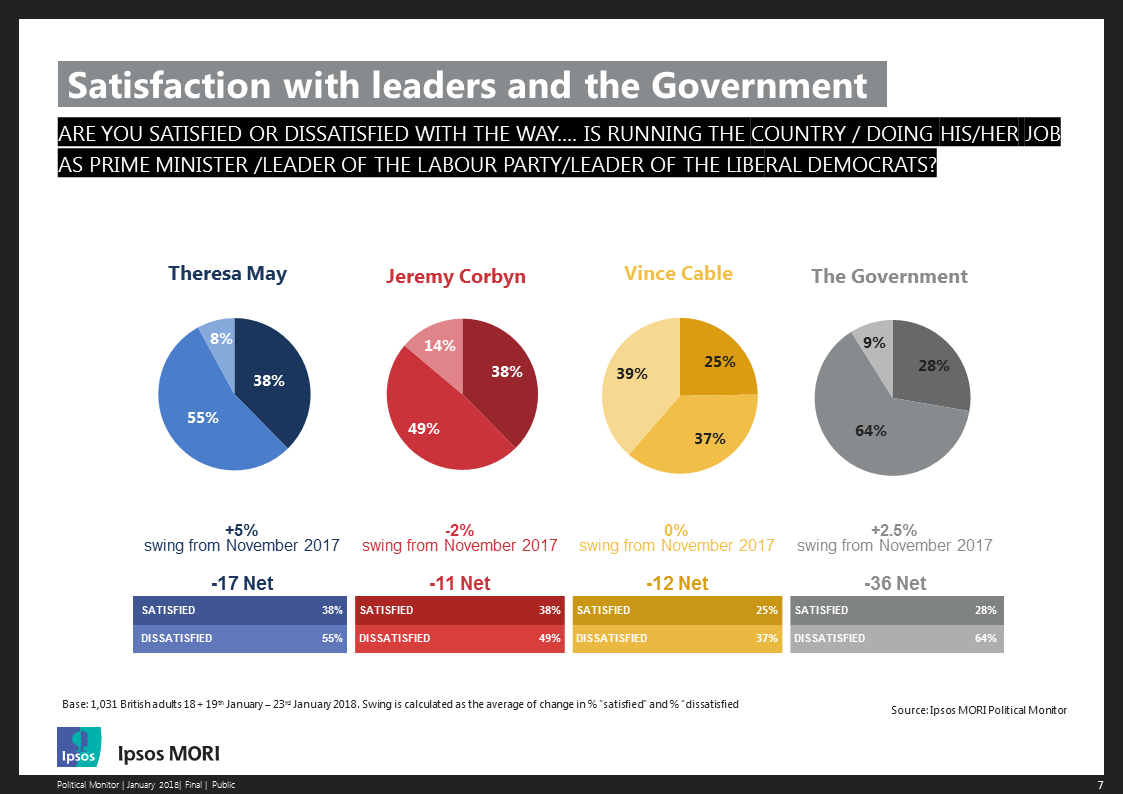 Half the public (52%) believe the economy will get worse in the next year, while one in five (20%) think it will improve – leaving an Ipsos Economic Optimism Index (EOI) score of -32.  This is an improvement from November 2017 when it was at -43, but the public go into 2018 more pessimistic than they were at the beginning of last year when the EOI stood at -20.  Young people are most pessimistic – 64% of those aged 18-34 think the economy will get worse.
Our ongoing voting intention figures continue to show a stable pattern.  These show Labour at 42% (+3 points), Conservatives at 39% (+2 points), and the Liberal Democrats at 9% (nc).
Gideon Skinner, Head of Political Research at Ipsos, said:

Britons haven’t felt very positive towards President Trump since he was elected, and these latest figures suggest they still aren’t warming to him – especially women.  However, if Barack Obama is invited too, people become less opposed to an invite to Donald Trump (but still a majority are against).

Ipsos interviewed a representative sample of 1,031 adults aged 18+ across Great Britain. Interviews were conducted by telephone 19th January – 23rd January 2018.  Data are weighted to the profile of the population.