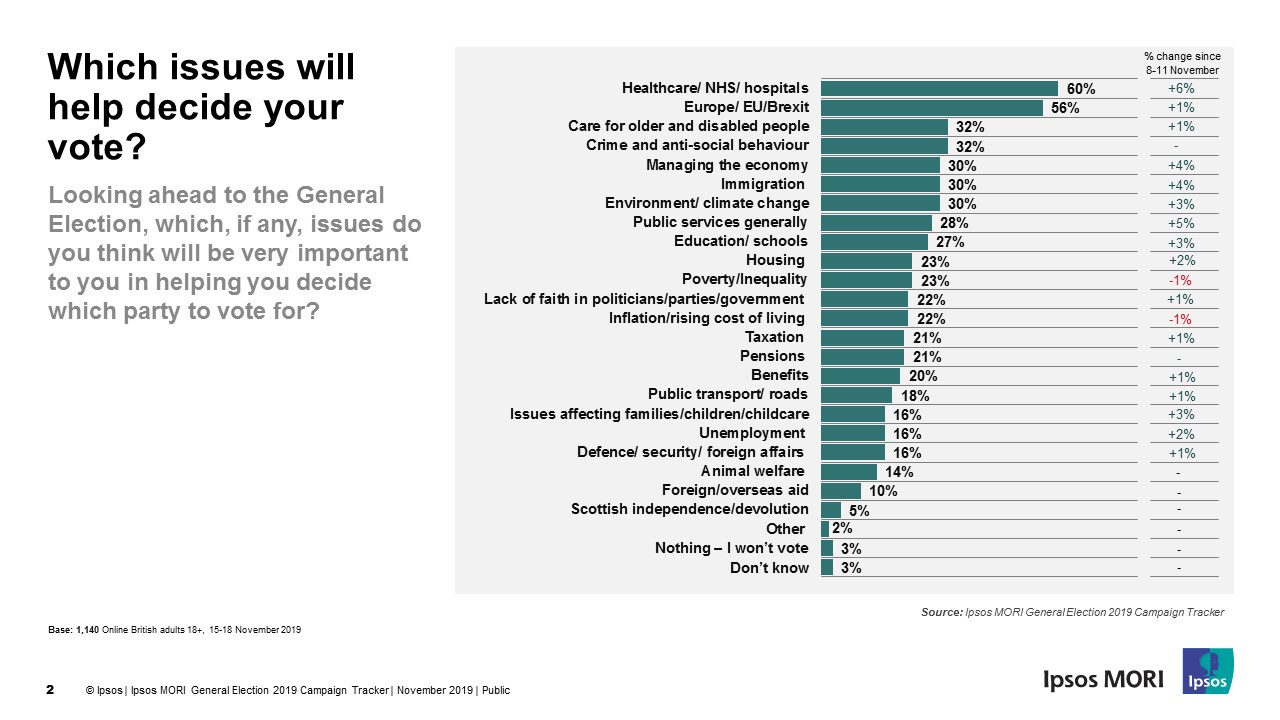 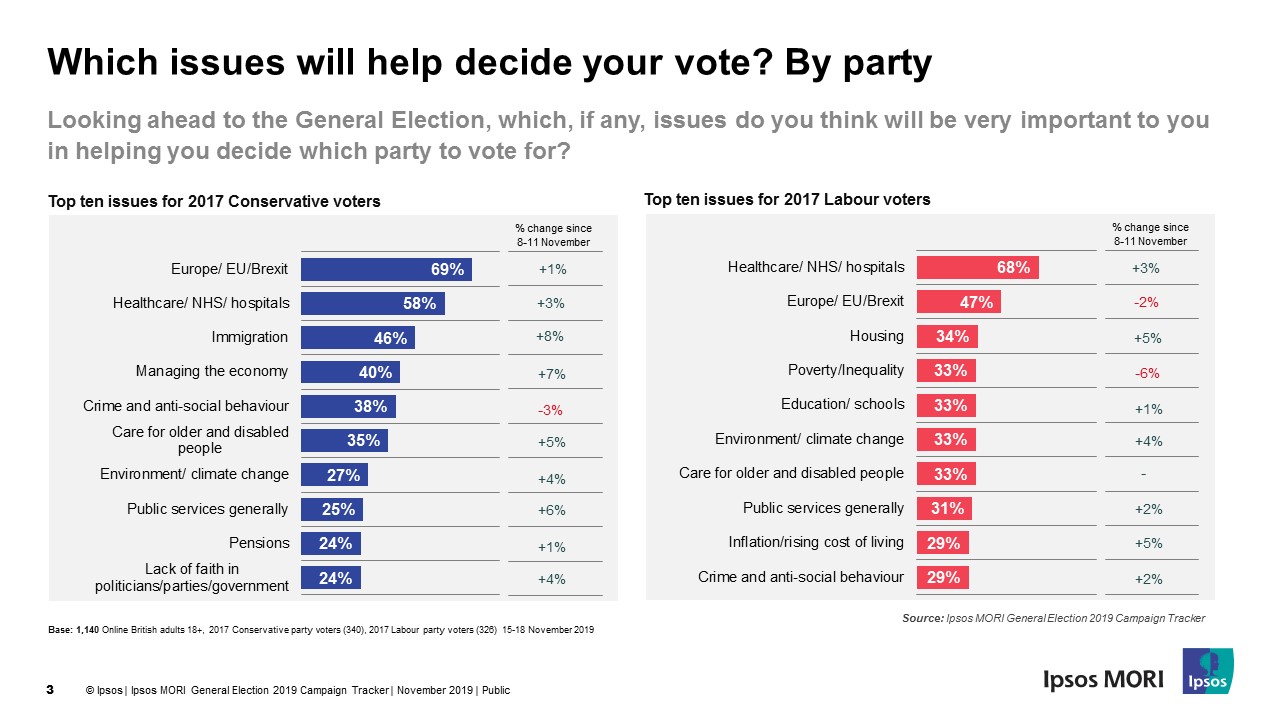 Favourability towards parties and their leaders 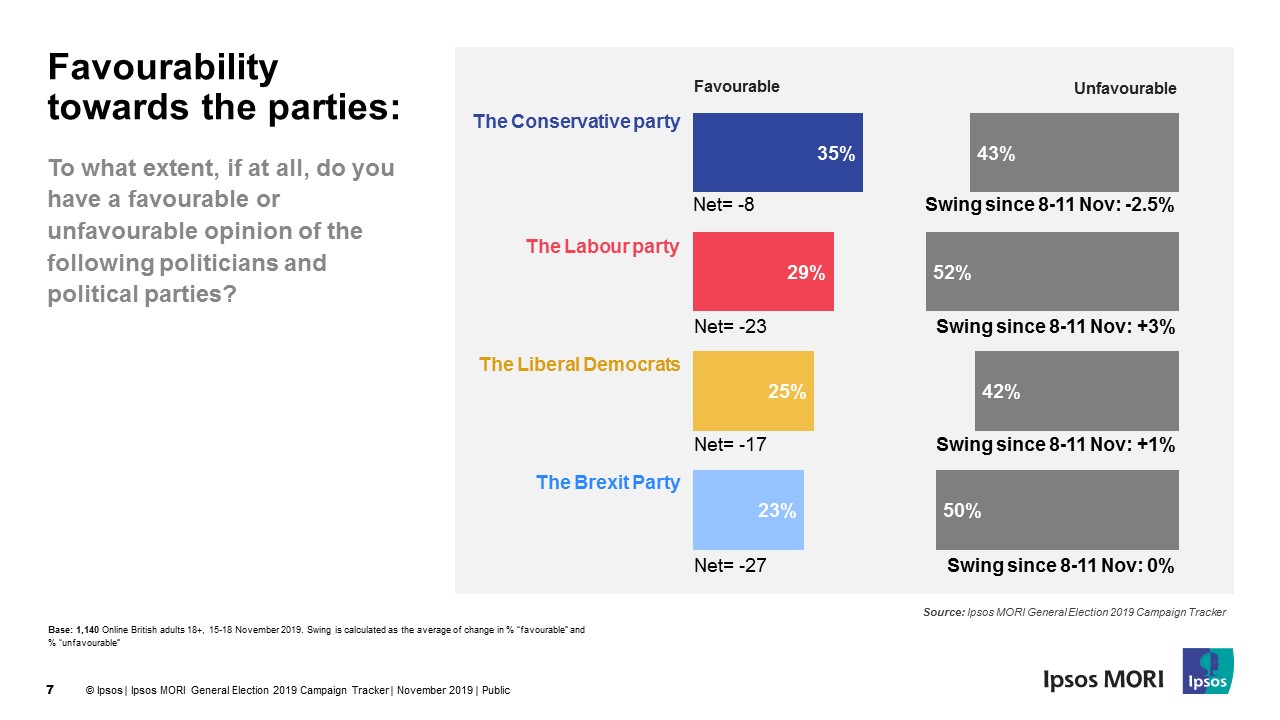 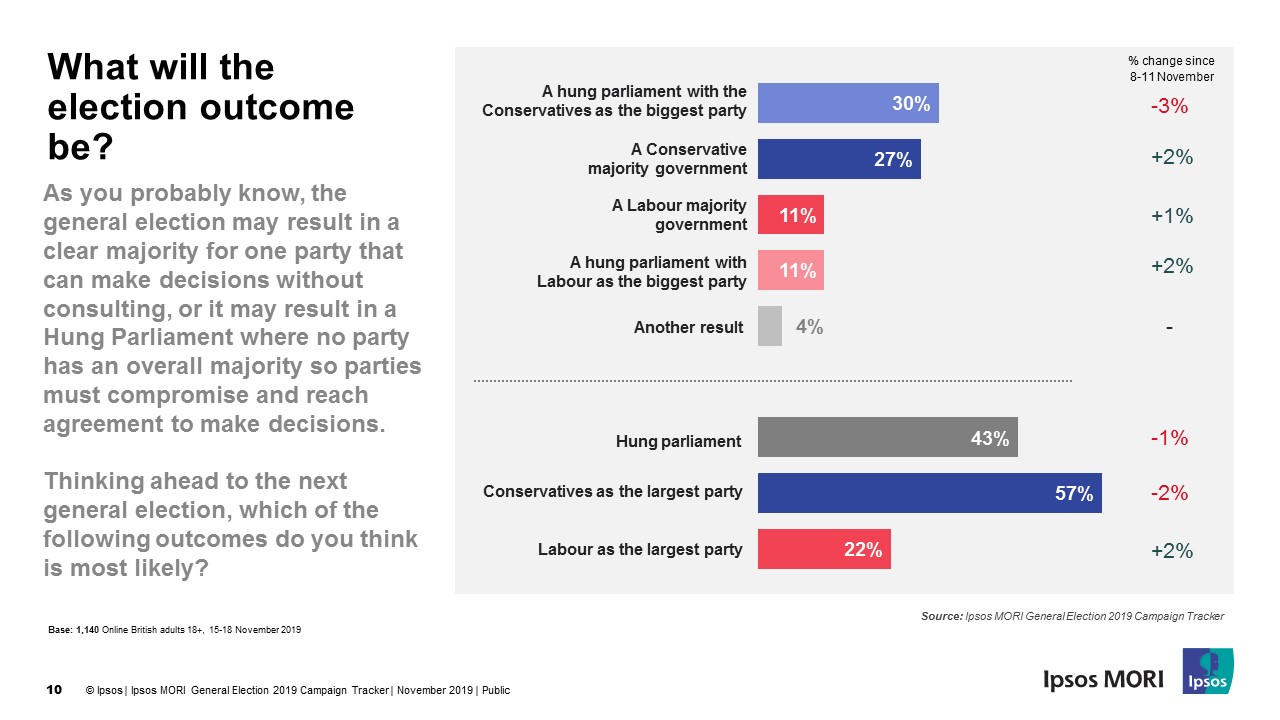 Our campaign tracker shows that nothing has fundamentally changed in the second week of the campaign in terms of public opinion. There are some signs of Labour improving slightly, reflected in voting intention polls too, but they are still a long way off where they need to be to stop the Conservatives returning to office after the election. That being said, with three weeks to go, there is still time for Labour to turn things round following the upcoming manifesto launches and series of leaders’ debates.

Ipsos interviewed a representative sample of 1,140 British adults. Interviews were conducted online: 15th – 18th November 2019.  Data are weighted to match the profile of the population. All polls are subject to a wide range of potential sources of error.