The British public are positive about the contribution and value of social housing according to an Ipsos poll for #HousingDay 2014.

Ipsos found that 82% of those not renting from a social landlord agree social housing is important because it helps people on lower incomes get access to housing which wouldn’t be affordable in the private rented sector. And by five to one, the public agree rather than disagree that social housing plays an important role in tackling poverty in Britain.

Over half of owner-occupiers and private renters support more social housing being built in their local area, and this despite a gap in perceptions that sees the British public significantly over-estimate the size of the social renting sector across the country. 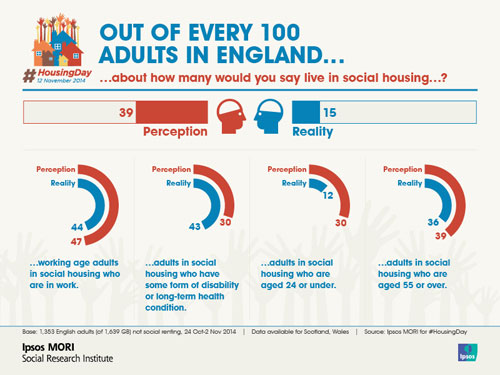 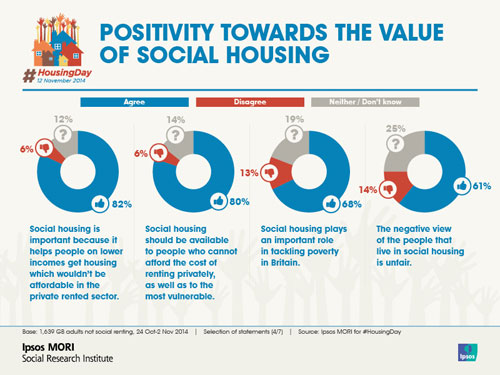 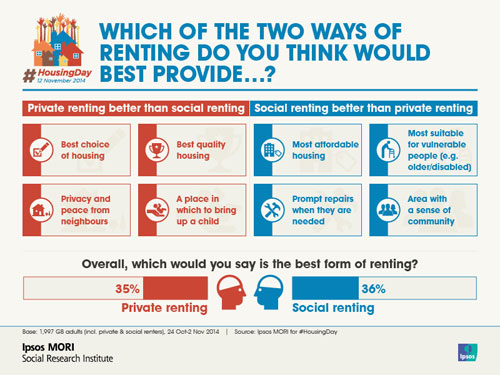