As free COVID-19 tests for most people in England end on 1st April, and with plans to end them later in the other nations, new Ipsos polling shows over half of Britons oppose the decision to end free provision of tests.  Fifty-six percent disagree with this choice while only a quarter (25%) support it. Opposition is particularly high among older people (63% of 55-75 year olds) and those concerned about the risk the coronavirus poses to them (66%). 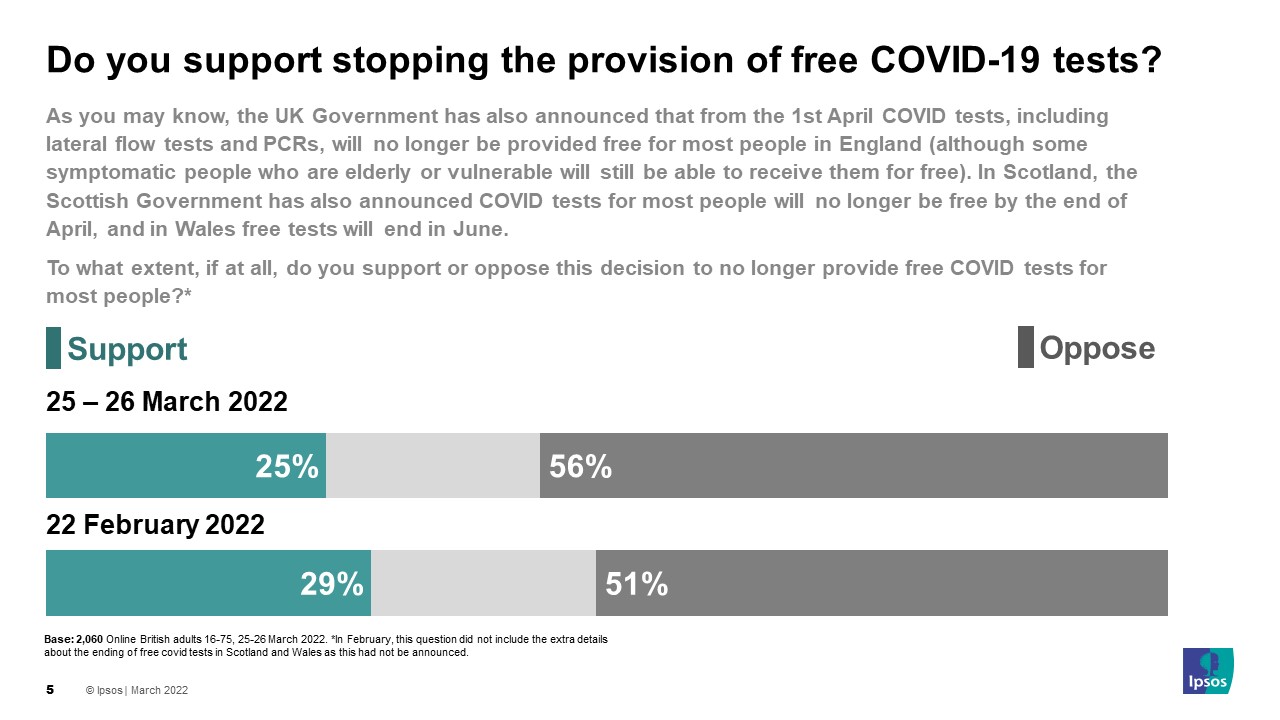 Who will pay for tests? 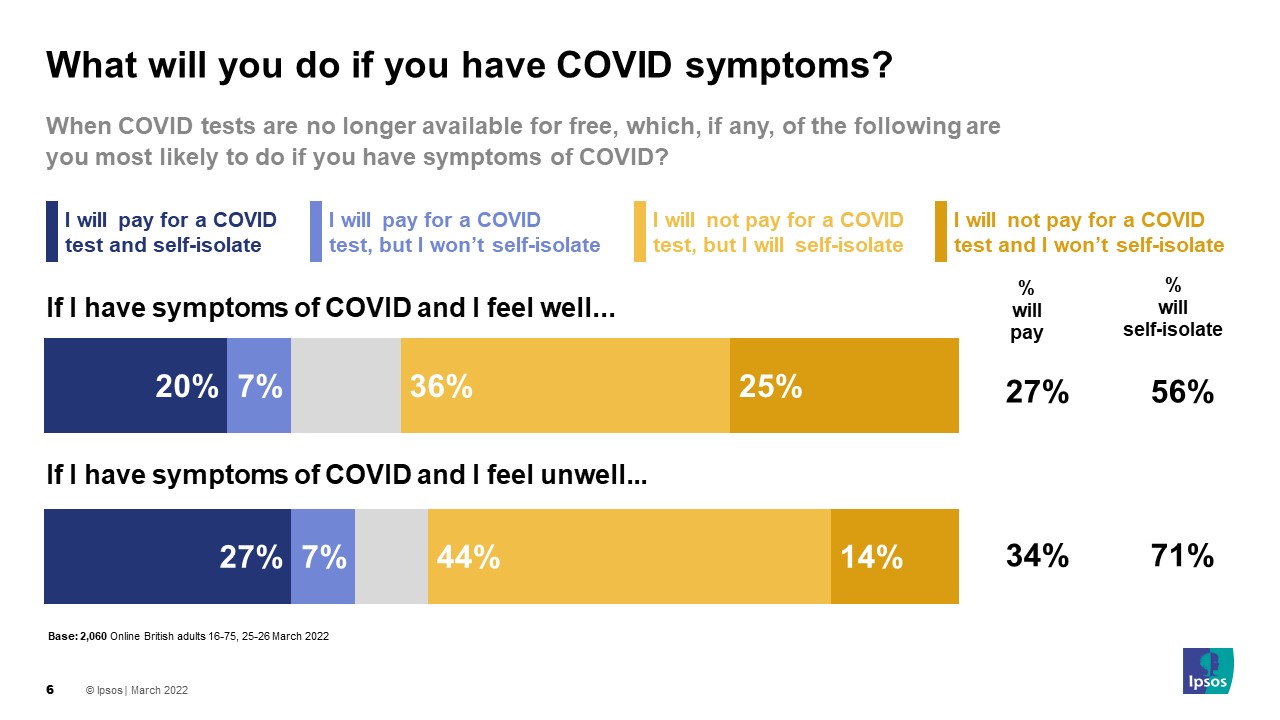 While Britons are sceptical about paying for tests, they do appear more willing to self-isolate when they experience COVID-19 symptoms. Over half (56%) say they would self-isolate if they had symptoms but felt well, including 36% who say they will not pay for a test but still isolate if they had symptoms.  However, a third (32%) would be unlikely to isolate. If they felt unwell alongside their coronavirus symptoms 71% say they are likely to isolate, including 44% who would isolate but not pay for a test. In this scenario one in five (20%) say they would be unlikely to isolate.

Despite the relaxation of restrictions, many are still worried about the coronavirus. Six in 10 Britons (59%) are now concerned about the risk COVID-19 poses to themselves while 40% are not. Considering the country as a whole, 7 in 10 are concerned (71%) about the risks while 28% say they are not worried.  These are both similar to the figures last month.

The end of free testing will be a significant transition for the public, and after two years of living under COVID restrictions it will be interesting to see how people respond to the uncertainty of not testing for the virus if they have symptoms. Although people have the option to pay for tests, the majority of people say they are unlikely to do so, even if they feel unwell.  It is more encouraging that most people still say they would isolate even if they don’t get the test, but that still means a notable minority are unlikely to do so – especially if they still feel well, and particularly among young people.  It will be important to see how this plays out in workplaces across the country in the coming weeks.

Technical Note
Ipsos interviewed a representative sample of 2,060 British adults aged 16-75 online between 25th and 26th March 2022 using the Ipsos Digital Omnibus. Data are weighted to match the profile of the population. All polls are subject to a wide range of potential sources of error.