In January 2014, Ipsos was commissioned by NPC to conduct a short survey looking into the public’s views on the state of the charity sector. 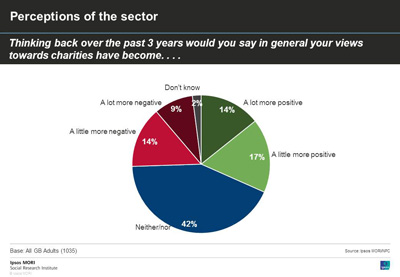 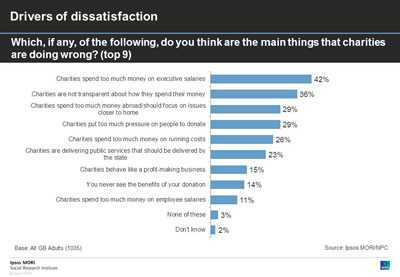 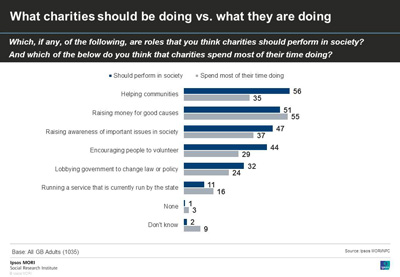 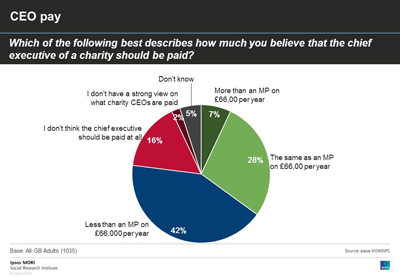 On the question of impact, we recorded a broadly even split of opinion, with 48% who pay attention to evidence of it when donating, and 50% who do not. Likelihood of doing so increases with affluence, from 38% of DEs to 56% of ABs. 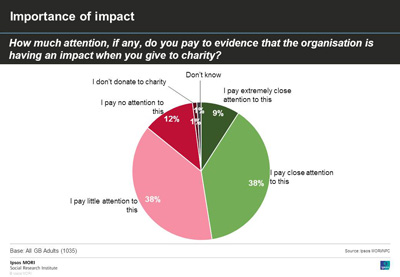 Ipsos interviewed a representative sample of 1035 adults aged 18 and above across Great Britain. Interviews were conducted by telephone 11-14 January 2014. Data are weighted to match the profile of the population.

Where percentages do not sum to 100 this may be due to computer rounding, the exclusion of ‘don’t know; categories, or multiple answers. An asterisk (*) denotes any value of less than half a per cent.

Data is based on all adults.