Inflation and cost of living 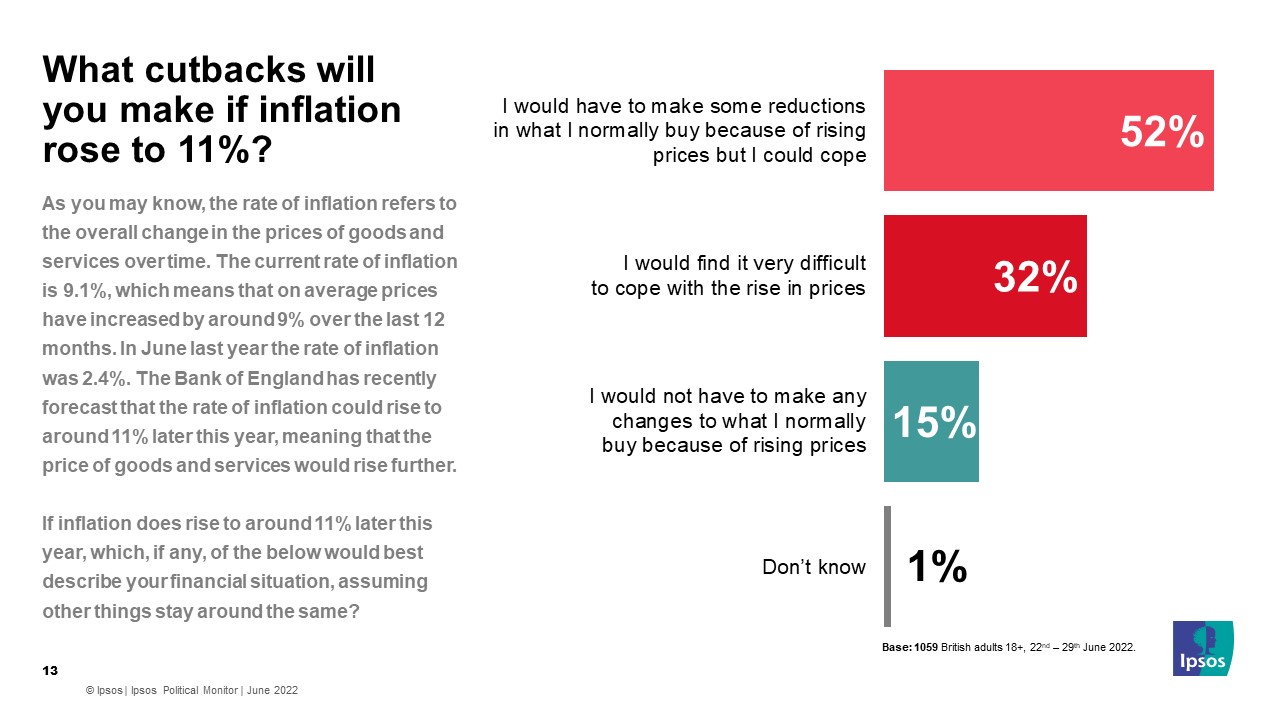 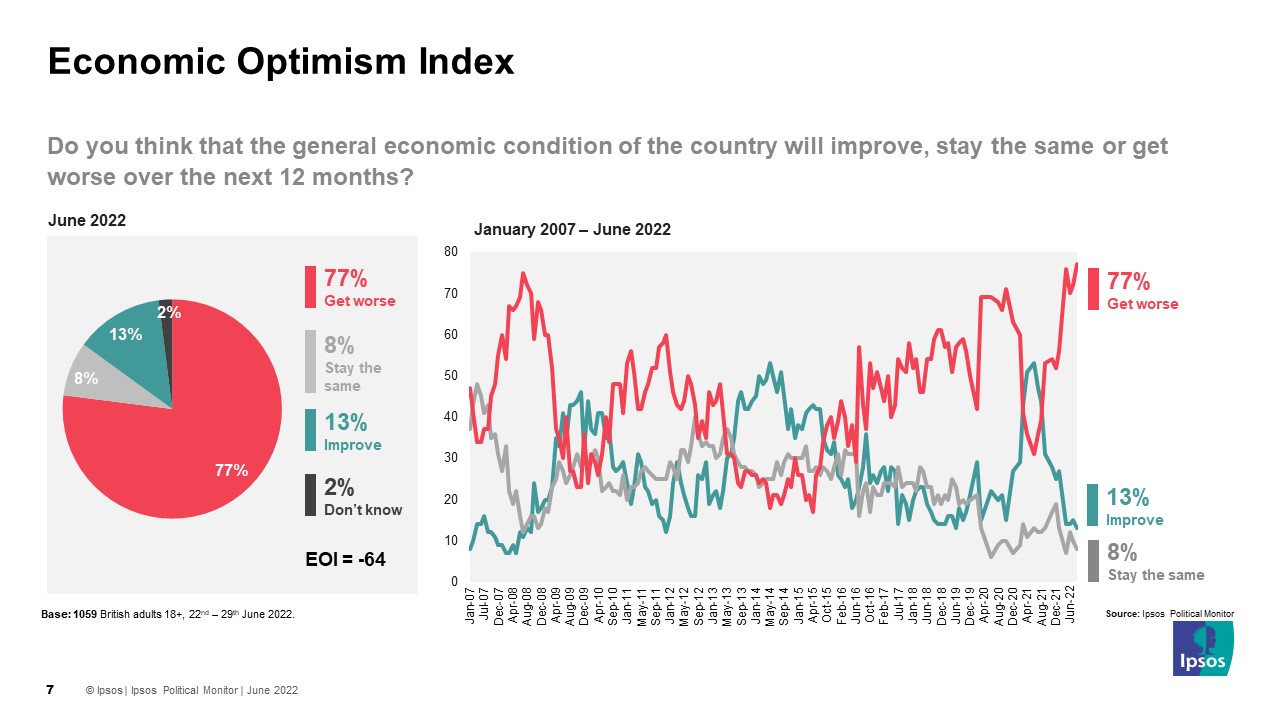 Most trusted party on key issues 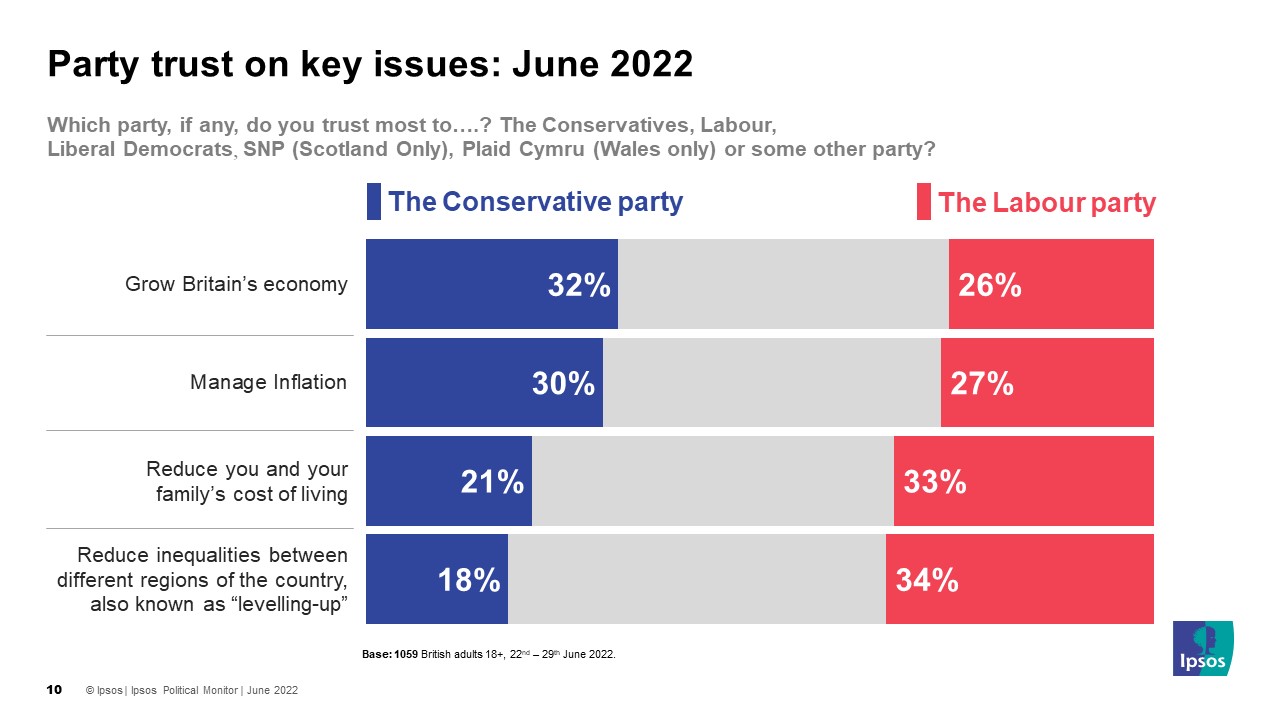 Britons tell us that the cost of living is the most important issue facing the country, with concern at the highest levels Ipsos has seen in our trends for 40 years, and with many worried about how they will cope if inflation rises as forecast to 11%, we can expect public anxiety to continue. Given this it is also a key political battleground, with the Conservatives most trusted on growing the economy, Labour to reduce the cost of living, and who is best to manage inflation still an open question. The party who can best set the agenda on this issue could make real headway.

Ipsos interviewed a representative sample of 1,059 adults aged 18+ across Great Britain. Interviews were conducted by telephone: 22nd to 29th June 2022. Data are weighted to match the profile of the population. All polls are subject to a wide range of potential sources of error. On the basis of the historical record of the polls at recent general elections, there is a 9 in 10 chance that the true value of a party’s support lies within 4 points of the estimates provided by this poll, and a 2 in 3 chance that they lie within 2 points. This is especially important to keep in mind when calculating party lead figures.