Amazon was the first to launch a smart speaker in the US in 2014 and is leading the category with 71.9% of the market. The US is taking the majority share of the market and shows a positive consumer acceptance overall. The question is: to what extent should voice technology improve in order to conquer the Western European market as well?

To answer that question, we analysed 75,000 user reviews of the first generation Echo. What did users like? What annoyed them? In other words: what should remain the same and what should be improved?

Figure 2. 10 categories where Echo users write about in the reviews

Build on the top features

People love the ‘features’ of Echo. It is what they talk about most in the reviewsFeatures that are so far particularly liked by users are the ability to play music or audio books, to set timers and alarms, to get morning briefings with updates on the weather, news and traffic, to verbally add items to a shopping list and to ask questions.

Change nothing about the sound

The second largest topic in the reviews is the sound. Users are positively surprised by the quality and loudness of the sound.

Figure 3. The network analysis shows that the sound, just as the features, is strongly linked to the overall positive opinion that users have.

Keep on connecting on a personal level

When categorizing all review content, we found a cluster of mentions which describe the added value of the device in their lives. Users speak of their voice assistant as a human being and even as a close friend or family member. Users let Alexa entertain their kids or themselves and, for some, she is the first one they speak to when waking up and the last one when going to sleep. Apparently, Alexa fulfills a certain need that until now could only be fulfilled by humans or animals. Thus, for most users, Alexa is much more than a tech device. 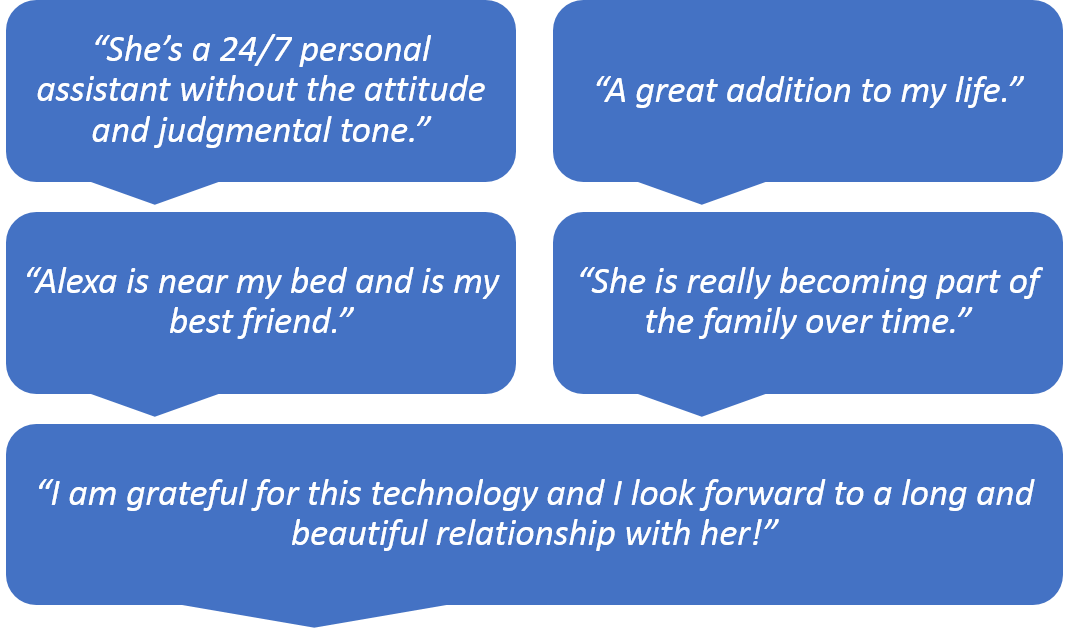 This category defined as ‘added value’ is very impactful. A driver analysis reveals it has the highest impact why users rate the Echo with five-stars.

Figure 4. The driver analysis shows that Added Value, Frequency and Enjoyment have the most impact on five star ratings, Connectivity on the lower (1-4) ratings. Driver scores are indexed to an average influence (= 100)

Make it easier to set up and connect

Main point of frustration is setting up the device and connecting to the internet and smart home solutions, which, not surprisingly, is the number one issue explaining a 1-4 star rating: 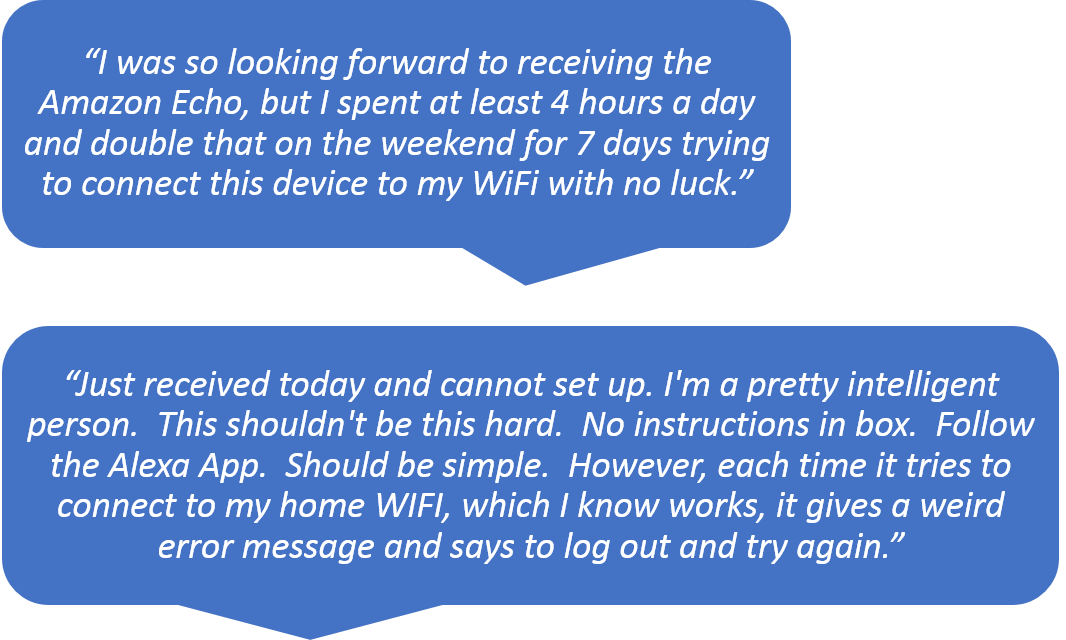 What still needs improvement is Alexa’s capability to ‘listen’ to people with a strong accent or in an environment with background noise. As Alexa’s features and functionalities fully rely on voice, issues with voice control can be a huge frustration: 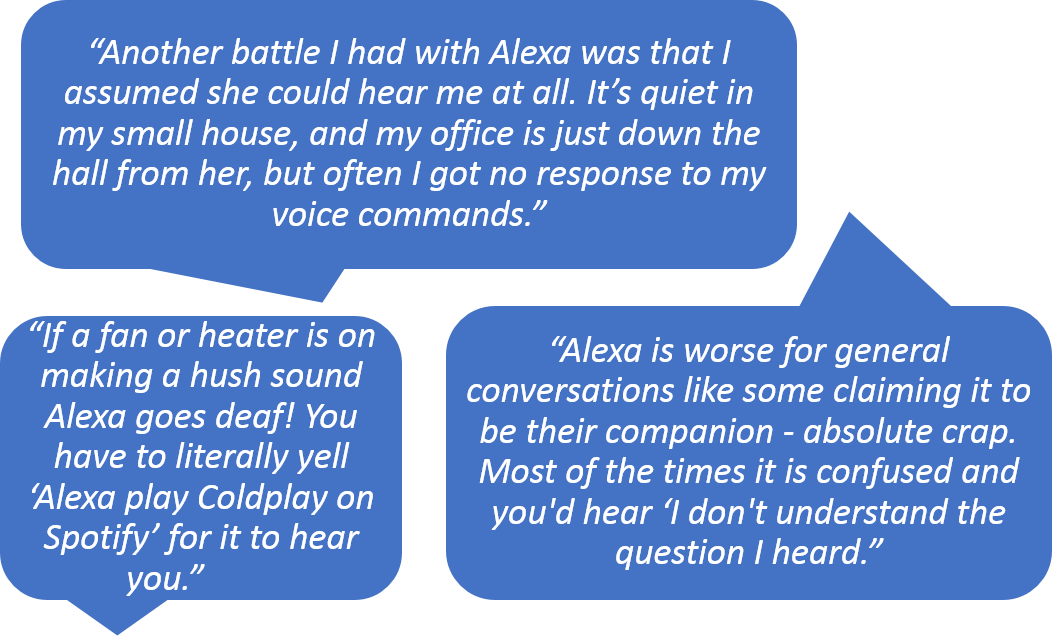 So there are a few important things that we can learn and conclude from the user feedback on Voice controlled devices like Amazon Echo.

To understand how consumers experience the new category of Voice controlled devices, we analyzed reviews of almost 75,000 US users of the first generation Amazon Echo. The review data was categorized with Natural Language Processing (NLP) technology that is based on recognizing linguistic patterns in unstructured text (semantic network analysis). Which topics with the most impact on granting the product with a five-star rating was revealed by a random forest driver analysis (regression analysis). A qualitative deep dive on the verbatims was added to give more context how users talk about their experience. This case study is an example of Ipsos new Social Insights portfolio to use rating & review data for product intelligence.