Only 14% of Britons think that the new funding announced for the NHS by the government will lead to actual improvements, according to the latest Ipsos Political Monitor. As the NHS celebrates its 70th year half the public (49%) believe the new funding will only be enough to maintain the current level of NHS services, but not to lead to improvements – a third 33% think the amount is not enough and the NHS will get worse. While there is some variation across party lines supporters of all parties are pessimistic the funding will lead to improvements - a quarter (23%) of Conservative voters believe the amount is enough to lead to improvements compared with 8% of Labour voters. More than half (55%) of Conservative voters and 47% of Labour voters think the amount is enough to maintain current levels, while one in five (21%) Conservatives and two in five (40%) Labour voters think it will still get worse). 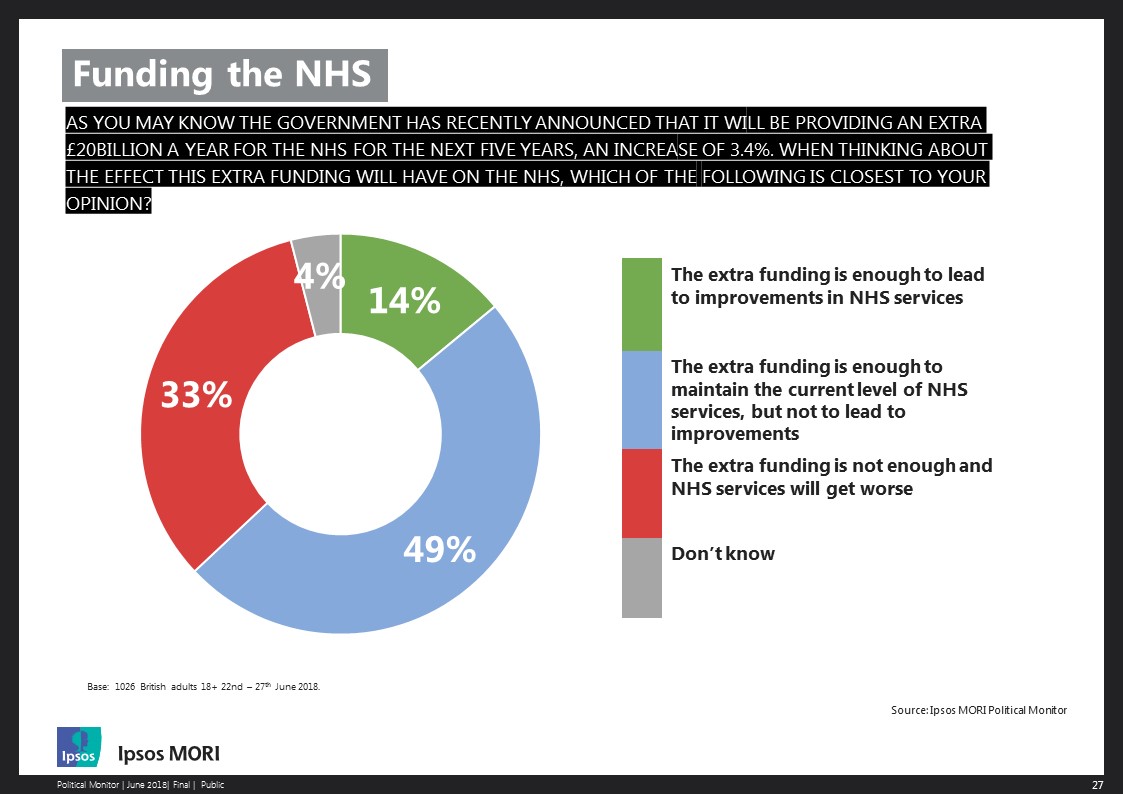 When asked in which ways they would support paying for this increased funding, most (55%) would back an increase in taxes while 55% also say that there should be more charges for NHS services for people on higher incomes (38% would support higher charges for everyone). One in five (21%) think the government should borrow more while another one in five (20%) believe the funding increase should be paid for reduced spending on other public services. 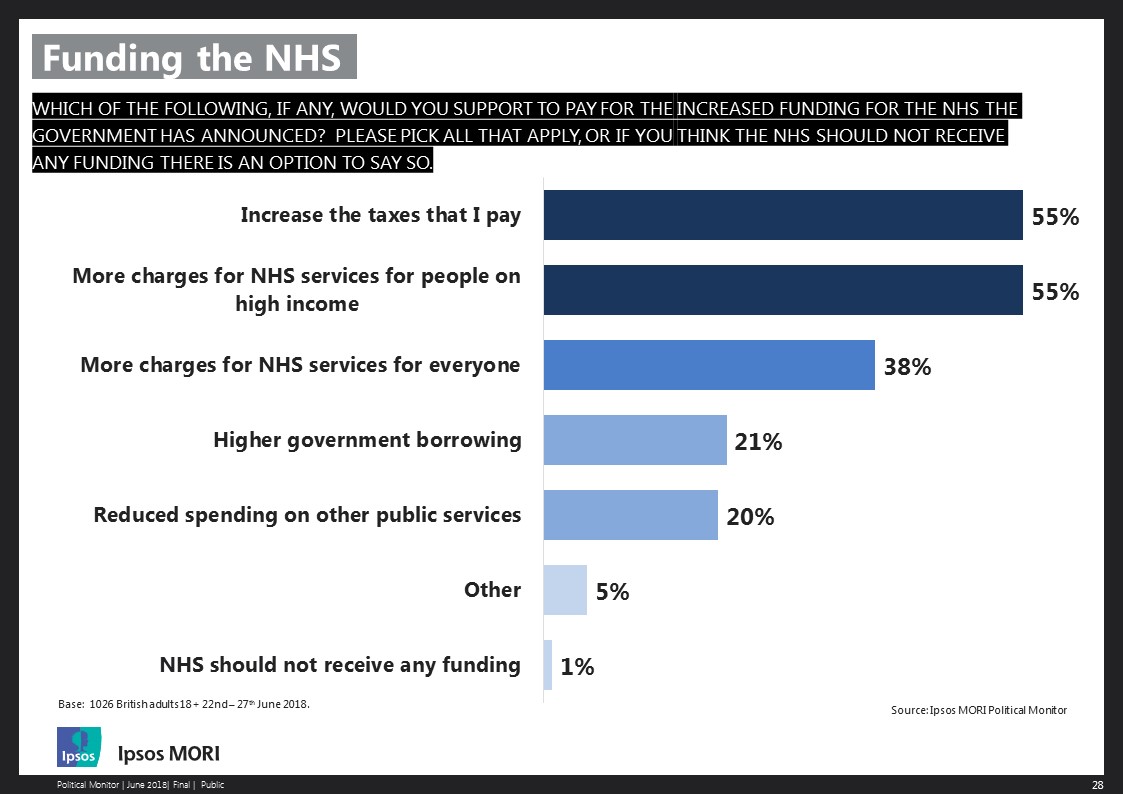 Labour are still seen as the party with the best policies on healthcare by the public. Two in four (40%) pick Labour as the best party, while 22% pick the Conservatives and 5% the Liberal Democrats. This is little change from when last asked in April 2017.

Brits want the best for their NHS, and often blame underfunding for its problems - and their concern about this is growing.  Given the challenges the NHS faces, even the extra funding announced by the Government isn’t enough to make them optimistic that it will improve in the future – nor has it changed Labour’s lead as best party on the issue in the eyes of the public.  Even so, as other research has shown, the public are willing to consider higher taxes or charges for higher earners to pay for this funding – certainly more so than cuts to spending on other public

Ipsos interviewed a representative sample of 1,026 adults aged 18+ across Great Britain. Interviews were conducted by telephone 22nd – 27th June 2018.  Data are weighted to the profile of the population.