In advance of the upcoming Mayoral elections, Ipsos has conducted research across England on perceptions of their impact on their areas and the public’s expectation for greater collaboration with the government in Westminster in the future, and how this differs by regions with and without mayors, and by party support. The poll was conducted on Ipsos’s new online random probability UK KnowledgePanel with 2,083 English adults aged 18+ in December last year:

Perceptions of the impact of city region mayors are positive overall 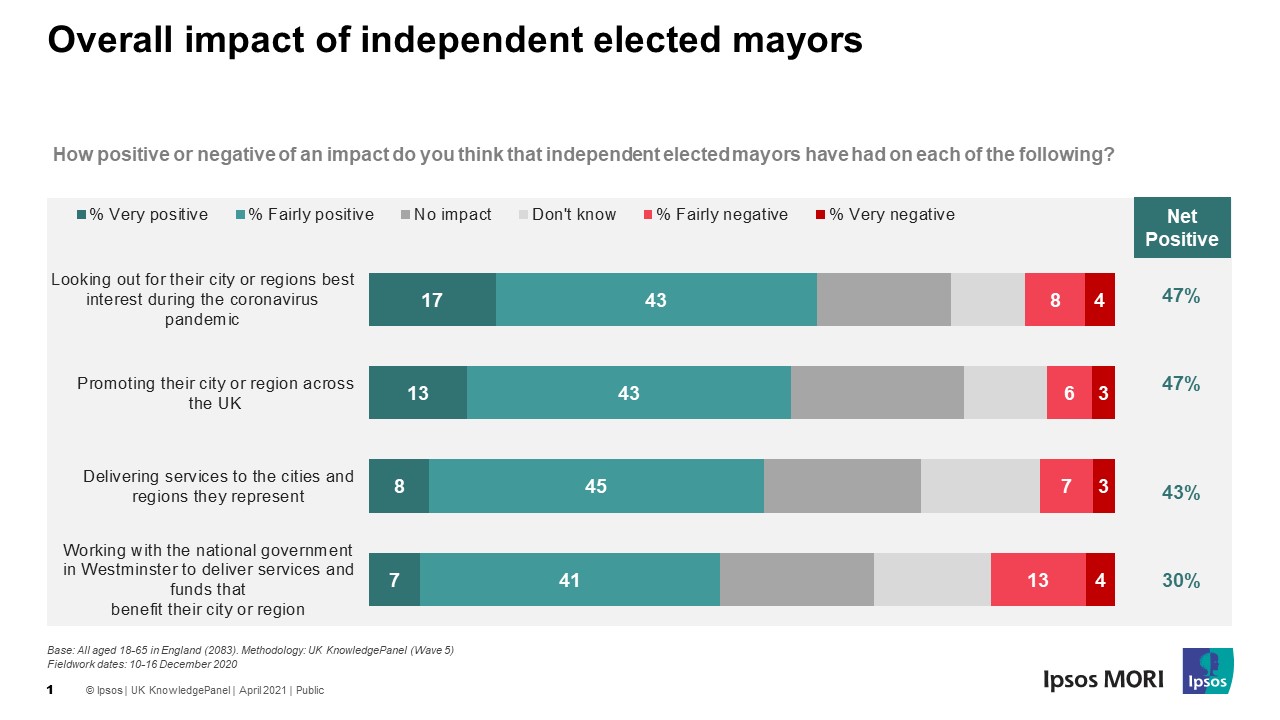 However, still potential for mayors to have greater impact on service delivery and bringing in more funds by working effectively with Westminster

Views are positive across the country, but slightly higher in current mayoral areas than those without one.  London though tends to have the most critics.

In future, there is an expectation of the government in Westminster to collaborate with city region mayors

Nationwide there is a recognition that the impact of mayors have been broadly positive. They are seen as advocates for their city regions and were seen to have stood up for their residents during the course of the pandemic. Moving forward there needs to be a renewed focus on frontline service delivery as there is some disparity in opinions across the country as to the positive impact they have had in this area, particularly in London. There is also a message from voters, which is for Government and city region mayors to collaborate across the political divide to deliver funding for projects aimed at levelling up the country

Ipsos interviewed a representative sample of 2,038 adults aged 18+ across England.  This data has been collected by Ipsos’s UK KnowledgePanel, a random probability panel which provides gold standard insights into the UK population, by providing bigger sample sizes via the most rigorous research methods. Interviews were conducted 10th-15th December 2020. Data are weighted to the profile of the population. All polls are subject to a wide range of potential sources of error.