The April 2021 Ipsos Issues Index shows that, over a year into the pandemic, half of the British public see COVID-19 as a big issue for the country. This is the same level of concern as recorded last month, when the Index recorded the first significant drop in concern since the start of the outbreak.

There has been a significant increase in the proportion mentioning climate change and the environment as a worry. Eighteen per cent mention this as an issue, up five percentage points since last month. This is the highest level of environmental concern recorded since the pandemic broke – the previous high score was 25%, reached in February 2020.

Race relations has also risen as a concern. It is mentioned by nine per cent of Britons as a big issue this month, up from five per cent in March. 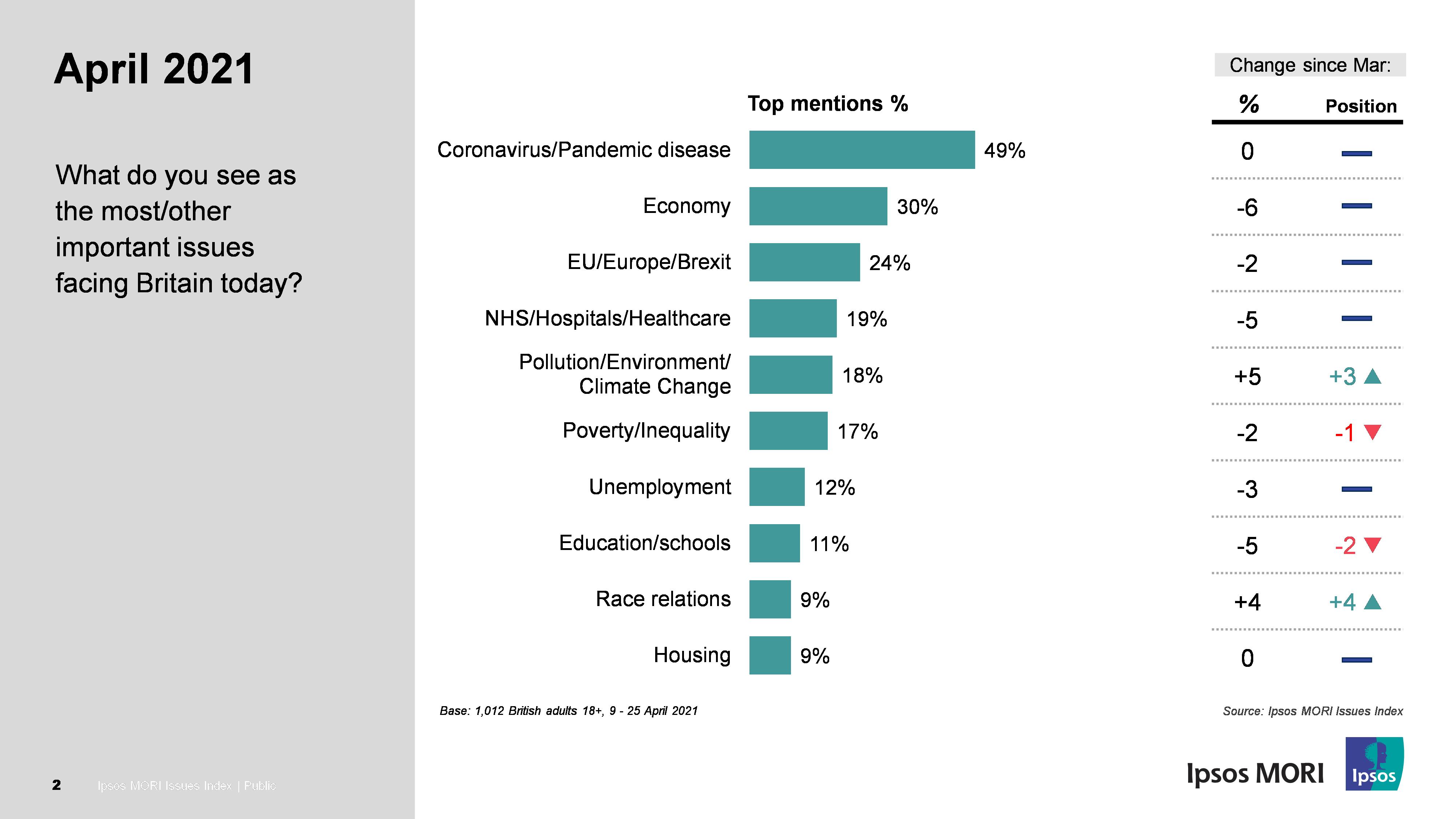 Rising concern about the environment and climate change is being driven by specific demographic subgroups within the wider population:

There are no significant differences in environmental concern between Britons of different ages. 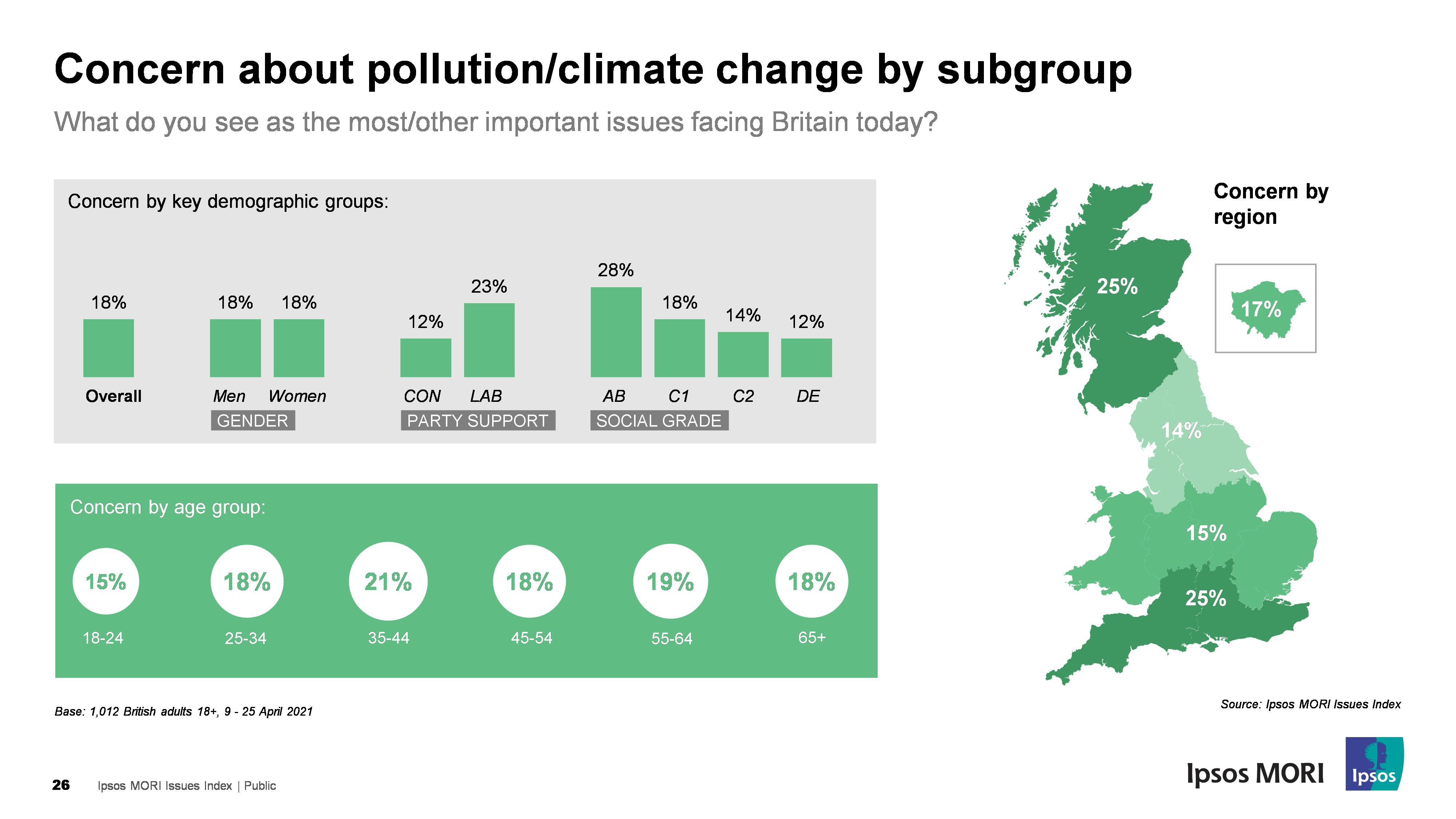 Public worries about COVID-19 remain at the slightly lower level of concern we recorded last month, although it is still seen as the biggest issue facing Britain by far. We have also seen the level of concern about other issues including the NHS, the economy and education falling compared with March.
The environment and climate change is the key rising concern this month, reaching the highest level we’ve seen since the pandemic broke last year.